COMING off a breathtaking win in the Sydney Cup, Miss Ezmae will hand much-hyped youngster Zac’s Entity a stern test at The Meadows on Saturday night. 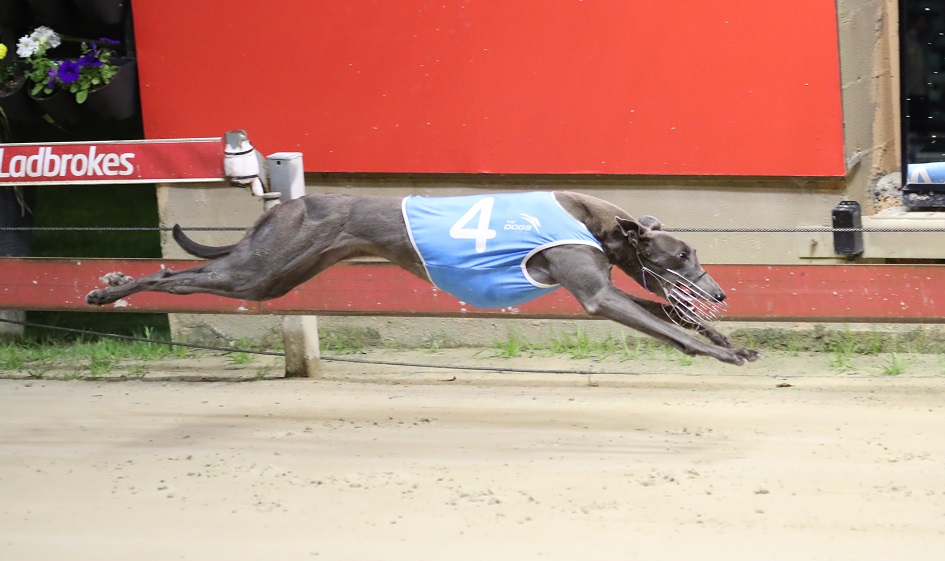 COMING off a breathtaking last-start victory in the Group 2 Sydney Cup, star NSW stayer Miss Ezmae will hand much-hyped Victorian youngster Zac’s Entity the toughest test of his brief career at The Meadows on Saturday night.

In a mouth-watering appetizer to the G1 Hume Cup heats, Miss Ezmae and Zac’s Entity will clash in race 1 at 6.35pm, with TAB rating them joint $2 favourites.

Trained by Ray Smith at Forbes, Miss Ezmae has made a sensational transition to middle and staying distances, winning nine of her last 11 starts, incredibly setting three track records along the way.

THE MEADOWS FIELD AND FORM SATURDAY

“You never know if they’re going to stay until they do it and when they’re running 29.60-odd at Wentworth Park and 29.40sec at Dubbo you wonder if she’s too fast to keep going.

“The 600s were enormous but they’ve still to go that bit further. They all stop somewhere!

“I’ve had some decent stayers – Little Digger (2nd G1 Association Cup) and Midnight Treat, which ran second to Fanta Bale in the Sydney Cup, but she’s in a different class to anything I’ve had previously. Going off other stayers I’ve had, the 41.70sec didn’t surprise me at all.

“She seems to be able to do it from off the pace as well, which is reassuring.”

Miss Ezmae has been handed the ‘visitor’s draw’ in Box 5 for Saturday’s opening event, with boom local Zac’s Entity, the winner of three from six for Kel Greenough, to exit Box 7.

It will be Miss Ezmae’s second start at The Meadows, after she ran seventh in a heat of the G1 Maturity in July; however Smith has no doubt she’ll be an entirely different proposition second time in Melbourne.

“She didn’t do a lot in the Maturity but that was 525m and she’s a different dog now. It’s not an easy race though,” he said.

“Miss Ezmae has an invitation to nominate for the Topgun (Stayers) and we’re expecting she’ll probably be there, so we need to make sure she’s ready.”

Smith is also bringing classy sprinter Jungle Deuce, winner of 16 from 27, highlighted by the G2 Flying Amy Classic in Brisbane where he defeated G1 Adelaide winner Do It, to The Meadows, hoping to enhance his claims for a Topgun (525m) berth.

Jungle Deuce also contested the Maturity heats, running third to Envy To Burn as the $2.20 favourite, and Smith bristled at the suggestion he’s the ‘travelling companion’ for Miss Ezmae on this occasion.

“If you don’t see them for six weeks, they’re gone and forgotten with you blokes!” he quipped.

“He split his webbing badly in his last win at Temora (September 10) but he’s been trialling nice.

“He’s got an invitation for the Topgun, but realistically if they were picking the field tomorrow I’d be surprised if he got in.

“But he’s ready to go, so we’re having a throw at the stumps and if he was to run really well it could push his claims for one of the spots that’s still up for grabs.”

Rounding out Smith’s representation at The Meadows is G1 Hume Cup contender Midnight Flash, which is well-found at $5 from Box 8 in the sixth and final heat.

“She normally waits until she’s 20/1 to win but she’s in the market on Saturday,” Smith laughed.

“She’s beaten ‘Deuce’ and ‘Ezmae’ in races so she’s a bit of a giant-killer.”