Mitchell Street To Make Maitland Cup His Own 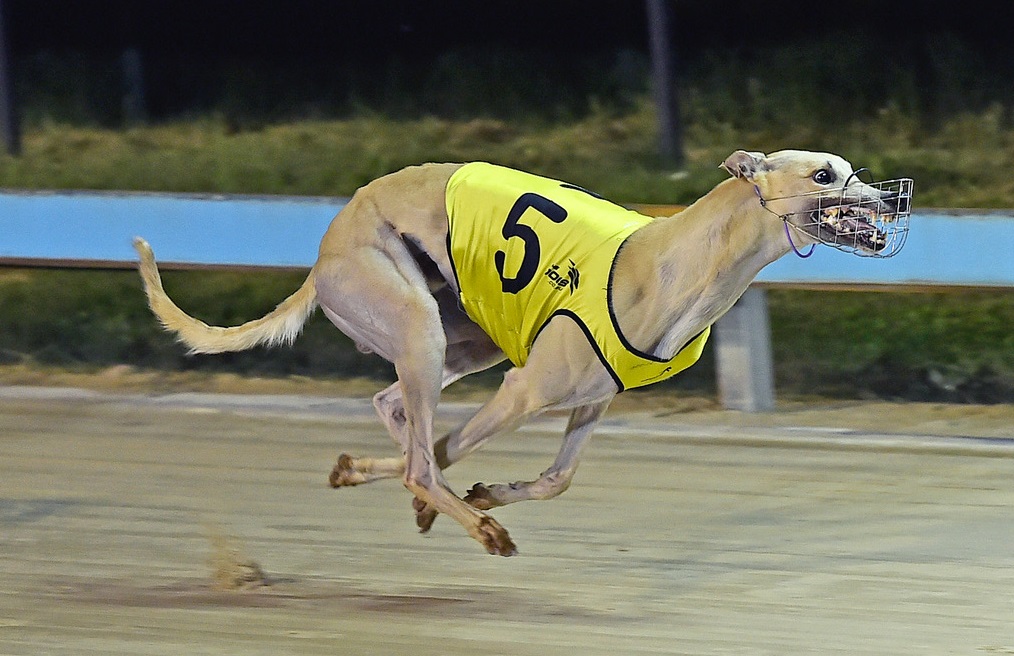 VETERAN Queensland galloper Mitchell Street, who turns four in June, gets his chance for group success when he comes out of the three box in the Group 2 Maitland Gold Cup (450m) on Monday night.

And trainer Jedda Cutlack is confident the son of Fernando Bale and Off And On is drawn perfectly.

“There is a lot of early pace in the final, but all of it seems to be outside him at the start,” said Jedda today.

“He’s in great form, and has a great chance.

“Interestingly, most of the finalists ran very similar first sections and much the same overall times.

“Obviously that means who begins best, has the early luck can win the final.”

The Cutlack kennel will not change the routine and will drive to Maitland from their Park Ridge base, on the outskirts of Brisbane, on race morning.

“He is a very good traveler and has done the trip successfully the past couple of weeks,” she said.

Banana bender Mitchell Street caused a minor boil over in Heat 1 of the G2 Maitland Gold Cup to advance to next week's $40,000 Final.

He landed the Ipswich Sprint last year, has been runner-up to the great Orchestrate in a Group 3 Rockhampton Cup and been a finalist in the Townsville Cup, Casino Cup and Carnival Sprint.

Jedda started work with the Tom Tzouvelis kennel late in 2019 and took over the training of the team a few months ago.

“Tom was just starting to break in Mitchell Street and the rest of the litter when I first started here so I know him so well,” she said. “He is such a beautiful dog. I have never heard him bark.”

Mitchell Street is owned by Tzouvelis family and friends.

Jedda has a strong hand in Thursday night racing at Ipswich and gives Stratergise a great hope in a 520m 5th Grade.

“He’s dropping back in grade and that will really suit him,” she said.

Showdown steps up to Best 8 class and takes on a top class field but Jedda is confident the dog will race well.