SARAH and Andrew Monaghan are struggling with complete and utter devastation at their flood ravaged Dyraaba property outside of Lismore. 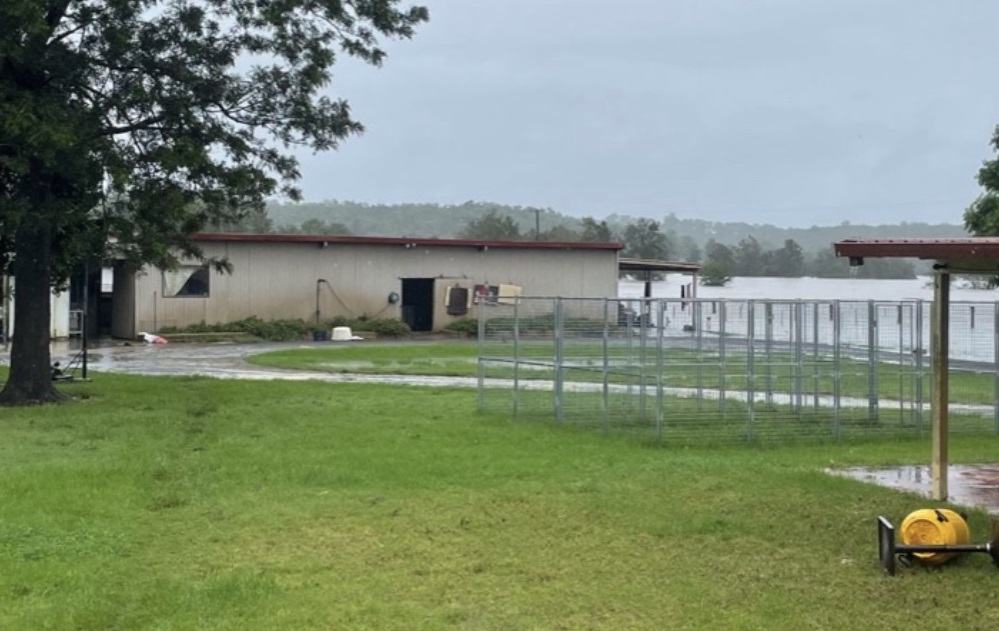 SARAH and Andrew Monaghan are struggling with complete and utter devastation at their flood ravaged Dyraaba property.

Dyraaba, 50 kilometres out of Lismore which has been completely submerged in flood waters, is the home of the Monaghans sprawling rearing and training facility which is home to 50 odd greyhounds.

In the last 36 hours the Monaghans have had to use every means available to keep their boys Ryan and Cooper and the greyhounds they are responsible for safe.

That’s meant at times bringing greyhounds into the house, using trailers, vans and leaning on neighbours to avoid the intensifying flood waters gripping the region.

The physical and emotional toll has been immense.

It was mid-morning on Monday when Sarah Monaghan began calling owners telling them to brace for the worst as flood waters worsened.

Attempts to evacuate were futile, with the family adamant they wouldn’t leave a greyhound behind.

Early on Tuesday morning, Sarah Monaghan took to Facebook to say that flood waters had levelled out, the first ray of light in what had been a harrowing 48 hours.

“Someone looked down on us yesterday at the right time as the water stopped just 7-8cm before Eden Creek broke its bank which would have been catastrophic for us if the two creeks had joined,” Monaghan said.

“It would have spilled in like a tidal wave had that happened.

“The water got to the back of our top sheds near the house from Doubtful Creek behind us, which is unbelievable, but nothing to what it could have been if it came in from next door as well.

“Presently the race dogs are back in the shed but the yard dogs are still in vehicles until we can assess the yards. A minimum of four yards are wiped out at the moment. 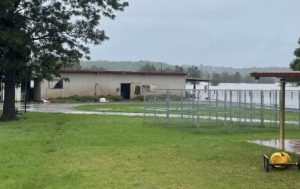 “The straight track is gone on the bottom half as well as three freezers in the race shed. We are unsure what else damage wise at this stage until the water recedes and we check structures.”

Greyhound Racing NSW (GRNSW) officials have been working tirelessly in attempts to secure means to safely evacuate the Monaghans and their 50 greyhounds from the property.

But those attempts were in vain given the significant strain on emergency services throughout Northern NSW as the region grapples with a one in five hundred year flood event.

“Thank you to the all day attempt by Rob (Assaf) at GRNSW who desperately tried to find a helicopter from all around NSW as the SES could not reach us,” Monaghan said.

“We had 398mm in 48 hours which is minimal to Lismore and Kyogle. Our thoughts are with everyone in those regions.

“We are all very exhausted but we made it to the other side in one piece. It’s been so mentally and physically draining.”

Like so many in Northern NSW, the real battle for the Monaghans will begin once flood waters recede and the true cost of the devastation is known.