MORE Sauce has staved off Louis Rumble to win a thrilling edition of the Village Green ‘Fat Albert’ Sprinters Cup (450m) at Grafton on Wednesday night. 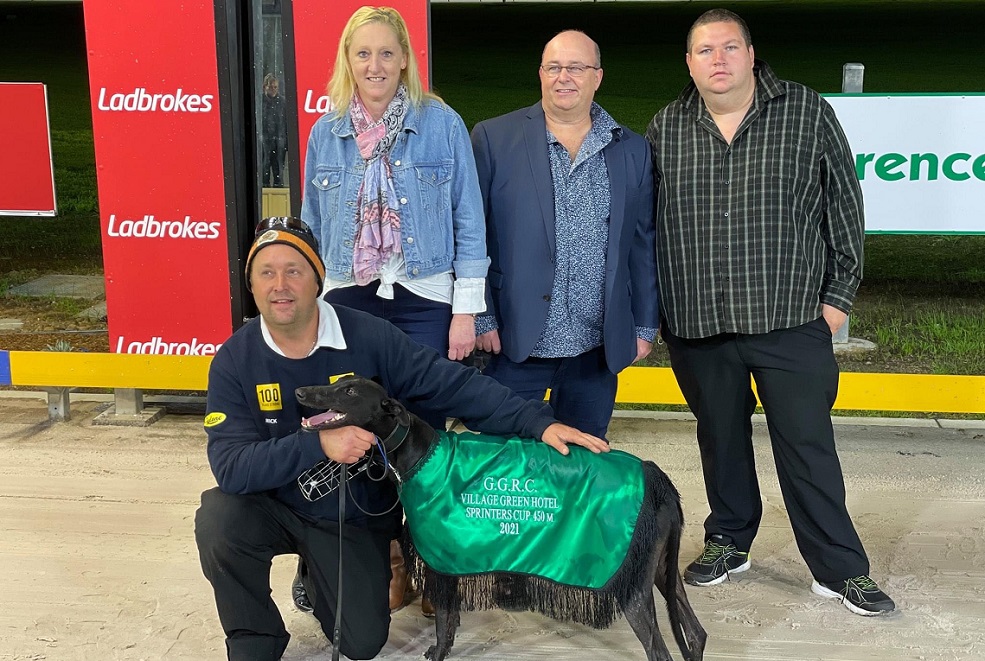 MORE Sauce has staved off Louis Rumble to win a thrilling edition of the Village Green ‘Fat Albert’ Sprinters Cup (450m) at Grafton on Wednesday night.

In a performance that handed Michelle and Michael Lill their first feature training success, More Sauce carved out a sizzling 25.18 to capture the $20,000 winner’s cheque in determined fashion.

Finishing a neck away in second was a gallant Louis Rumble for Steve Kavanagh while Casual Glance, a litter and kennelmate to More Sauce, finished third another 1 ¾ lengths away.

“I’m just so proud of both More Sauce and Casual Glance. Michelle and I pinch ourselves everyday with how lucky we are to have dogs of their ability.

“We go back four generations with this line and to have bred, reared, broken-in and raced these dogs just makes it all the more rewarding. Hard to put into words really.”

Beaten as an odds-on favourite in three of his past four starts, More Sauce went into the $20,000-to-the-winner decider as a firm second elect behind Casual Glance.

But after surging to the front the son of Keybow – which finished a narrow second to Ebby Jet Power in April’s Group 2 Maitland Cup – was always going to prove hard to run down.

“I really think the trips to Grafton in recent weeks will be the making of both dogs,” Lill added.

“You have to be tough and strong to win at this new Grafton track which is just unbelievable. If any tracks get built from here they should just use it as the blueprint.

“Behind the boxes it was a bit quiet at the finish but I thought he’d stuck on and won. You could tell he found that extra little gear when he needed to, which is what good dogs do.”

Now a winner at 11 of his 20 career starts, More Sauce’s unbridled turn of foot will have him in the firing line for a number of upcoming feature assignments, including the Million Dollar Chase which is now just a month away.

“The plan is to now reset and aim towards the Million Dollar Chase,” Lill said.

“To be honest, even the idea of being a chance in a race like the MDC makes the hairs on the back of my neck stand up. I’m really looking forward to getting More Sauce to Wenty – I think he’ll love the place with the way he races.”

Wednesday night’s Sprinters Cup Final took on extra significance with the Grafton Club naming the race in honour of the late Daryl Gleeson who sadly passed away last month.

Daryl, or Albert as he was more affectionately known, was a revered figure throughout the racing industry.