Motherhood No Obstacle For Oaks Winner

GROUP star Crazy Cool made a winning return to racing at Capalaba on Wednesday, 11 months after her previous start for Bob Jacobsen. 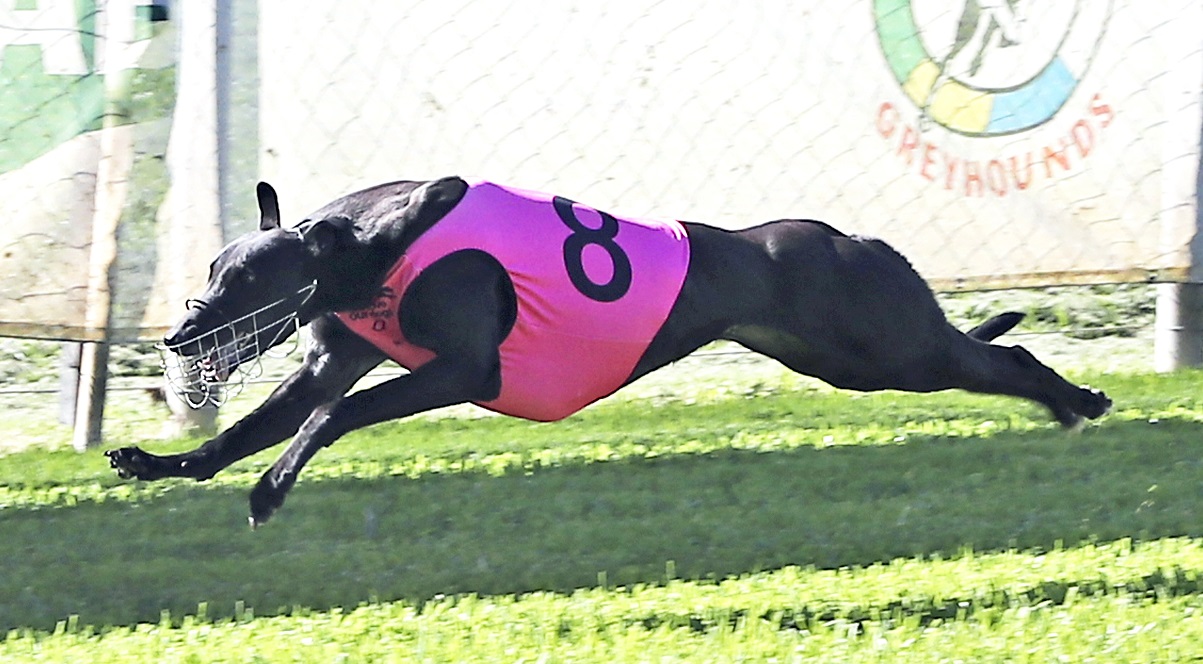 GROUP star Crazy Cool made a winning return to racing at Capalaba on Wednesday, 11 months after her previous start and having already produced a litter of nine pups.

The daughter of Barcia Bale and Crazy Sexy started $1.90 favourite in a mixed stake at Capalaba and scored by almost three lengths in 20.27.

She downed Break And Enter and Goggins to take her career stats to 38 starts for 15 wins and $170,000 in stakes for owner-trainer Rob Jacobsen.

She had not raced since finishing fifth to Shima Shine in a heat of the Group 1 Brisbane Cup at Albion Park on July 1 last year.

Crazy Cool the Queenslander scoots away to win the @richmond_greys Oaks…

“I was really proud of her,” said Jacobsen of the victory. “I decided to put her back into work after she started driving me mad wanting to go racing.

“I was putting her out in the paddock at home and she would run and run. She got herself fit again.

“About a month ago I decided to take her to Capalaba and trial her with three others, and they are all good dogs.  She beat them by four lengths and ran the second fastest of the day.

“She pulled up after the win on Wednesday barking again this morning and wanting to go again.”

Rob said he would keep trialing the bitch for the next few weeks with the aim of stepping her up to 500m racing.

“She is due on in September or October, but the Meteor race at Wenty around Million Dollar Chase time then is a big lure for us,” he said.

“She won’t race again for another month, but we will keep her going.”

Crazy Cool was “a special” at Capalaba against a mixed grade field considering the glorious career record she took into the race.

Fairly good credentials for a Capalaba assignment albeit after producing a litter of pups.