Mr. Speaker All The Talk Ahead Of Hume Cup

HE’S the hulking 37 kilo greyhound out to deliver trainer Josh Formosa and his team of first time owners group 1 glory at their first time of trying. 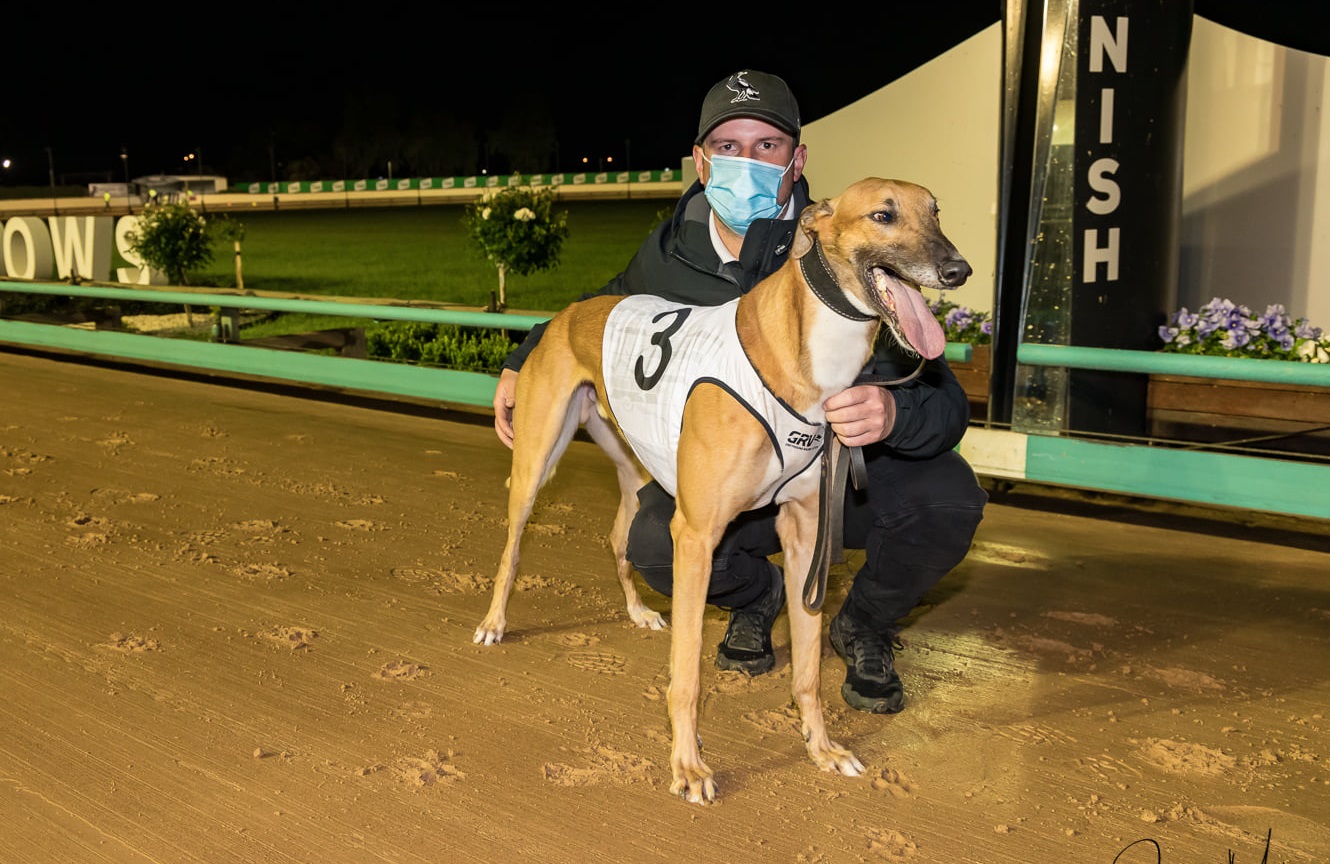 HE’S the hulking 37 kilo greyhound out to deliver trainer Josh Formosa and his team of first time owners group 1 glory at their first time of trying.

“I’m trying to keep everything like any other week and maintain the routine but it hasn’t been easy,” Formosa said.

“The phone hasn’t stopped and his owners are obviously pretty pumped. But there’s a job to do to get him there on Monday night in the best condition possible and so far everything has gone to plan.”

The impressive performance secured the son of former Melbourne Cup winner Black Magic Opal a place in the Hume Cup for the Mr. Speakers syndicate headed up by Sportsbet’s Patty Garschagen which comprises a host of top flight AFL players.

“Patty came to me early last year and said he had a group of guys wanting to buy a nice dog,” Formosa said.

“I didn’t rush things as I wanted to get it right and one day Jamie Ennis told me he had a quick dog for sale but was a real mental case.

“Jamie had been good in selling a few to me in the past and after watching this bloke trial we bought him and it’s all turned out fantastic.

“But Jamie was spot on, he’s a shocking kennel dog, always on the go and never stops barking. Slowly though he’s getting better and sorting himself out.

“Let’s just say he’s got plenty of personality. He tests you.”

Mr. Speaker has drawn box two for Monday night’s Hume Cup where TAB Fixed Odds currently have him at $9.50.

The Group 3 Top Cat Video Cup winner landed her heat in 34.53 for Andrea Dailly which has made for an interesting week at the Dailly Anakie base that Formosa also calls home.

“I’ve been working for the Daillys for about five months now,” Formosa said.

“I have five or so kennels for my dogs and I am learning a lot but the long term ambition is to branch out on my own when I’ve got some money and more experience behind me.

“I’ve set myself some targets and if we could win on Monday night then I’d have reached one of those a lot quicker than I’d planned!”

Doing his utmost to keep a lid on things, Formosa is cautiously optimistic that his big striding chaser can create an impression in the rich middle distance final.

“With the ten days between the heat and final I gave him a post-to-post at The Meadows on Wednesday and he went the best he’s ever gone – ran home in 11.68,” Formosa said.

“As soon as you think a race will be run a certain way it’s not but I thought the three (Mirror Illusion) might lead and hopefully we can get on the fence and a nice trail through.

Middle distance stars were out in force @TheMeadowsDogs tonight for the Group 1 #HumeCup heats.

“Because he is 37 kilos the main thing is that his momentum isn’t stopped because it takes him a good while to wind back up again.

“I really can see him getting himself into the finish without sounding overconfident if things go his way.”

While Monday’s Hume Cup is firmly in front of mind, Formosa plans to head to the Group 1 Bold Trease (715m) at Sandown Park in late November with his rising stayer.

“We’ve gone for the jugular going straight to group 1 but with the way he’s racing I really do think he’s got a nice race in him,” Formosa said.

“Monday is my first group race final but I’m fortunate to have handled plenty for the Daillys. I can’t wait – it’ll be a top night.”