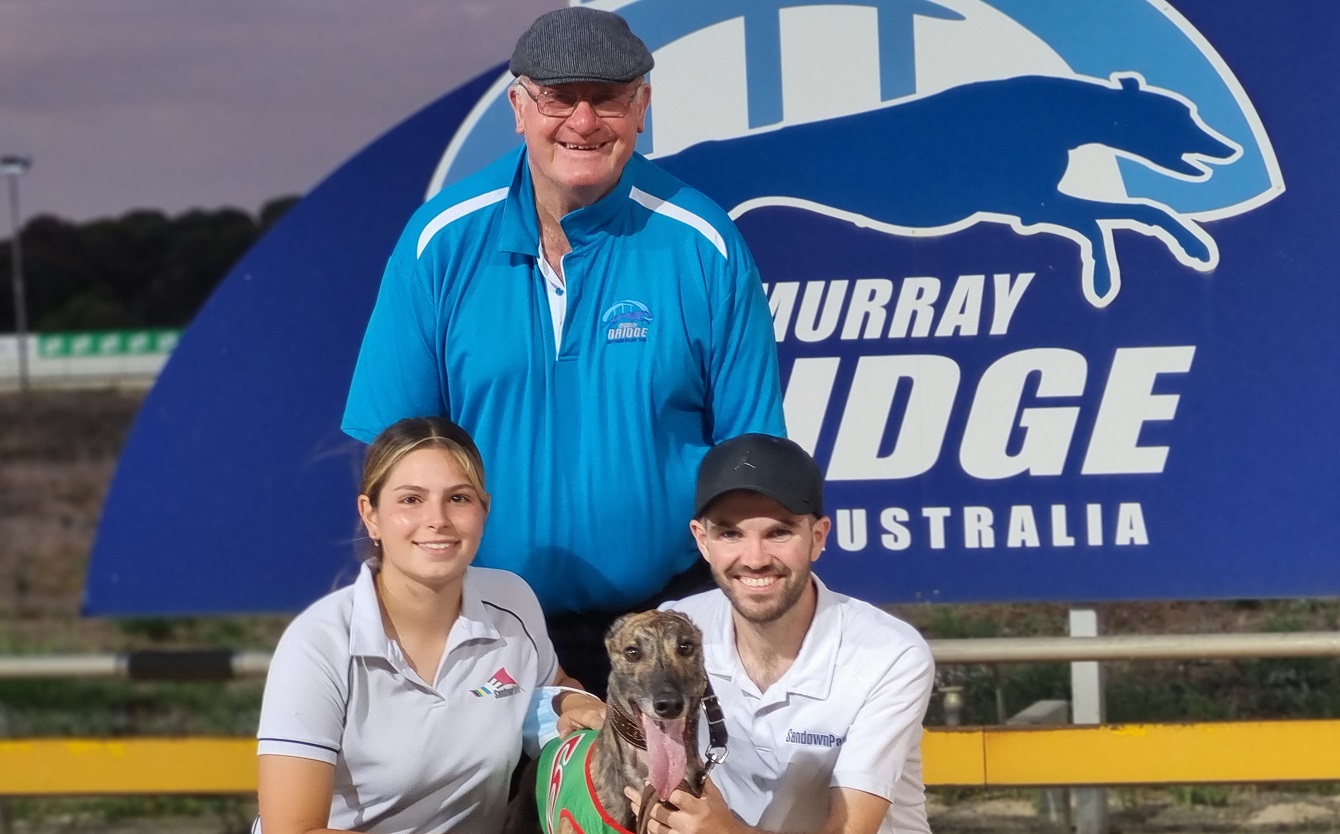 That honour is with the well drawn Weblec Jet which was a fast finishing second to Fantastic Victor but has come up with box two in the final.

Weblec Ranger has drawn the eight.

He ran 25.27 to win his heat at the juicy odds of $12 despite being a last start Sandown winner.

“He’s a nice dog who went really well in the heat win and is sure to improve because none of the dogs from the kennel had been to Murray Bridge before the heats,” said Angela.

But Angela warmed to the chances of Weblec Jet.

“He got wide at the home turn and was probably a little unlucky not to have won.

“He is well placed in the final and if he can hold a spot early, he is very strong.”

Angela believes if Cup first reserve Mepunga Mustang gets a start he can win.

“He was a fantastic run in the heat,” she said.

“He is one of those lovely Weblec dogs who have the very best of temperaments,” said Angela. “It runs right through the entire family. They make wonderful pets when they are finished racing.”

Langton said she and Jeff were looking forward to a promising next year.

“We have a lot of young pups coming through, including a Mepunga Blazer litter half relations to Do It and Mr Fix It who look absolutely fabulous,” she said.

“There are a few exceptional Mepunga Blazers in the pre-training kennels.”

Cameron Butcher too has a two-pronged attack on the Cup final with heat winners Rosie Red and that grand galloper Jack’s Well.

The latter is the winner of 31 races and he has been in numerous feature race finals.

“Jeff is heading to Perth to handle Mepunga Ruby in the Group 1 Galaxy over there,” said Angela.

“The boys who took the team to Murray Bridge will be handling them again for the final.

“Yes, that’s right, I’ll be staying home to do all the work!”