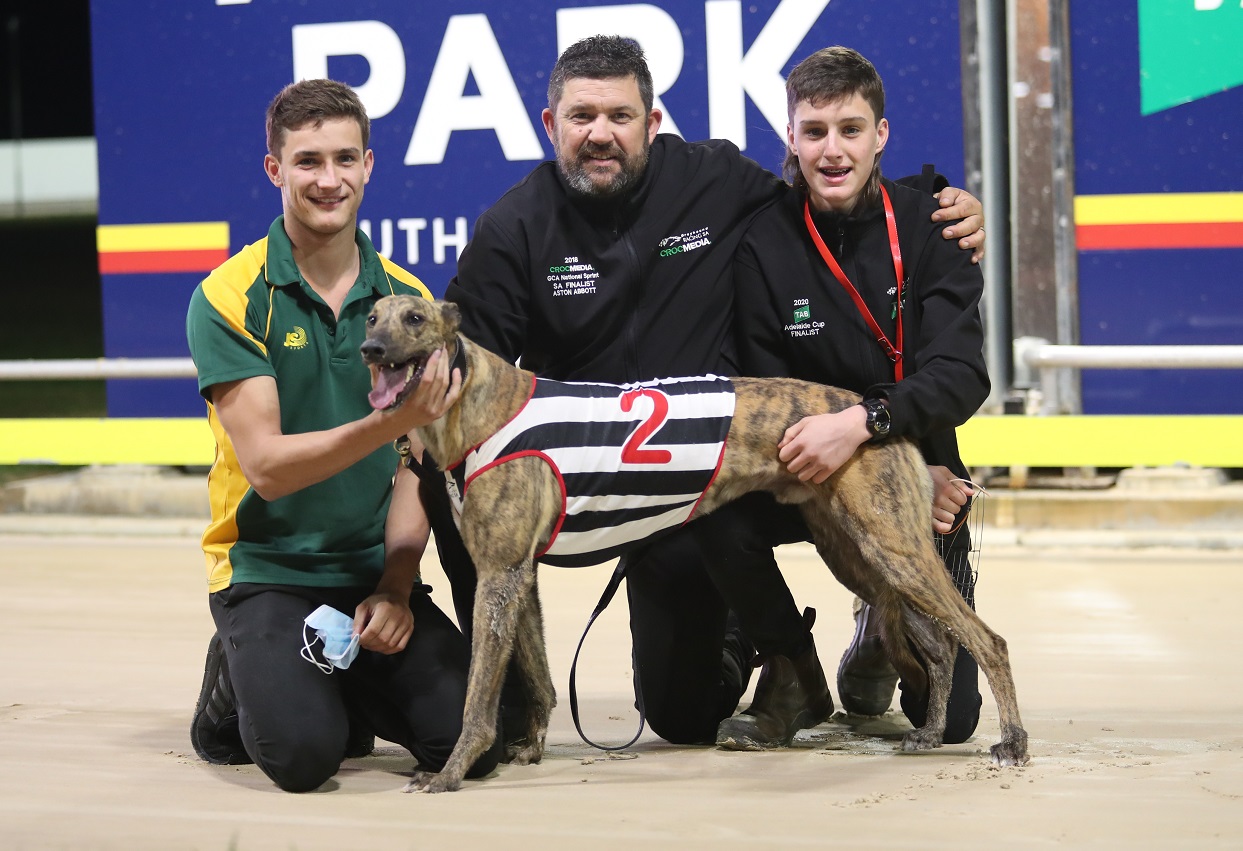 The trio landed the Cup in 2020 with Golden Night and this year rely on veteran Major Major and Golden Night’s three-quarter brother Came And Went.

And, for Murray, it could well be his third victory in the race having also won with Miss Spicy way back in 2006, that bitch then going on to win the Group 1 Australian Cup as well.

He is in his final racing campaign according to part-owner Terry Hill.

“He’s had a few injury problems of late which have kept him sidelined,” Hill said.

“He’s been battling a wrist problem which Troy works on daily.

“But the old boy is improving with every run and he has absolutely his perfect box in the final.”

“Every time Troy gallops him at home he ice packs his wrist and has been taking him to the beach often as well,” Hill said.

“He’s been an unbelievable dog for us.”

But kennelmate Came And Went (Barcia Bale-Hillary) is a brilliant beginner and Hill says the dog only has to lead to be hard to run down.

“He’s got great early pace and to be in an Adelaide Cup final at his young age is a fantastic achievement,” Hill said.

Major Major won his heat of the Cup last week in 30.48 beating Weblec Jet, while Came And Went led throughout in 30.33 to beat Stout Monelli.

“But the one you don’t want sitting on your back early is the eight,” he said pointing to star sprinter Aston Rupee.

Aston Rupee earned automatic entry into the Cup final when winning the recent Match Race Challenge at Angle Park running 29.95, the quickest to date on the remodeled Angle Park track.

Cameron and Yvonne Butcher will be chasing their first Adelaide Cup with Jack’s Well (Aston Dee Bee-Molly Be Nimble) which won his heat last week in 30.42.

The Butcher kennel’s former Group 1 star Worm Burner finished second in the 2016 Adelaide Cup and was a finalist again in 2017.