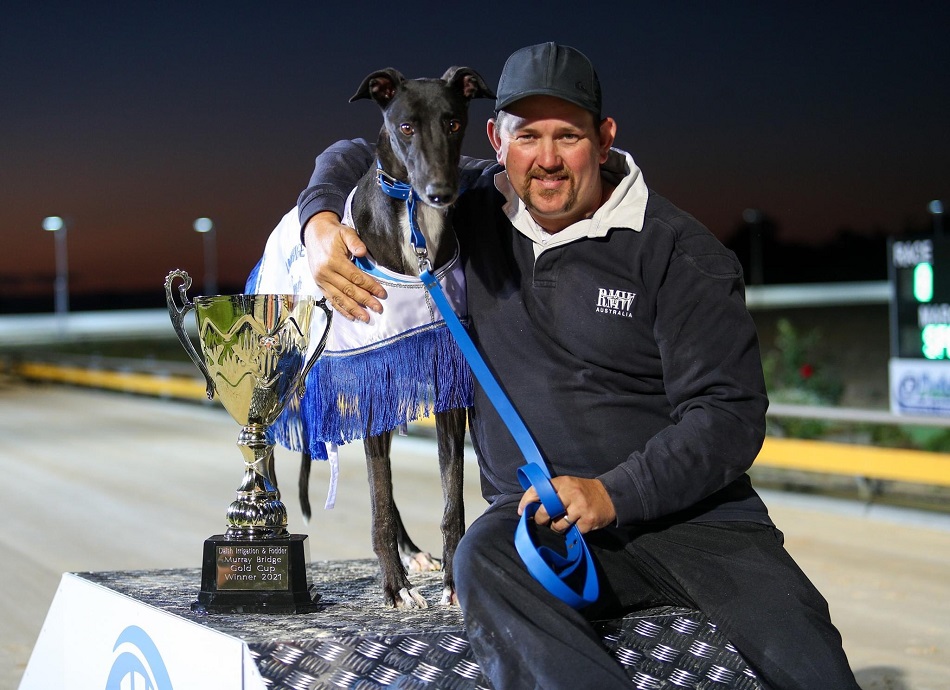 His star sprinter Air Marshall landed the Listed Murray Bridge Cup (455m) but Ray was left lamenting after his other Cup finalist Bold Mirage broke his hock in running.

Air Marshall (Banjo Boy-Aunty Chopper by Collide) led throughout to win the Cup final by three-quarters of a length over Run Baba Run with Undercut in third almost two lengths away.

Air Marshall had been a finalist in the Cup in 2020.

He was named 2020 South Australian short course sprinter of the year after breaking the short course record at Angle Park.

He has also been third in a G3 Gawler Gold Cup and a finalist in the SA Sprint Championship.

Ray got the dog on a pup rearing deal from one of his owners who had bred the litter.

“No,” he said. “We have not made any plans for him in the immediate future.”

The Cup victory was Air Marshall’s fifth win in his past six starts.