TWO-time Group 1 winner He Knows Uno, the idol of the Northern Rivers racing scene, sadly passed away on Tuesday morning at 13 years of age. 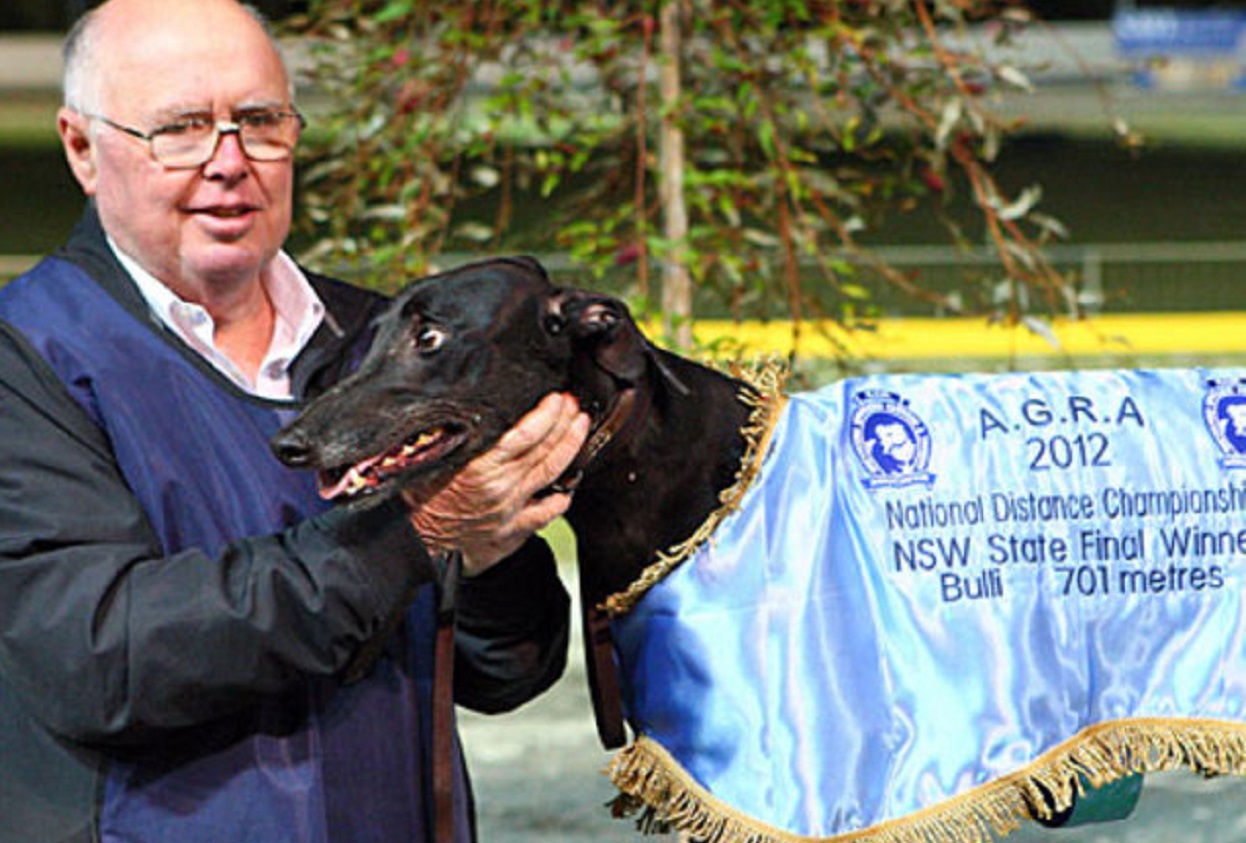 HE Knows Uno, the idol of the Northern Rivers, sadly passed away on Tuesday at 13 years of age.

And the passing has devastated the man who took him to group 1 greatness, owner-trainer Mick Patterson.

The black dog, whelped in 2008, won two Group 1s, the Brisbane Cup and Gold Cup, both at Albion Park.

He also finished second in a Group 1 Golden Easter Egg and made 24 group finals during a truly remarkable career.

But on Tuesday, Mick Patterson drove home from having to undergo the hardest decision of his life, putting to rest his beloved mate after cancer had roared into his life, Mick’s thoughts only of the dog that had changed his and wife Lillian’s life.

“Every single day of his life, that dog and I had a meat pie together,” said Mick. “It was just something we did.

“He was the people’s dog. The night he won the Grafton Cup and broke the track record was something people still talk about today.

“People who had never been to the dogs came to Grafton that night just to see him race.”

Mick said a lump developed on the dog’s shoulder only recently and it grew “really quickly”.

“He’d got a bit dottery on his back legs and when I took him to the vet this morning I realised it was time,” he said.

Mick broke down several times when just relating how much he and Lillian loved their dog and how much he meant to them.

“He had plenty of cheek, that’s for sure,” said Mick.

“In his latter days he became the house watch dog. He wouldn’t let anyone in who didn’t need to be in the house yard.

“But that was just him.

“GWIC does not understand just how much people love their dogs.”

The love between Mick and He Knows Uno, pie eaters every single day of their lives, is on for show now … just as it has been right through the dog’s wonderful racing career.