NEVILLE Allison is happy to fly a little under the radar with Nail 'Em Fencer ahead of the Ladbrokes Illingworth Classic Final next week at Launceston. 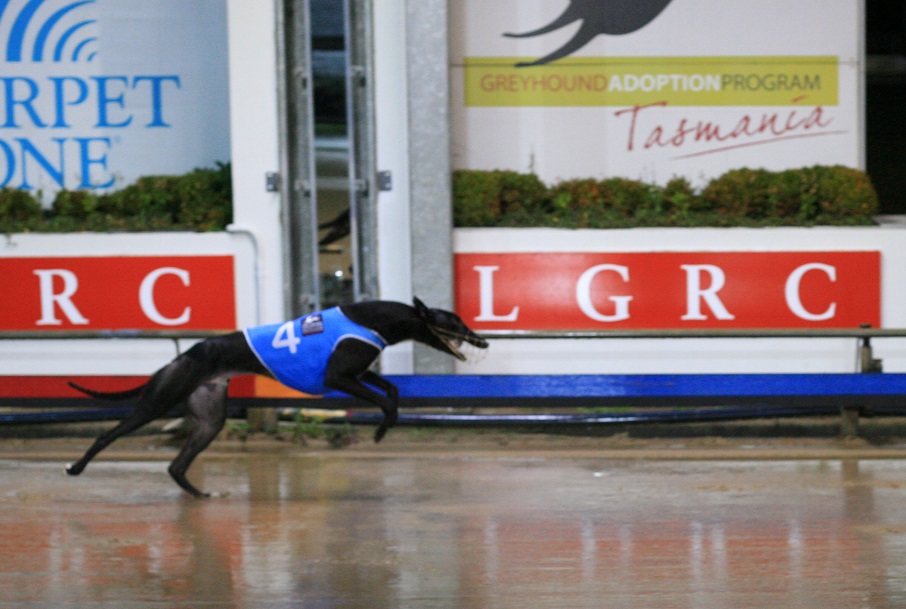 Trainer Neville Allison is happy to fly a little under the radar with the Aston Dee Bee sprinter Nail ‘Em Fencer by not placing huge expectations on his upcoming start in the Ladbrokes Illingworth Classic Final (515m) next week at Launceston.

But don’t be mistaken, the Dilston-based conditioner rates his black chaser a nice dog with his bustling early speed.

Given that the field was reduced to just three runners in the opening heat of the Illingworth Classic on Monday night, the son of Aston Dee Bee and Hoity Toity showed class after missing the start to rail through and take the lead mid race.

Nail ‘Em Fencer powered away to score by two and three quarter lengths over Mono’s Eclipse in running 29.92.

“Like I and everyone else thought, how could the dog miss the start in a small field, you can’t afford any mistakes this week in the final especially having a full field, but box one is very helpful but he will need to things right,” the trainer stated.

Owner Kingsley Jarman bought Nail ‘Em Fencer at three-months old from local breeders Bill and Anne Witherden, with trainer Neville Allison also rearing and pre-training the dog right up to his first ever start in November 2021.

Both Jarman and Allison have raced numerous dogs together previously with Dilston Fencer (six wins) being the best.

To date Nail ‘Em Fencer has won seven races from 20 starts with nine minor placings, and his form around the Launceston track stands with two wins from four starts over the 515-metre trip, boasting a personal best time of 29.91 seconds.

Jumping from box one, Nail ‘Em Fencer will face some very stiff opposition in the Ladbrokes Illingworth Classic Final, including heat winners Dashing Pippa and Dancer Of Flame with Launceston Breeders winner Just Posh in the field.

However, Neville Allison is sold that the best dog in the prestigious Tasbred feature is the flying Dancer Of Flame.

“I’m not convinced overall that Nail ‘Em Fencer isn’t biased to having drawn box 1, he has won from most draws and just needs to be come out at the start to run his race, once you place them in the boxes it’s out of everyone’s control.

“Dancer Of Flame (David Swan) is by far the best dog in the field he only needs to overcome the wide draw,” he said.

Neville Allison will be chasing his third victory in the $16,100 Ladbrokes Illingworth Classic on this coming Monday night having previously won the race with Dilston Prince in 1992 and Dilston Diamond in 2005 both classy chasers’.

In 2005, Neville qualified four runners from the Exceptional – Dilston Classic litter and would record the first ever trifecta as a breeder/trainer with Dilston Diamond winning the race off box 5 from Dilston Jet and Dilston Jewell.