'Nervous' Kerry And The Captain In First Group Final

KERRY Bussian admits to being nervous as he heads into his first Group final in 12 years in greyhounds in Thursday's Ipswich Cup with Captain Bizarre. 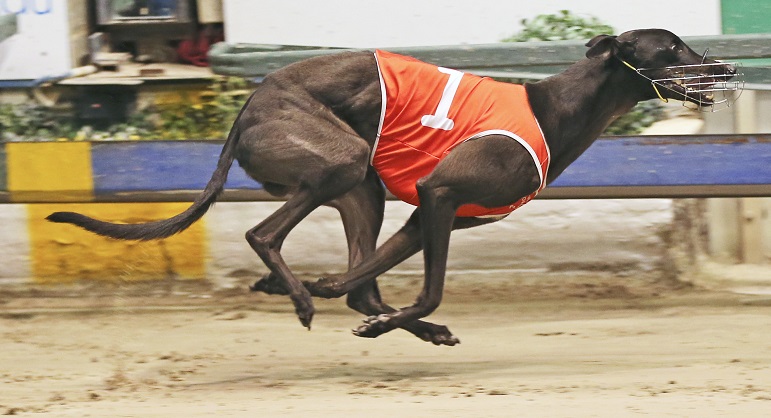 KERRY Bussian admits to being nervous as he heads into his first Group final in 12 years of training greyhounds in Thursday night’s Group 2 Ipswich Gold Cup (520m) with Captain Bizarre.

Captain Bizarre (Fabregas-Alpha Iris) upset hot favourite Orchestrate to win his heat of the Cup last week in 30.47 when off the rails and the winner of nine races comes into the final off that coveted box again.

“I look at all those good dogs and all those top trainers and yes I’m nervous,” said Kerry who trains out of a 13-acre property at Elimbah on the northern outskirts of Brisbane.

“A friend of mine had heard Chris was selling some of the litter so I approached him about buying one,” said Kerry. “We bought him for $3500, took him home and reared him ourselves with a couple of pups we’d bought from the Kleinhans. 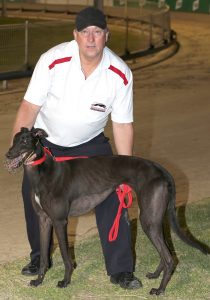 “Those two, Faster Than Hoot and Hoot Hoot Go have both won races as well.”

From the moment Kerry Put Captain Bizarre into training he has continued to improve and improve.

“Everything we’ve done with him he has kept finding something, kept getting better and better,” he said.

The Cup heat victory over Orchestrate was strong.

“He really matched it with Orchestrate in the heat and he’s a really good dog,” said Kerry.

Of his Cup final chances, Kerry is hoping his box draw luck with run  with him in the race.

“I was the last one to pick the box and Jedda (Cutlack) tossed up between the two boxes left and I got what was remaining … box one,” said Kerry.

“He has a good chance in the final, if he jumps. They will know he has been in the race.

“It is good having Extra Malt in the two box because she is not a brilliant beginner and hopefully she will give us some room early.

“Captain Bizarre does like to use a little bit of the track.”

Kerry reports the dog was flat for a day after the Cup heat win.

“He’s been racing over shorter distances and that has not worried him, but being in a Cup heat and over a longer distance it left him a bit flat for a day or two after the race,” he said.

“But, I’ve had him checked over and he has no worries. I’ve been worried about what to do with him in the lead-up to the final.”

Kerry and his wife Jodie both work, Kerry for Queensland Rail, and son Jayden was given the job of naming their dog.

It is not Kerry’s first time in the big time.

“I knew Col Bell really well at Queensland Rail and he got me into a dog called Totally Serious many years ago,” said Kerry.