THE launch of the new and improved Angle Park is just weeks away with the eagerly awaited return meeting slated for Thursday, August 26. 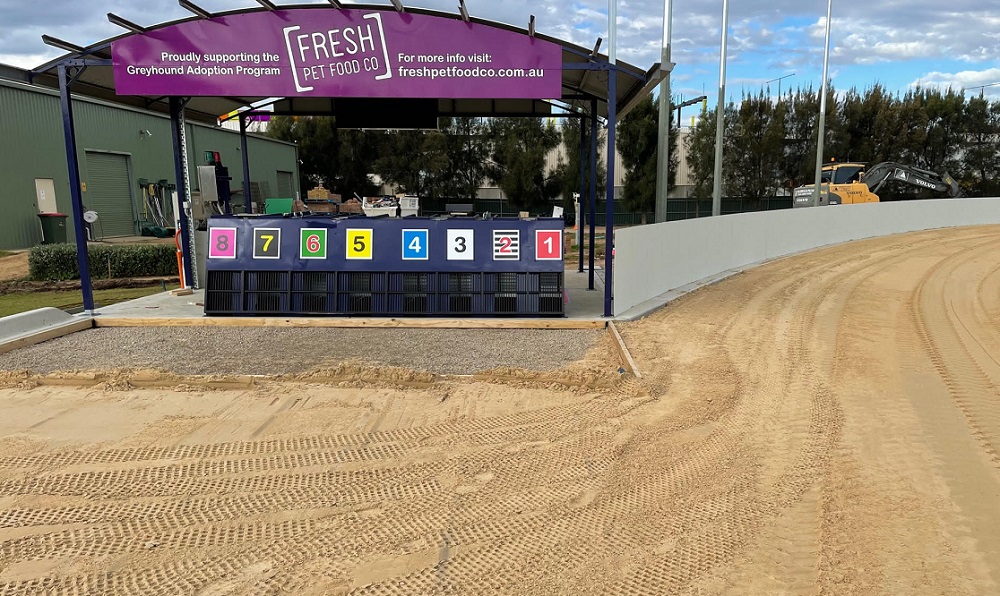 THE launch of the new and improved Angle Park is just weeks away with the eagerly awaited return meeting slated for Thursday, August 26.

The home of South Australian greyhound racing has been sidelined since April while significant works were carried out to deliver participants a world-class metropolitan racing venue.

And while issues around Covid and unforeseen weather have slightly delayed the project, all is in readiness for a much anticipated return to racing later this month.

“It’s been a bumpy road and we’ve had our challenges but we are on track for a return on August 26,” said GRSA CEO Matt Corby.

“The weather during winter hasn’t been kind and with contractors coming in from Brisbane, Sydney and Melbourne we’ve had our Covid challenges as well.

“But through the incredibly hard work of all involved we’ve managed to finish the project close to on schedule.

“And the early feedback we’re receiving from participants that have seen the track has been great.” 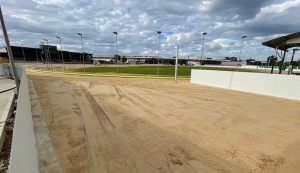 A SafeChase lure has also been installed, doing away with the old cable system.

The eagerly awaited resumption comes just in time for the staging of the Group 3 SA Derby and Oaks which are scheduled to begin on Thursday, September 9.

The age-restricted events kick off a big month of racing which culminates in the Group 1 Adelaide Cup with heats of the $100,000-to-the-winner showpiece set for September 30.

“When we began the project we wanted to make sure we didn’t compromise these races and we’ve achieved that,” Corby said.

“Our participants have been fantastic over the past five months. At the outset some were understandably jittery about Angle Park being down for so long but now they’re seeing the finished product they couldn’t be more excited.” 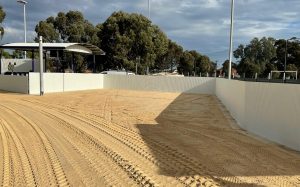 The unveiling of the new Angle Park continues what’s been a significant few years for Greyhound Racing SA in regards to track upgrades and animal welfare initiatives.

Racing at Murray Bridge’s new state-of-the art one-turn track has gone from strength-to-strength as has the complex’s popular straight track.