YOUTHFUL trainer Vadim Roz and a bunch of mates head to Angle Park on Friday for their first taste of G1 racing with Spring Lilac in the Adelaide Cup. 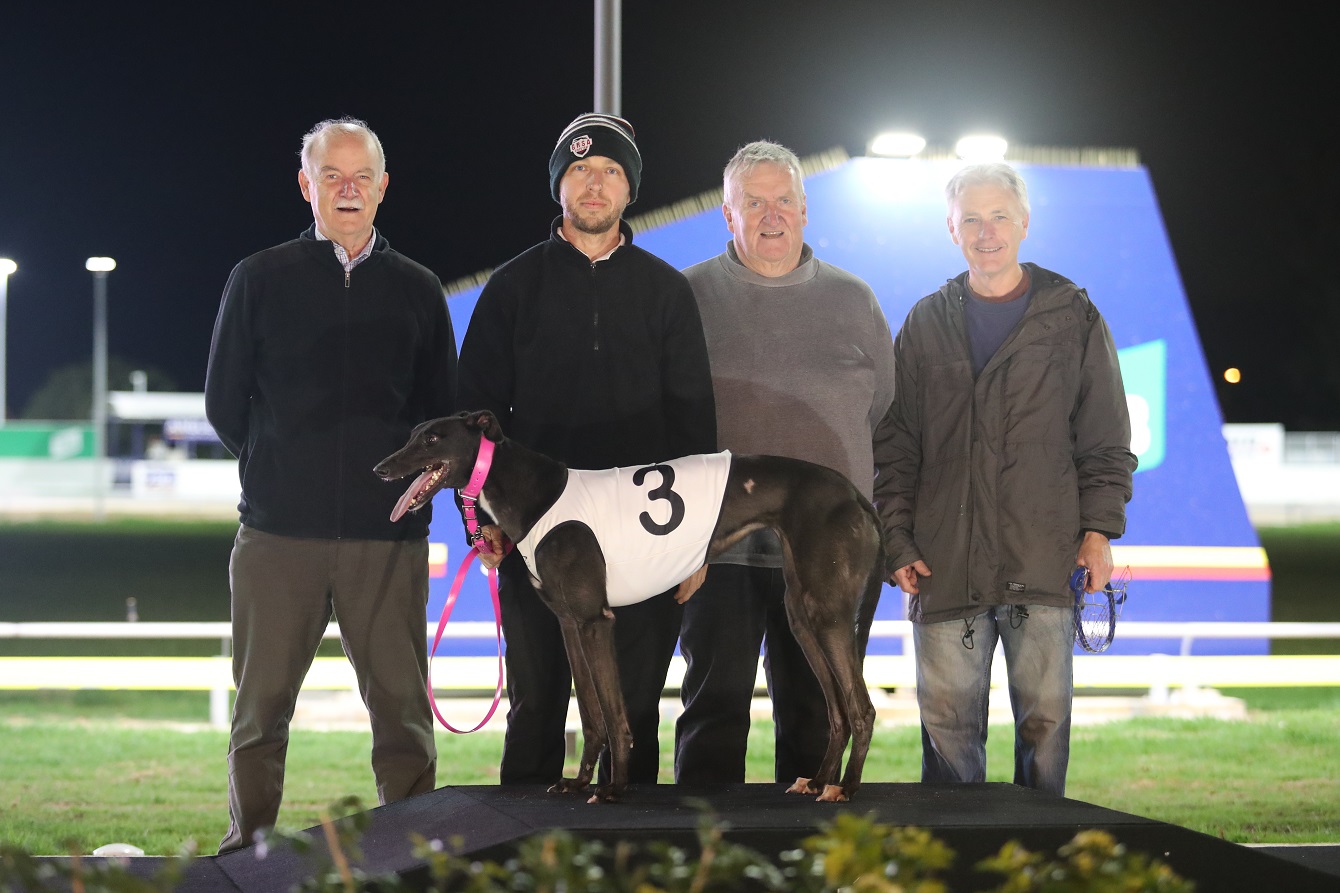 YOUTHFUL trainer Vadim Roz and a bunch of mates head to Angle Park on Friday night for their first taste of Group 1 racing when Spring Lilac runs in the Adelaide Cup (530m).

“Everyone is very excited to be in the Group 1 final,” Roz said. “They will all be at Angle Park on Friday night.”

Spring Lilac (Fernando Bale-Spring Bloom) goes into the final off a 30.22 heat victory as a rank outsider at $26 but she pinged the lids and ran the quickest of the Cup heats.

“I’ve had a little something on her before the heats at $200 the win and $50 the place in the final, not for a lot of money,” admitted Roz.

The Twenty Twenty Syndicate that races her was formed last year, as the name suggests, and for some of the members they are newcomers to greyhound racing.

“They are a very lucky syndicate,” Vadim said. “They also own Hurricane Diva who has won her last five.”

They bought Spring Lilac from breeder Greg Board back in May and she had been in Vadim’s kennel only 10 days before running a slick 30.69 winning at Gawler.

“I told them then she was above average,” he said.

“She was very unlucky not to have won the Gawler Produce Stakes in July.

“It’s a huge thrill for us all to be in the Adelaide Cup final, especially after beating those great Victorian dogs. We are lucky to get her. Greg prices them really well and I rang him last Friday after she won her heat to thank him again for letting us buy her.”

But Vadim is realistic about her Cup final chances.

“She needed to be drawn near the rails to have a chance,” he said. “The six box has done us no favours. She needs to find the fence, but she is very strong.”

Spring Lilac showed that with a dominant seven lengths win over 595m at Angle Park in her run before the Cup heats.

“I think that will be her future, over 600 metres or even further,” said Vadim.

“But, she is South Australian bred and she has a number of grade six races over 500 metres to win first.”

Vadim said he and the syndicate were “very proud” of Spring Lilac.

“It is a credit to her getting into the final,” he said. “Because at the end of the day it is the dog who does it all.”

Of the Aston Rupee factor looming large over the Cup final field, Vadim had a warning for punters wanting to back the current Australian racing superstar.

“It is very hard to win from the eight at Angle Park and he will not want to miss it even the slightest bit,” said Vadim. “If he does, he will need to run some amazing final sections to win.

“I like the chances of the Weblec Blazer and if Mr Fix It gets a start off an inside draw, he can win too.”