Newbold To Walk Away From Race Calling

New South Wales' number one greyhound race-caller Tim Newbold is poised to leave his post to take up a new role with Greyhound Racing NSW. 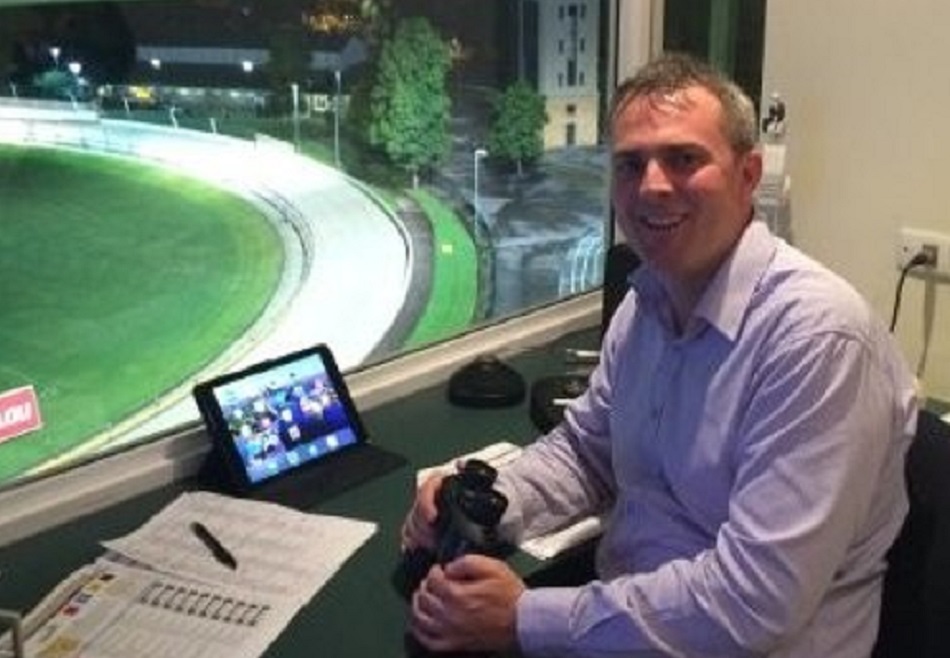 TIM Newbold is set to leave his post as New South Wales’ number one greyhound broadcaster and accept a new role with Greyhound Racing NSW (GRNSW).

Following the retirement of Paul Ambrosoli in 2014, Newbold has been the voice of New South Wales greyhound racing, thrust into the role after serving his apprenticeship as a race-caller for the best part of two decades.

And while Newbold concedes the decision to walk away from race-calling hasn’t been an easy one, the allure of a new challenge ultimately proved too appealing to refuse.

“It’s a decision I’ve been wrestling with for weeks but at the end of the day it’s the right one – I’m really looking forward to the new role,” Newbold said.

“Race broadcasting has always been my passion and in many ways it still is but I’ve got a young family and when this opportunity arose, it immediately appealed and I just felt for a number of reasons the time was right for a change and a new challenge.

“Some within the industry might not be aware but for the first decade of my working life, I worked in racing administration across the thoroughbreds and greyhounds so in essence, I’m really returning to where it all started.

“I want to extend a big thanks to everyone at Sky Racing. I’ve been afforded some amazing opportunities in my 14 and a half years with the company and will forever be grateful.

“As I said it hasn’t been an easy decision and I’ve had a lot of conversations with those close to me but I know it’s the right move.”

In the past few years, greyhound racing has enjoyed a spectacular resurgence, following the industry’s much publicised plight in 2015.

And in New South Wales it’s been Newbold’s pinpoint depiction of races that’s been relayed to a new wave of greyhound fans.

“Coming in off the back of a legend like PA (Paul Ambrosoli) wasn’t easy and not long after the threat of the ban engulfed the industry so it was a testing couple of years at first,” Newbold said.

“But in time I feel I developed my own unique calling-style and being able to call the first three Million Dollar Chases is something I’m very proud of and will always cherish, especially as they were broadcast on free to air to a whole new audience.

“I’m not closing the door on race-calling forever. But for now, it’s time for a new chapter in my career and am looking forward to working with a professional and dedicated team at GRNSW as the sport has nothing but exciting times ahead.”

Newbold’s position at GRNSW will see the 42 year-old work primarily in racing administration but it’s anticipated the commercial arm will lean on his experience in other areas also.