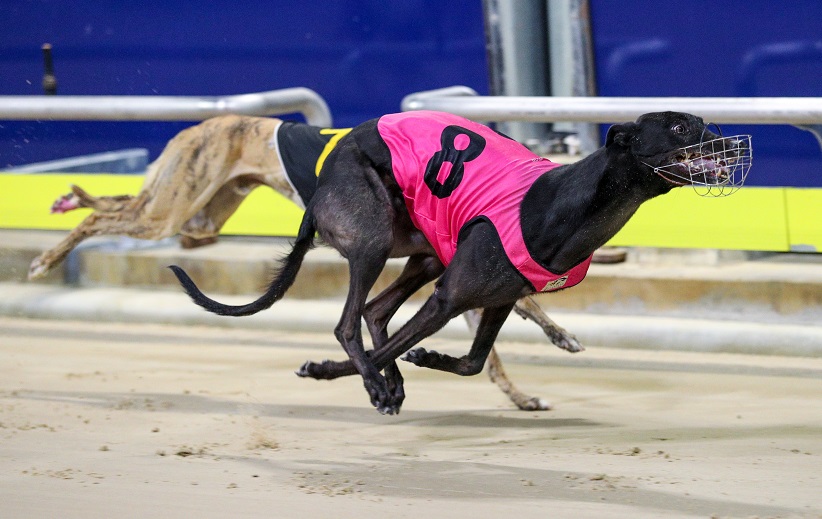 TRAINING newcomers Ed Burrett and Penny Sargent will head into next week’s finals of the Group 3 SA Oaks and Derby coming off stylish confidence building heat wins with their charges.

Burrett, who has been training for only 18 months, produced Zipping Decoy (Bewildering-Yarramundi Flash) to win her heat of the Oaks in 30.98, first-up in South Australia after having just been bought from NSW.

Sargent has had her trainer’s license for just three weeks and produced Arby’s Roger (Cosmic Rumble-Erelda Bale) to win his Derby heat in 30.94.

And Burrett, a professional punter, says Zipping Decoy is perfectly drawn in the rails to win the final but admits she went into Thursday night’s heat after a health scare.

“She got the scours and lost a kilo and a half,” Burrett said. “She was on a course of antibiotics which I had to stop last Sunday to get her into the heats.

“She’s fine now but will improve out of sight for the final.

“The rails draw gives her a huge chance.”

Ed, who closely studies the form at Richmond, said he had spotted Zipping Decoy racing there for some time.

“When I saw her advertised for sale I jumped at the chance to get her,” he said.

“Minnie and John Finn were absolutely fantastic to deal with during the sale.”

He believes Zipping Decoy can improve to run 30.60 in the final. “She has pulled up great.”

He believes Greg Board’s Spring Agatha is the hardest to beat in the final but says Zinfandel Nikki is also perfectly boxed in the final.

Burrett had previously spent time working in the Jason Sharp and Correy Grenfell kennels in Victoria to learn the training routine.

Sargent has been friends with local personality Ray Fewings for a decade.

“Ray formed a syndicate with some friends to buy Arby’s Roger from Victoria and I’ve been given the chance to train him,” Penny said.

“I never had time before to train but Covid hit a business I was running and I was forced to close it down. I decided to take up training.”

She now has five racing dogs and two pups in the kennel.

“It’s a bit of a shock to have a Group finalist already,” she said. “I was under a bit of pressure from the other owners.”

Arby’s Roger has come up with box two in the final and Penny says he is ideally drawn.

The Terry Hill-Troy Murray combination landed heats of the Derby and Oaks with littermates Came And Went (30.36) and She’s A Hotshot (30.99) and also have another littermate, Basman, in the Derby final. He was second to Arby’s Roger in a heat.

“Troy is very confident with Came And Went now that he has the rails ion the Derby final,” Hill said.