Southeast Queensland race clubs face a nervous wait to examine the extent of the damage caused by incredible flooding following a three-day deluge. 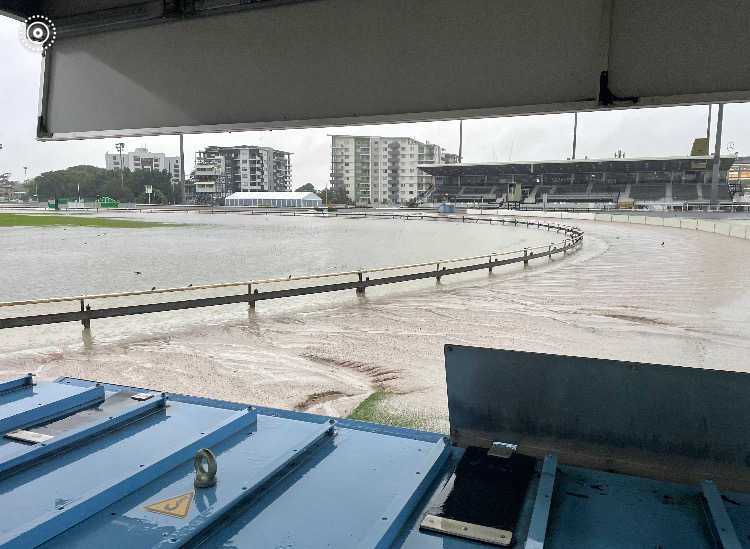 Southeast Queensland race clubs face a nervous wait to examine the extent of the damage caused by incredible flooding following a three-day deluge which saw more than 700mm of rainfall, wiping out all racing across the weekend.

Incredibly, while a number of large training centres such as Eagle Farm saw significant flooding to their infield stables, there were no reports of animals in distress as flood waters rose.

Such was the amount of rainfall, Doomben recorded its heaviest ever reading on the penetrometer on Friday morning.

Eagle Farm trainer Rob Heathcote had floodwaters up to his knees during the worst of it on Sunday, leaving everything – including his horses – stranded. 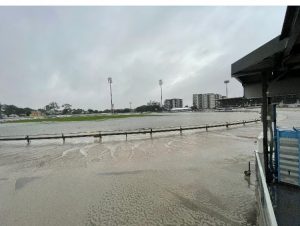 “There’s nothing we can do because there are no spare boxes,” he said before a huge clean up effort began on Monday with help from the Brisbane Racing Club, with an emphasis on dry saw dust to put into the stables.

While Eagle Farm and Doomben went under, it is expected Brisbane’s premier greyhound and harness facility Albion Park will be the worst hit, with officials bracing for up to two weeks without racing due to damage.

Situated right next to the Brisbane River, Albion Park was quickly inundated by Saturday and Brisbane Greyhounds chief executive Luke Gatehouse says he expected the floodwaters to peak at around 4m.

“I think it was 4m this time, so we will see, but there is more water coming down the river and it is pretty bleak at Albion Park purely because of where it is.

“We are anticipating everything, in 2011 all of the boxes went completely under and I think they probably won’t go fully under this time but it will still get to the electrics and that is the biggest issue, we run on electric systems.

“The underground cabling at Albion Park isn’t that flash either because of the tidal plane we are on. 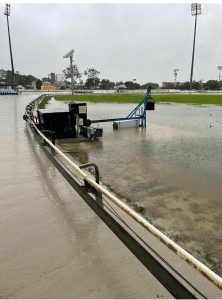 “The track will be washed away so we will have to do a rebuild there and our source of sand will probably be having a similar issue to us – they have their own issues.

“It won’t be a quick return I think, we do have a plan in place and our contractors and suppliers are ready to go but.”

It is expected however that harness racing could potentially return quicker than greyhounds at the track.

Meanwhile, with thoroughbred meetings transferred to the Sunshine Coast poly track on Tuesday and Wednesday, Racing Queensland executive general manager of operations Adam Wallish said they would go ahead, along as participants were able to safely travel to the track.

“We can’t have participants in horse floats driving through the conditions so that is what will determine those meetings, the poly track itself will be fine,” he said.

Wallish also said officials will be on the lookout for diseases which may have made their way into the racing surfaces through the extreme flooding.