SHANE O'hehir will take his family to Sandown on Thursday night for their first Group 1 experience, with the hope the crowd will "go bang". 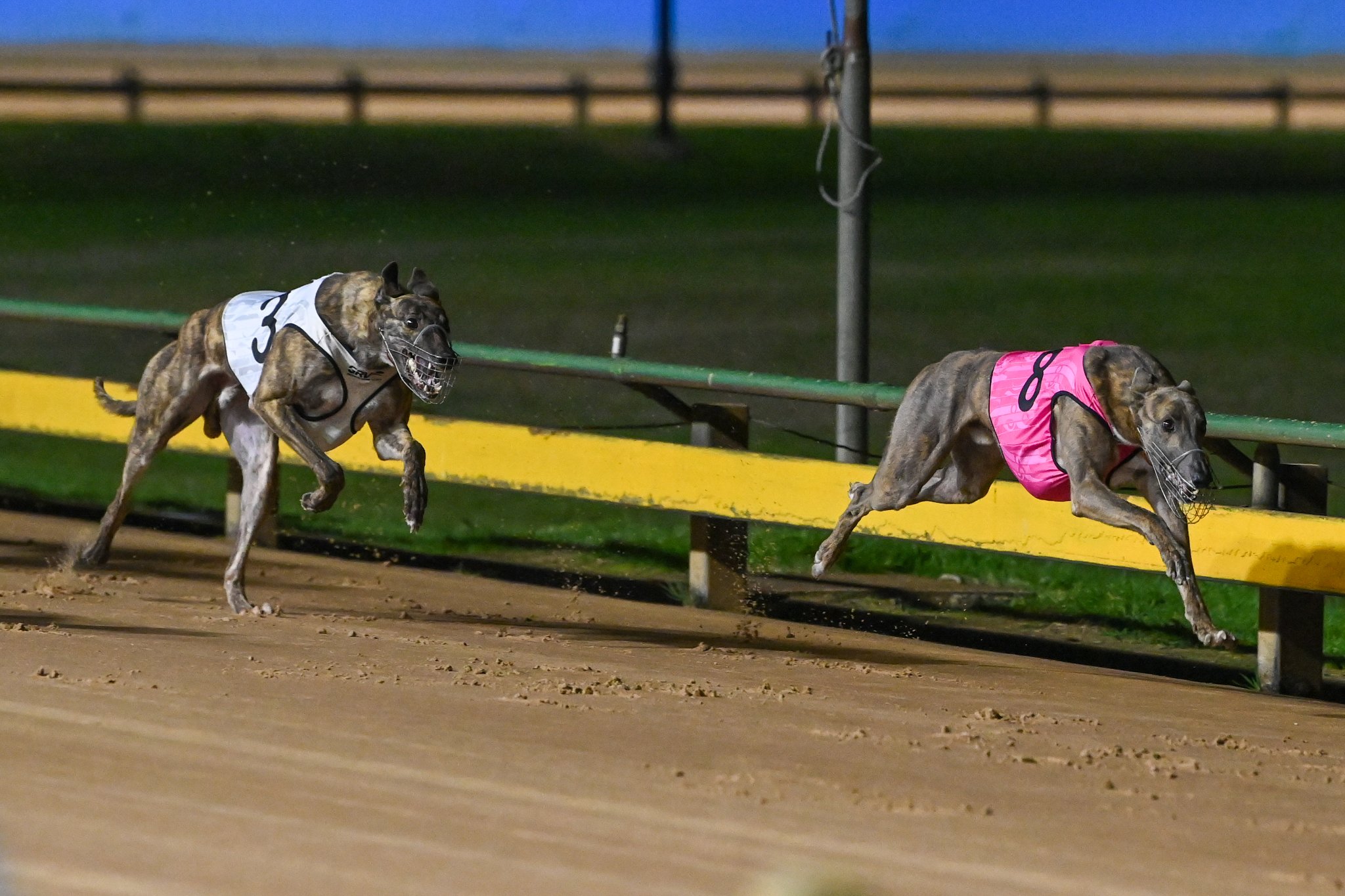 SHANE O’hehir will take his family, wife Fiona, daughter Macey, son Tyler and his girlfriend Isabelle, to Sandown on Thursday night for their first Group 1 experience, with the hope the crowd will “go bang”.

Bang was a $9 upset heat winner of the Harrison-Dawson last week much to the consternation of Shane’s mates who were at his home watching the race.

Shane had given him a chance in the heat. None of “the boys” backed him.

Bang is trained by Jeff Britton who also has staying star Mepunga Ruby (Fernando Bale-Mepunga Rosie) drawn in the two in the Group 1 Sandown Cup final.

Shane is long-time mates with Jarrod Sharp, joint owner of Group 1 star Do It from the Britton kennel.

“I bought my first dog a decade ago and it didn’t even make it to the track,” said Shane.

“Jarrod talked me into my second dog. We went halves in a bitch that raced as Cosmic Owl and she won $90,000.

“We bred three litters out of her and my family and I have been in greyhound racing ever since.”

This is Shane’s first Group 1 finalist.

“He likes the eight, but there is a lot of speed drawn inside him,” said Shane of Bang’s chances in the Harrison-Dawson.

BANG (8) holds off the wide-running OLD NEWS (2) in the second heat of the Group 1 #HarrisonDawson (515m) at @sandowndogs in 29.695 seconds for trainer Jeff Britton.

“We head down to Jeff and Angela’s kennels every week to help out,” said Shane. “Macey just loves the dogs.”

George Farrugia bred the litter after getting dam Mepunga Molly on loan from breeder Barry Smith.

“Angela had bought two of the pups and I got to have a pick,” said Shane. “I had not had a brindle dog before, so we went for this bloke.”

Mepunga Molly has since had a litter by Mepunga Blazer just starting to race and has a three-month old litter by Shima Shine.

BARRY Smith will be chasing his first Group 1 Sandown Cup (715m) when Mepunga Ruby lines up from the two box in the rich final on Thursday night.

And Barry gave punters an early warning to expect a vast improvement from the bitch in the final.

“She pulled up with a bit of an injury after she was second in the Association Cup at Wentworth Park (early in April),” said Barry.

“She went into the heats last week off a box to box at Sandown.

“She will improve, but we are not sure if she will be 100 percent.”

“She is a good little bitch who at 12 months showed us she could make a stayer,” said Barry. “She would run all day as a pup.

“She’s not big, but she is an individual.

“It is hard to compare the best dogs we have produced, but she is right up there.”

Barry is not a regular racegoer and will be content to sit at home and watch the Cup final.