VETERANS Fire Legend and Ebby Infrared head to the heats of the Maitland Gold Cupeach with a mission for Masters Meteor features as a future target. 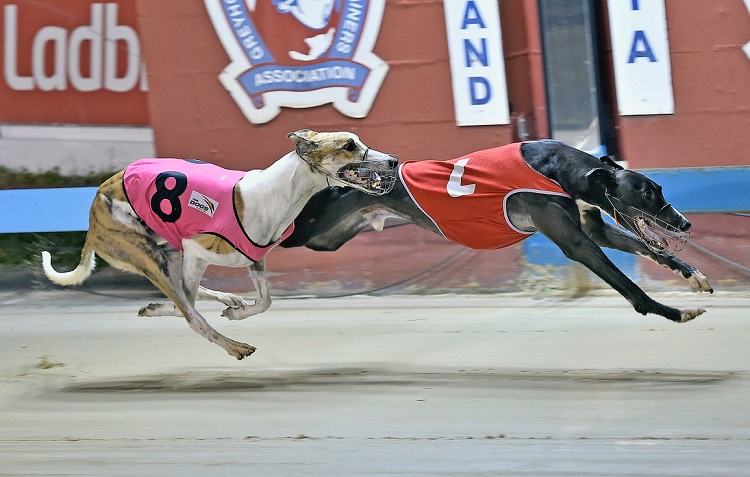 VETERANS Fire Legend and Ebby Infrared head to the heats of Monday’s Group 2 Maitland Gold Cup (450m) each with a mission for Masters Meteor features as a future target.

Mark Moroney brings Fire Legend (Fernando Bale-Tick Away Fire) to Maitland for his heat drawn the three but first up from a much deserved spell.

Michael Eberand gives Ebby Infrared (Aussie Infrared-Lonesome Knight) his final crack at a group race as he draws the seven in his Maitland Cup heat, his third try at the sprint.

Moroney has just moved north to the Grafton area and is looking to buy a new property there by the end of the year. He has only four dogs in training.

“A mate of mine has a five-acre property five minutes out of Port Macquarie and I left him there for five weeks to spell,” said Mark. “It was the first spell he has had since he was put into training at 16 months.”

Moroney is certain Fire Legend has done enough work to win his heat.

“He is getting ready to peak and if he makes the final he will be right at his top,” he said. “He trialled great at Maitland on Wednesday and has done enough to have him hard to beat.

“He is feeling so good, and won’t stop barking. He’s ready to go.”

Moroney plans a stud career for Fire Legend. “He’s won on 18 different tracks, been in 17 Group finals, is a Group winner and a track record breaker and has a wonderful pedigree.”

Moroney said Fire Legend, and his litter sister Fire On Ice, are being headed towards the Masters Meteor during the upcoming Million Dollar Chase series.

Fire On Ice is on the comeback trails after whelping four dogs and three bitches to Shima Shine. Mark has three.

Group 3 finalist Sweet Fire All, a Dyna Double One-Tick Away Fire, half sister to Fire Legend and Fire On Ice, has overnight whelped a litter of four dogs and three bitches by Fernando Bale. They will be for sale for $7000.

The Masters series are also the target for Ebby Infrared says Michael Eberand.

“This Maitland Cup series is probably the last time he will go in an open Group series,” he said. “He was second in the Cup two years ago and last year won the Consolation.

“I’ve changed his training and it has worked. He gets no galloping but lots of swimming.

“I’m building him up to 500 metres so he can run in all those Masters features coming up.

“His last couple of runs (wins at Goulburn and Bulli) were good. He’s such a good chaser.

“But, this Cup heat is very tough. I hand slipped him at Maitland on Wednesday and he went good.”