On The Bit Begins With A Bang At Ballarat

ON The Bit has lived right up to his early hype with a stunning debut victory at Ballarat on Wednesday night for his excited group of owners.

EXCITING prospect On The Bit has lived up to his early hype with a stunning debut victory at Ballarat on Wednesday night.

Rounding out the syndicate which races the talented son of Orson Allen is Group 1-winning Warrnambool trainer Daniel Bowman.

Last November, 26-year-old jockey Jye McNeil was on top of the racing world when he steered Twilight Payment to an upset victory in the Group 1 Melbourne Cup at Flemington. 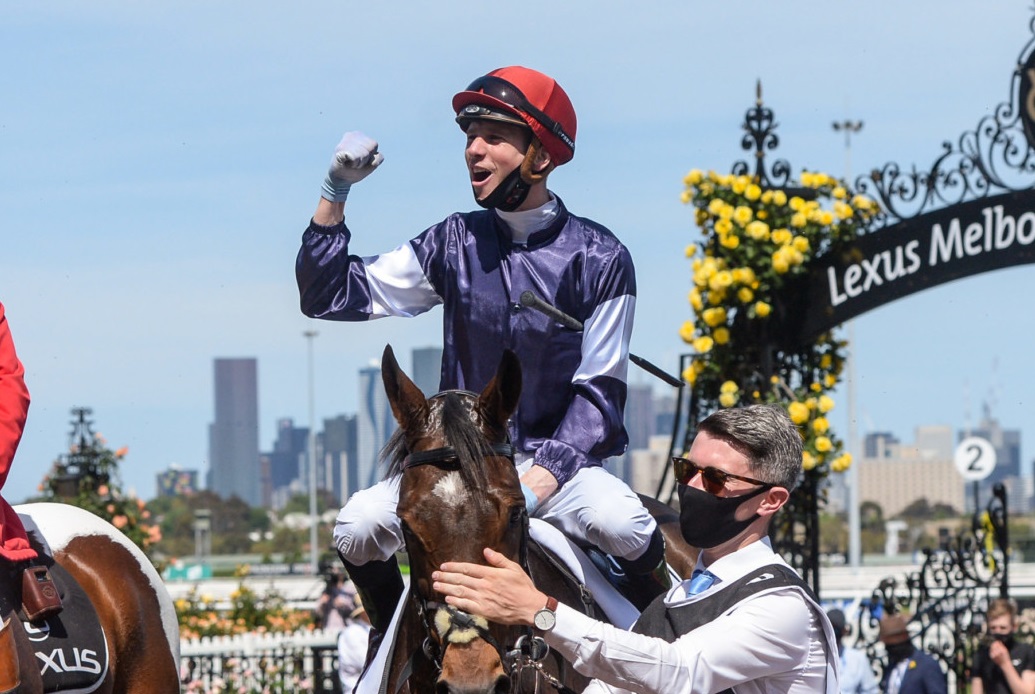 And while he admits that Wednesday night’s cross-code victory falls short of that joyous occasion, it provided a huge thrill nonetheless.

“In horse racing we can’t be involved in ownership so to be on the other side of the fence was a great feeling.

“This dog is the second one we’ve owned. We raced a dog called Zipping Mack with Matt a few years back and had some fun.

“The plan was to always get another one that’s good enough to race at The Meadows and Sandown and hopefully we have in this dog.”

Just 19-months old, On The Bit landed Wednesday night’s 450 metre maiden by 4-1/4 lengths in a slick 25.00 after overcoming a tardy getaway.

The birds had been chirping that the regally-bred youngster boasted more than his share of ability which was on full display on Wednesday.

“I don’t know a lot about the dogs but taking a line through the horses I know if they miss it away and still pick up and win you take more out of it,” McNeil said.

“Everything Matt’s told us about this dog has been encouraging so far.

“One of the main reasons for buying him was for us all to hopefully get together and go to The Meadows or Sandown and watch him live after a day at the races.

“The group chat has been pretty lively since the win last night.”

Interestingly, both On The Bit and Fernando Hunter are blue in colour and on the cusp of bright futures.