CAN Opawa Superstar flank the superstar potential he has displayed in his short career with victory in Thursday’s $100,000 New Zealand Cup? 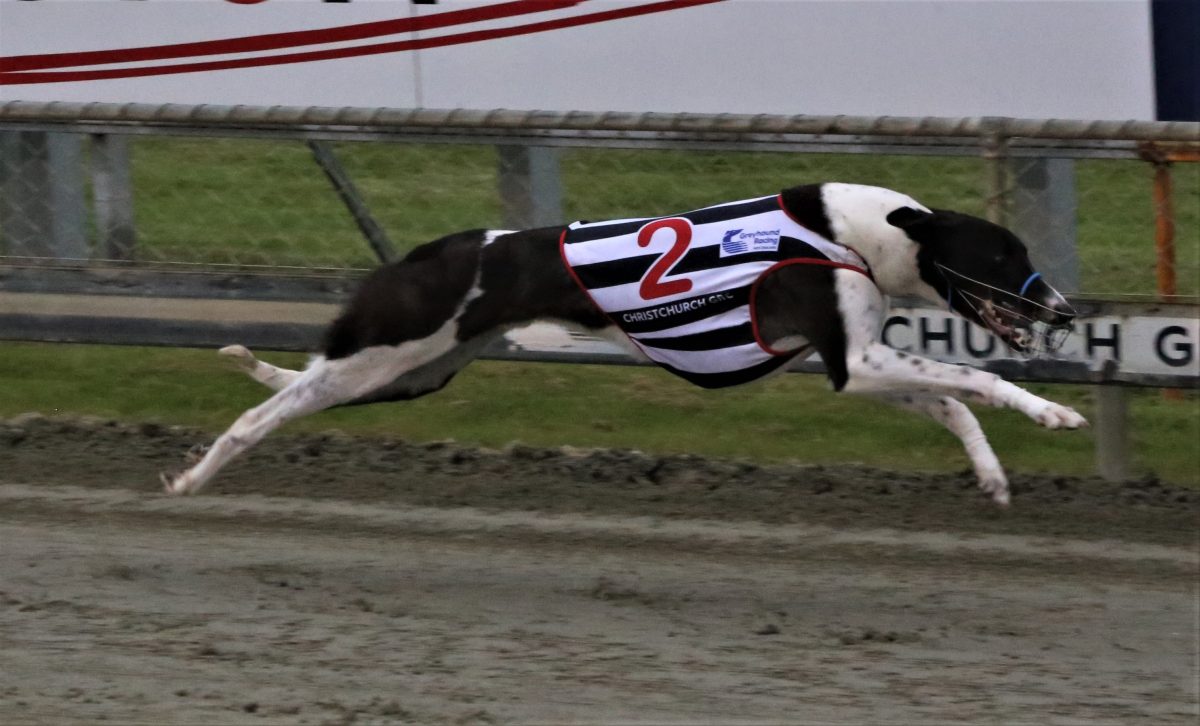 CAN Opawa Superstar flank the superstar potential he has displayed in his short career with victory in Thursday’s $100,000 New Zealand Cup?

The short answer is yes, the son of Fernando Bale and Opawa Tab can.

However it is a lack of racing experience that makes the 13-start Dave and Jean Fahey prepared chaser vulnerable in his first group 1 assignment.

Opawa Superstar (pictured) faces a field that is stacked with proven big-race experience. He has tasted victory in 11 races (two seconds), all at his home Addington venue over 520m.

His race times certainly measure up as seen by his swift 29.82s best clock.

The exciting prospect sure has stepped up to the plate in this series, winning his heat (29.89s) and semi (30.00s). It will be the first occasion he will occupy the seven trap – he is unbeaten in five races from traps six and eight.

“Drawing out there makes it tricky for him especially as there’s a fair amount of early speed in the race. He will push through gaps and yes he does have speed and strength,” advised Dave Fahey, who with wife Jean is chasing their tenth NZ Cup training success since 2006.

Co-owners and breeders Opawa Racing have ownership involvement in four of those cup wins.

The Faheys have qualified a couple of handy back-up contenders including last year’s NZ Cup winner Rock On John. He will attempt to defend his title from trap-four following his 2.5 length heat second behind Leonard Bale.

“He has been beginning real good which he needs to do here as he’ll cross down to the rail,” suggested Fahey.

Kennelmate Fairy Able led her semi throughout for her 30.18s semi win and she draws nicely in the two-trap.

“She has come back into form at the right time after a freshen-up. All three of ours have pulled up great and are set to go,” added Fahey.

He is seeking to contribute another NZ Cup title for the Wheeler family with Leonard Bale and Dalisha Bale.

Leonard Bale is a dual group 1 winner which returned the quickest semi time, prevailing in 29.92s. His trap-three draw makes him a sound leading prospect.

Roberts will be delighted that Tokyo Bird has been allocated the prized one-trap. She is more than capable of using the ace to full advantage after her solid neck semi second to Fairly Able.

Highlighting the evenness of the overall field is the Lisa Cole prepared Big Time Panda which also owns an abundance of early pace.

She will make things interesting by using that asset from trap-eight after being run down late by the other semi winner Clarke’s Saki (30.19s) from the Bruce Dann locally based kennels.

Cole prepared the evergreen Trojan Hoarse to take out last season’s Galaxy and another hardy sprinter Bigtime Cooper, whose career has been similar, will step from the ace-trap after delivering his semi best 16.99s win.

Looking to keep him up to the mark will be kennelmates Big Time Brie (17.11s) and the former New South Wales sprinter Typhoon Tim (17.13s).

All other finalists are being offered at double figure fixed quotes including the three Dan Lane prepared up and coming littermates Violet Lu, Charlotte Lu and Victoria Lu. The trio have quickly advanced through the grades, having recently attained open class status.

Bringing vast experience and proven sprint form into this dash is Nevada Phil for Dave and Jean Fahey. He looms as the value runner.

“He can run time although he needs to jump straight onto the pace in that field,” suggested Dave Fahey.

Rounding up the Christchurch hosted evening of premier chasing action is the $30,000 New Zealand Stayers Cup over 732m.

Dave and Jean Fahey produced Student Loan to take out last year’s final and this talented, yet enigmatic stayer looms as the leading prospect again.

There’s hardly a stayer around who can live with him when this bloke receives clear racing room, however when crowded he tends to look after himself.

“He’s a machine when he gets everything his own way. If he’s caught up in traffic he will sit and wait for gaps to open up,” commented Dave Fahey.

Likely to help him is the Lisa Cole trained Big Time Harley being required to exit from trap-five, immediately inside Student Loan.

Big Time Harley appeals as the likely pacemaker. He has recently been introduced to the extreme race distances and he noticeably shortened his strides during the run home in his heat task last week.

Sitting nicely poised in the two-trap, ready to strike, is Uthor Bale for Craig Roberts. Now this bloke can deliver a staying lesson to his rivals as was witnessed in his effortless 43.52s heat win.