Orchestrate 'Better Than Ever' For Ipswich Assault

WHILE the big prizemoney of the Melbourne Cup was hugely tempting for Tom Kinnear, he and Tony Brett are happy to be chasing the Ipswich Cup. 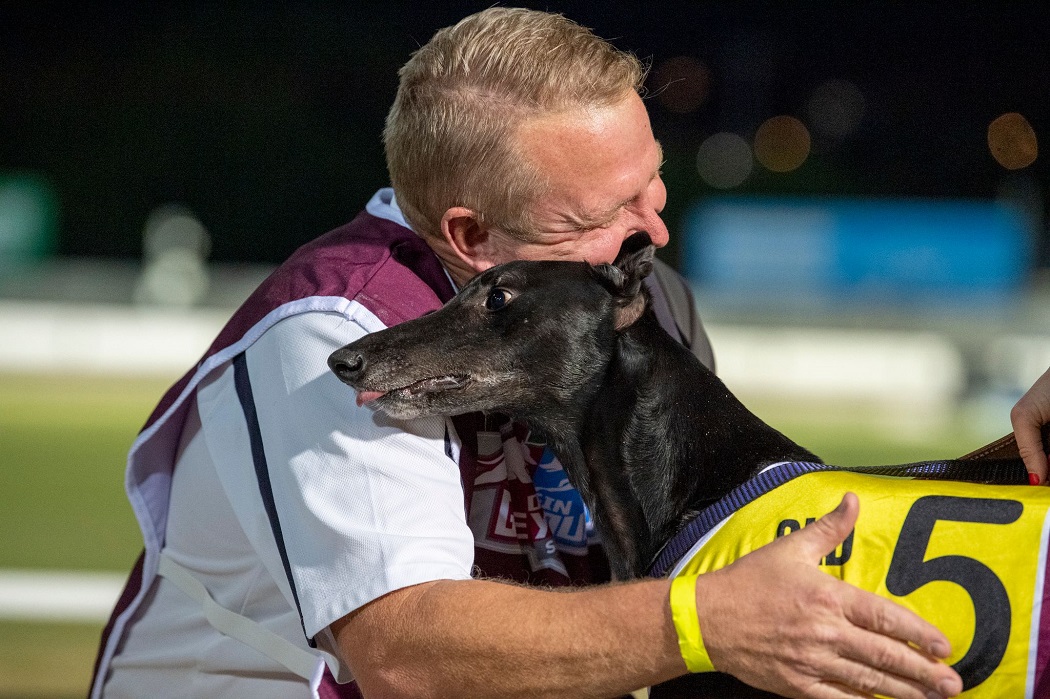 WHILE the massive prizemoney lure of the Group 1 Melbourne Cup was hugely tempting for breeder/owner Tom Kinnear, he and trainer Tony Brett are happy to be chasing “little fish that are sweet”.

And Orchestrate’s sensational return to racing last Saturday night when he ran 30.42 when resuming from two months break in winning style augurs well for his chances in the Cup.

Orchestrate has drawn box four in his heat of the Cup on Thursday night with eight heats having attracted some outstanding and in-form dogs.

“Yes,” said Kinnear. “We looked at the Melbourne Cup series with him but he would need to run in a Prelude and we felt the Ipswich option was better suited to his comeback program.”

Orchestrate tore a pin muscle when a $1.20 chance in what appeared an “easy win” on a Monday night at Albion Park on August 23.

“He did a good job of it,” said Kinnear. “We were very concerned about the injury but it is an injury they come back from with great success.

“Tony has done a great job with him.”

It’s is the biggest race of the year on the Rockhampton Greyhound Racing Club calendar – and the 2021 G3 @tabcomau Rockhampton Cup now belongs to the Tony Brett trained Orchestrate! Congratulations to all involved 👏🏻 🐕 #QLDisRacing pic.twitter.com/sA1HiQUCxN

Orchestrate had to undergo a stewards trial in his comeback and went 22.49 at Albion Park prior to his return to racing last Saturday night.

He downed This Is Real at Ipswich and Kinnear was particularly impressed with his final section.

“Orchestrate has always been a first two sections dog which is where he wins his races,” said Tom. “But on Saturday night he ran home in 11.95. It was a run home that quite surprised me.

“Tony was very happy with the performance. We are hoping he has come back better than ever.

A sensational contest and well done Tony Brett and connections for making it 1-1 in the TAB Origin Greyhound Series!@RaceQLD @tabcomau @SkyRacingAU pic.twitter.com/ITWnifMFLS

“Tony said the dog did everything he wanted him to do. He had been a bit concerned he was very wound up on the day of the race and often that can cause a dog to miss the start.

While the Ipswich Gold Cup will not be an easy race to win, Kinnear is expecting Orchestrate to continue to improve through the series and then head on to the Queensland summer carnival feature races.

“Of course The Phoenix is on our radar and then next year races like the Golden Easter Egg,” said Tom.

“And, don’t forget there will be two Million Dollar Chases run in 2022.”