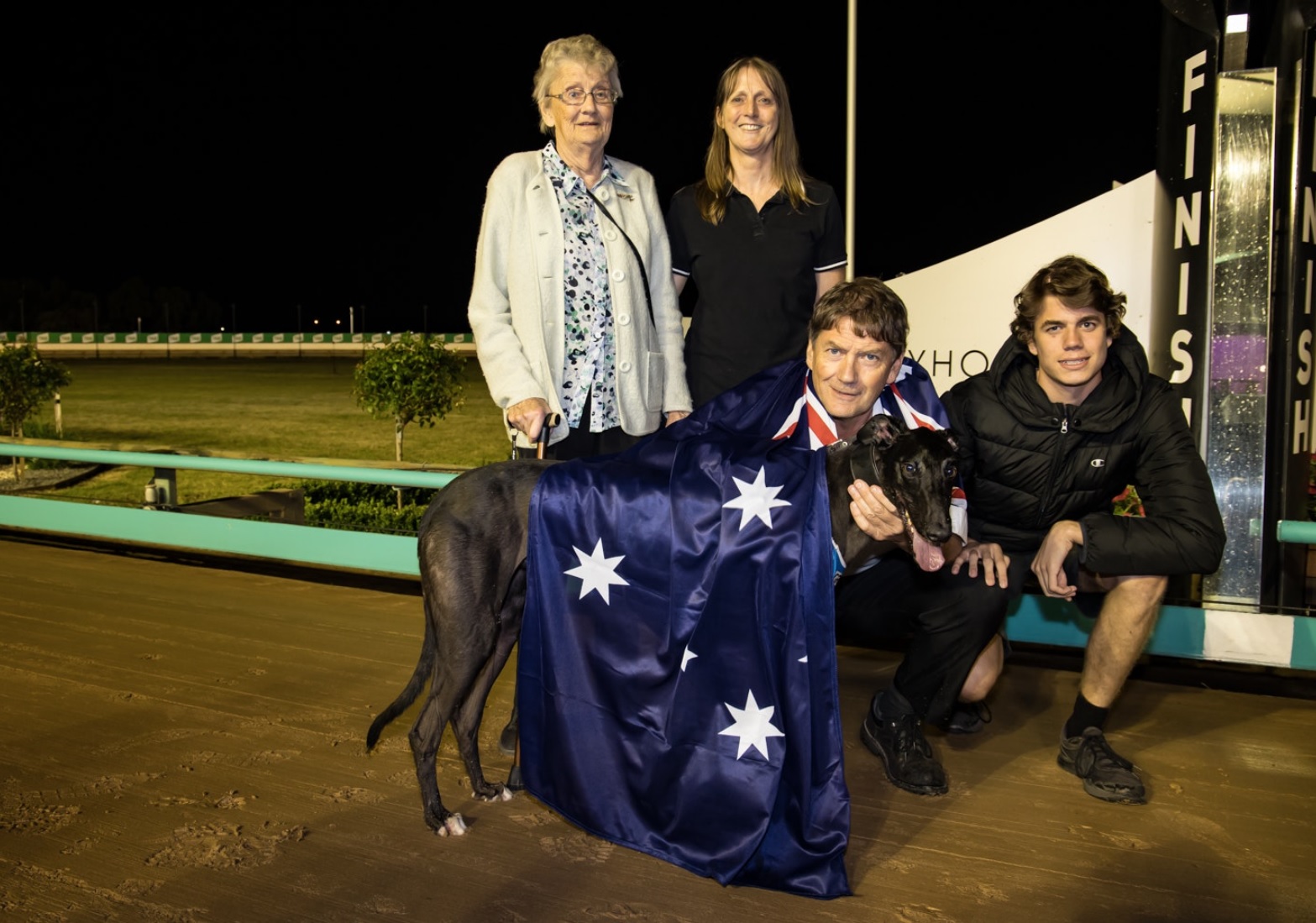 GROUP 1 TAB Australian Cup surprise packet Orlando may have been named after a movie star, but nobody – aside from his trainer Lee Moore – expected the unheralded sprinter to play a leading role in last Saturday’s Cup heats.

Orlando was a $28 outsider but defied his price in a dominant 29.86sec performance to give 56-year-old Moore his first G1 finalist and an unlikely shot at greyhound racing immortality.

“I’m one-out in the crowd, against the usual faces – the Daillys, Jason Thompson,” Moore said on Sunday afternoon.

“I’m not normally an over-the-top sort of bloke but we were pretty excited about making an Australian Cup final!

“I’ve spent more time on the phone over the last 12 hours that I have in the last six months! You don’t realise how many people are happy to see you do well, which is really good.

“I’ve never been in a Group 1 final. I won a Melbourne Cup prelude a few years ago with a dog called Yanong and he ran in the Cup heats but that was as far as he went.”

Based at Bagshot, near Bendigo, Moore also owns and bred Orlando and has 300,000 reasons – all of them dollars – to get caught up in the hype.

Moore has only three greyhounds in work – Australian Cup upstart Orlando and littermates Studley (12 wins from 40 starts) and Tingle (2 from 12) – and combines his training duties with driving a wheelchair taxi two days a week.

He also bred and owns Orlando, having ‘borrowed’ 2016 G1 Sale Cup finalist Dewana Dimie off Brendan Dewan for the fateful mating with Fabregas.

Moore’s dream of a fairy tale triumph on one of the sport’s greatest stages remained very much alive after Sunday morning’s box draw, where Orlando was allocated Box 1.

Despite drawing perfectly, Orlando remains a $21 outsider with TAB.

However, his record at The Meadows (5 wins from 10 starts) and from Box 1 (3 from 5) is enough for Moore to remain optimistic he can repeat his giant-killing heat heroics.

“I was really surprised he wasn’t given any chance in his heat,” said Moore.

“He wasn’t far off Qwara Bale the week before and we didn’t have the hardest heat. It wasn’t an easy heat but I didn’t want to be up against Lala Kiwi and Aston Rupee, so we got a bit lucky there.

“Box one is a bonus, as long as you jump.

“He does race good at The Meadows – he started off there and has never really raced poorly there – and if he begins, I think he can hunt up and be somewhere near them.

“It’s an Australian Cup but it’s probably not a vintage field. Aside from Lala Kiwi, there wasn’t much between the other heat winners.”

Saturday will be Orlando’s second appearance on Australian Cup night.

He started favourite in the G3 Vic Bred Maiden final last year, when unplaced, but has returned from a lengthy stint on the sidelines due to liver problems, winning six from 10 since resuming, to find himself within touching distance of a much bigger prize.

“Life is about to get a lot harder for him!’’ Moore quipped.

“Early on he looked like being pretty good. He drew ‘the pink’ in the Maiden final on Australian Cup night last year but got knocked over. He came back the next week and ran 29.80sec.

“After that he won a couple in a row at Horsham but then his form went off a bit. I got a blood test done and his liver was no good. It took a long time to get him right and he missed four or five months.

“I don’t think he’s at his absolute top and he might never get there. But if he can get two or three months with nothing going wrong, it’ll be interesting to see where he can get to. Hopefully the wheels don’t fall off.”