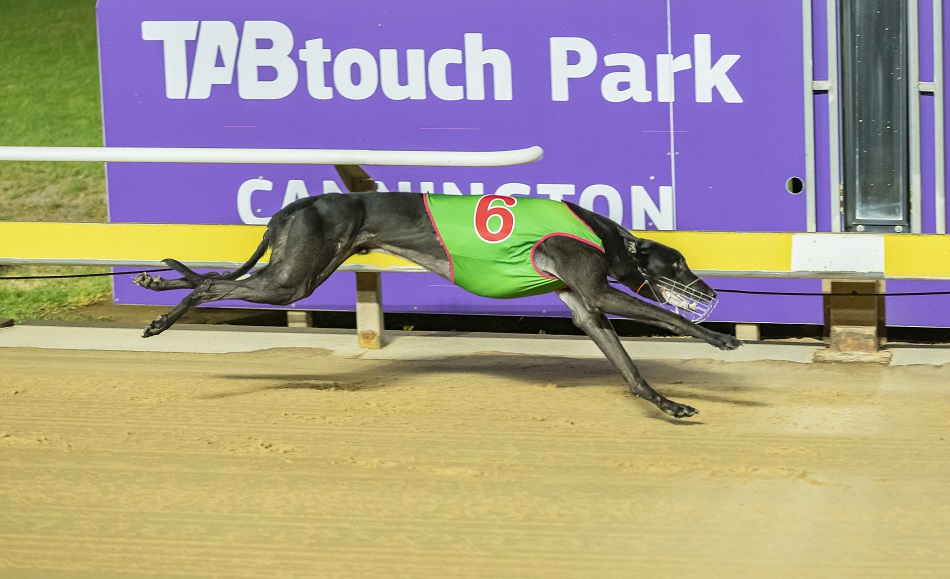 He won in a brilliant 29.17 at Sandown Park the week after his Australian Cup gallop, however the quick turn around meant he went into the Perth Cup heats with a walk onto the arm as his only look at the Cannington track.

Despite being new to the circult, Bravo was delighted with his run and believes he will show the benefit of the effort in the final.

“He didn’t begin too well but we were really happy with the way he pushed through,” Bravo said.

“(Husband) Brett said he’s come through the race really well and with that start under his belt we’re hoping he can begin that little bit better in the final.”

But while Rostered Off’s chances were enhanced after drawing box one for the final and Lala Kiwi drawing box four – the same draw from which she won the Australian Cup – Paddy Wants Pats has drawn box eight.

Despite his solid record from the box (he’s won four and been placed twice from six starts in the pink vest), Bravo says that he will need some luck to claim the $150,000 first prize.

“We’d have liked to have drawn closer to the rail, drawing box eight in a group final is never ideal,” she continued.

“But he’s drawn out there a lot in his career so he can handle it. It’s more about what the dogs drawn underneath him do early – he’s quite clever when he draws out there so hopefully he gets a clear run and gets the chance to get into the race.”

While Paddy Wants Pats has emerged as one of the sport’s premier sprinters, Bravo said they will be patient with where they place him over the coming months, ruling out a tilt at the upcoming Golden Easter Egg.

“It’s just a little bit too tight after the Perth series,” she said.

“He’s still quite young, and the good part is that we own him so can really pick and choose where we race him.

“We’ll get him home and give him a week off after Saturday night and work it out from there.”