TRAINER Gary Peach is still on cloud nine almost a week after claiming the biggest race of his training career in the lucrative Pink Diamond series. 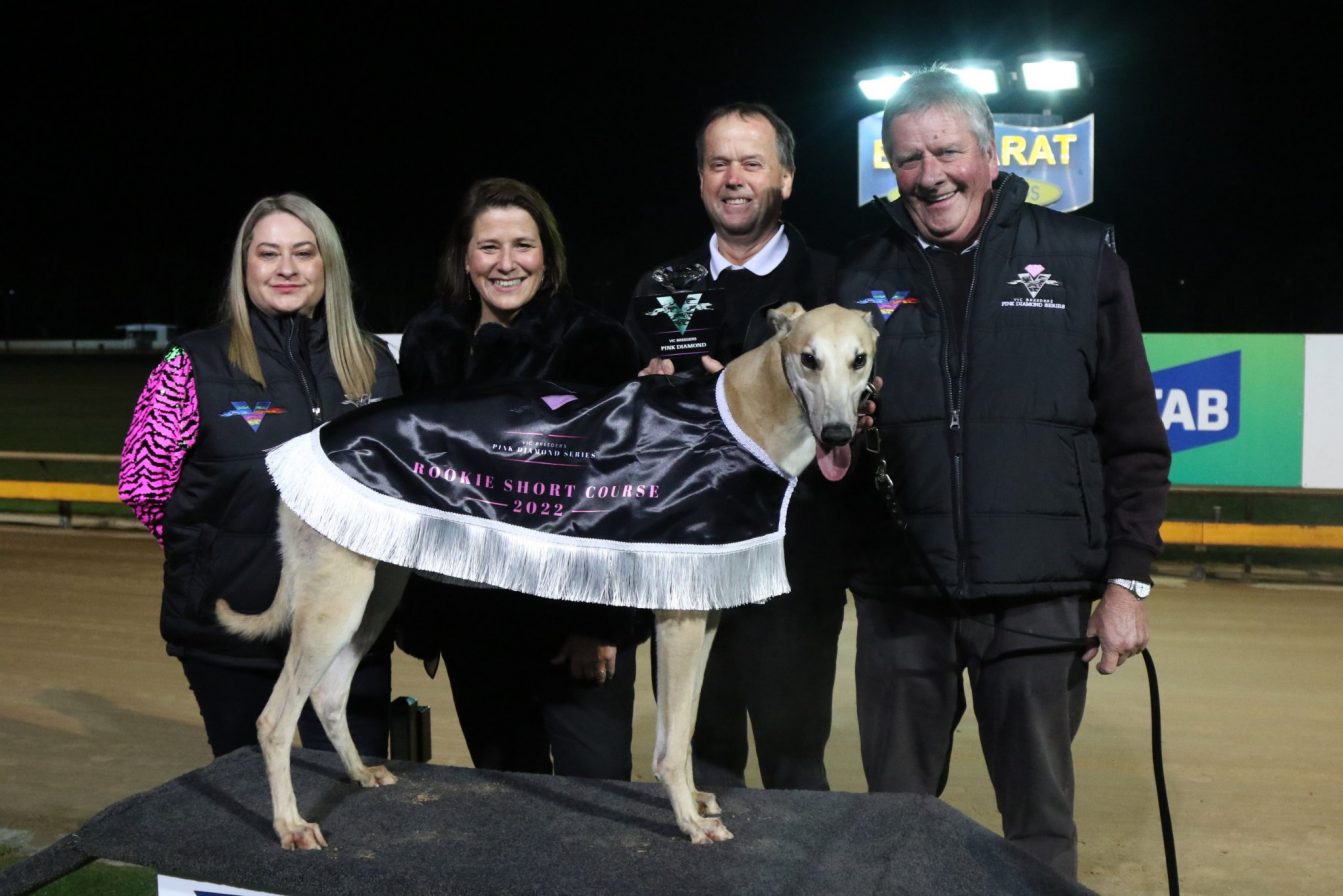 GARY Peach is still on cloud nine almost a week after claiming the biggest race of his training career.

Silver Brute, a greyhound Peach had bred soon after retiring from his job as a materials manager at Telstra, pinged to the front and showed the dazzling early speed that has become his trademark, racing away to win the rich Pink Diamond Champion Short Course Final at Ballarat last Friday.

The win was his 13th from just 21 career starts, and his wining time of 21.71 was less than two lengths from the 390m track record.

“A terrific thrill, sensational,” he said.

“I’m rapt to the eyeballs. You retire from work and three years later, this has happened.”

Silver Brute entered the race with two wins from as many starts at the track, and despite his imposing record – he hadn’t missed a place in his eight previous starts – and with a favourable box draw, opened as much as $8 to win the $110,000 final.

The price didn’t last – he jumped as the $2.60 favourite on the local tote – and proved an extremely popular result on course, even if Peach had left his hard earned in his pocket.

“I usually have a bet, but running for good prizemoney I don’t worry about it because I reckon I jinx them.

“I thought that was overs because Kepal (box three) jumps and moves out so I thought ‘we’ll get a clear run here’ and he’s just electric in the first 200m.

“Everyone on course backed him because I was about the only local on the whole program. The reception I received was unbelievable when I came back to the dais, they just roared and clapped, I haven’t had anything like it.”

And the plaudits didn’t end at the dais.

“I didn’t have my phone with me, it was in the car. I checked it the next morning and spent the whole day returning messages,” Peach added. 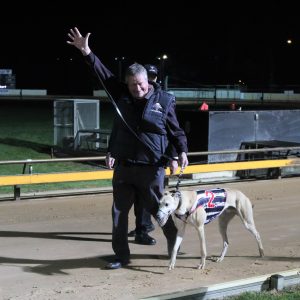 “You don’t realise how popular you are until this sort of thing happens. Being a local and winning the big race, everyone was rapt for sure.”

The win was the latest in a stunning run for both Peach and the Aston Dee Bee x Weeping Lass litter. All eight members of the litter to race have won, combining for 62 wins from 120 starts and over $254,000 in prizemoney.

While Silver Brute has been the biggest contributor to the win and prize money column, it wasn’t always apparent that would be the case. In fact, he was the slowest of the litter in their early trials.

“He was broken in at Geelong. The others (in the litter) ran around the 18 second mark on their trials which is pretty good, well, he had two trials and ran 19 dead both times.

“I watched the videos and you could see he was trying but you could see there was something wrong. We found he had a severe infection and his tonsils were shot.

“So I got the tonsils out, the infection fixed and he hasn’t looked back since.”

And neither has Peach, who himself is enjoying an extraordinary run of form.

Of his last 40 starters, 22 have won with just five runners missing a placing.

And he is confident that run can continue with Action Girl and Swifty engaged at Ballarat on Wednesday night, while Silver Brute will contest the Gr8 Eight over 400m at Geelong on Friday night.

“I just love doing the dogs. It’s not about the money, it’s one of the reasons I retired –– just to do a few dogs and have a bit of fun.”