Peco Can Set For A Big Summer Of Racing 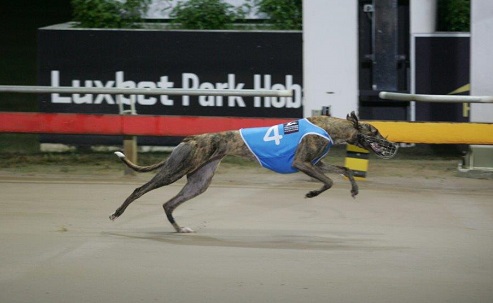 Set to line-up from box eight in race nine on the program, Peco Can returns to the track for trainer Robin Grubb for the first time since winning at Hobart in July in a sizzling 25.72.

Boasting 24 wins from 31 career starts, and nine from 15 at the Devonport circuit, the top flight daughter of Fernando Bale will go around rock bottom $1.20 odds for Tuesday’s assignment, where her main opposition in betting is her litter-sister Hello Rhonda, the Launceston Cup winner to exit box two.

With just over a month away now until the start of the Group 3 Devonport Chase series, Tuesday’s program brings about some terrific clashes, including race three of the afternoon over the 452-metre journey.

Frampton’s trainer Pat Hall told the Recorder that the exciting son of Fabregas is on a Devonport Chase trail, and will likely have a let-up following Tuesday afternoon’s event, where the start will be vital to his chances.

Considered the only two chances in betting, early markets have the pair at $2.30 take your pick.

Races five and six on Tuesday see two heats of the George and Eileen Puppy Championship (452m) set down for decision, where favourite for the opening qualifier is the Ted Medhurst-trained Connected.

Winner at five of his 12 appearances, Connected is from the outstanding Fernando Bale x Keune litter, and has been installed a warm $1.45 favourite to chalk up a second Devonport success.

The second heat will see another Medhurst-trained runner take its place as favourite, with Fabulous Baroque all the rage at $1.65 from his box four draw.

Winner at seven of his 14 starts, the son of Fabregas brings outstanding form lines into the event, his most recent outing a stout third to Raging Ralston, who of course broke the Hobart 461-metre track record last Thursday night.

On paper Tuesday’s Devonport card is choc-full of outstanding contests with the first to get away at 12.27pm.

Race nine – where star bitch Peco Can makes her return to racing – is at 2.57pm.

Buckle in for a great afternoon of racing!