Phoenix Berth On The Line In Queensland Flame

WHEN Ninetymile King takes his place in tonight’s Qld Flame at Albion Park he’ll be racing for far more than just a berth in the inaugural Phoenix. 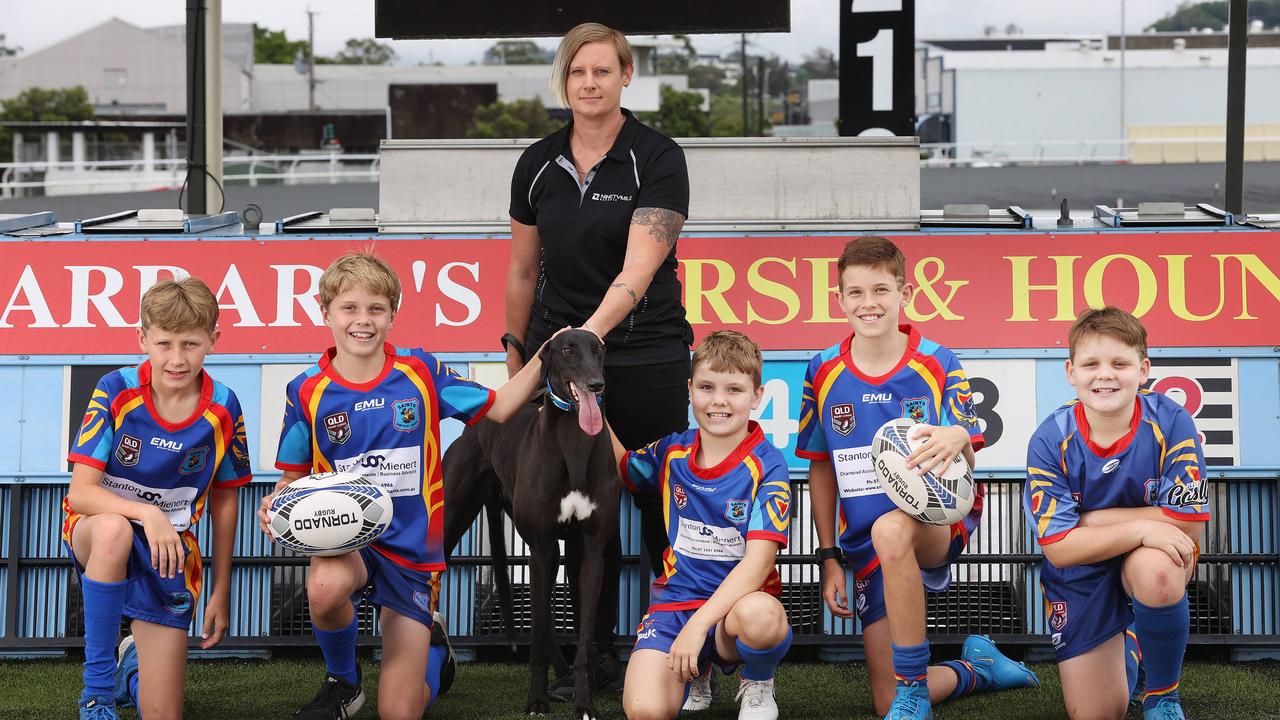 WHEN Ninetymile King takes his place in tonight’s Queensland Flame Final at Albion Park he’ll be racing for far more than just a berth in the inaugural The TAB Phoenix.

The hulking 36 kilo powerhouse will also be striving to deliver community partner Norths St Josephs RLFC and owner for a day Karl Patena up to $20,000 each in prizes.

It’s an added incentive Ninetymile King’s owner-trainer Bianca Whitford is embracing, at the same time just thankful her star prospect is back racing following a career threatening injury earlier in the year.

“He hurt his Achilles tendon back in May and given the seriousness of it there was a strong chance he wouldn’t race again,” Whitford said.

“After the injury I spoke to (trainer) Jason Thompson in Victoria and he was kind enough to get his vet Des Fegan to take a look at it and we eventually decided on surgery.

“Jason and Seona nursed him back for six weeks before he was good enough to fly home. We really are indebted to them for that.”

Before going down with injury Ninetymile King was rapidly capturing the imagination of the racing public by way of his pulsating finishing bursts, winning a spate of races in last stride fashion.

Victorious at 17 of his 34 starts, the son of My Bro Fabio’s early career highlights included victory in the Listed Carnival Chase while also tackling the heavyweights of the sport in the Group 1 Gold Bullion Final.

“I know the way he runs his races is exciting for the public but it’s no good for my heart rate at all,” Whitford said.

“It’d be nice if he sometimes showed a bit more early speed and got the job done without sending the heart into overdrive.

“But that’s him and we absolutely love him. Right from the start he’s displayed this arrogance that’s separated him to others, almost like he knows how good he is.

“He owes us nothing, if he never raced again he’s got a spot for life on our lounge.”

While tonight’s Queensland Flame is firmly front of mind, Whitford can’t help but gaze towards a potential Victorian homecoming in $1.45m The TAB Phoenix at The Meadows on December 18.

“Chris and I moved to Queensland from Victoria five years ago now,” Whitford said.

“When we moved we didn’t plan to get back into greyhounds but here we are. To think we might head back home with a runner in a race like The Phoenix is hard to not get excited about.

“But win, lose or draw he’ll make us proud. He always does.”

Today we joined @RaceQLD and @BrisGreys to launch the TAB Golden Greys Summer Carnival, starting with the Listed QLD Flame on Thursday!

Tonight’s eight Flame finalists will each represent a community group and owner for the day as part of Racing Queensland’s commitment to its slot in The Phoenix.

At Albion Park on Wednesday some aspiring youngsters from Norths St Josephs RLFC were lucky enough to meet Ninetymile King leading into the $25,000-to-the-winner decider. 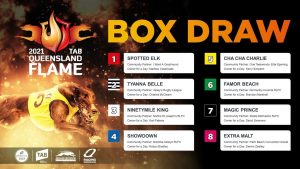 “We are very proud to be involved with Norths St Josephs and fingers crossed we can get the win for them.”

In a star-studded field boasting the best of the Queensland sprinting ranks, Ninetymile King will exit box three.

On the line is a spot in the $750,000-to-the-winner The Phoenix representing Queensland against the sport’s elite.