THE scene is set for a gripping Group 2 Flying Amy Classic Final after five gripping heats were staged at Albion Park on Thursday night. 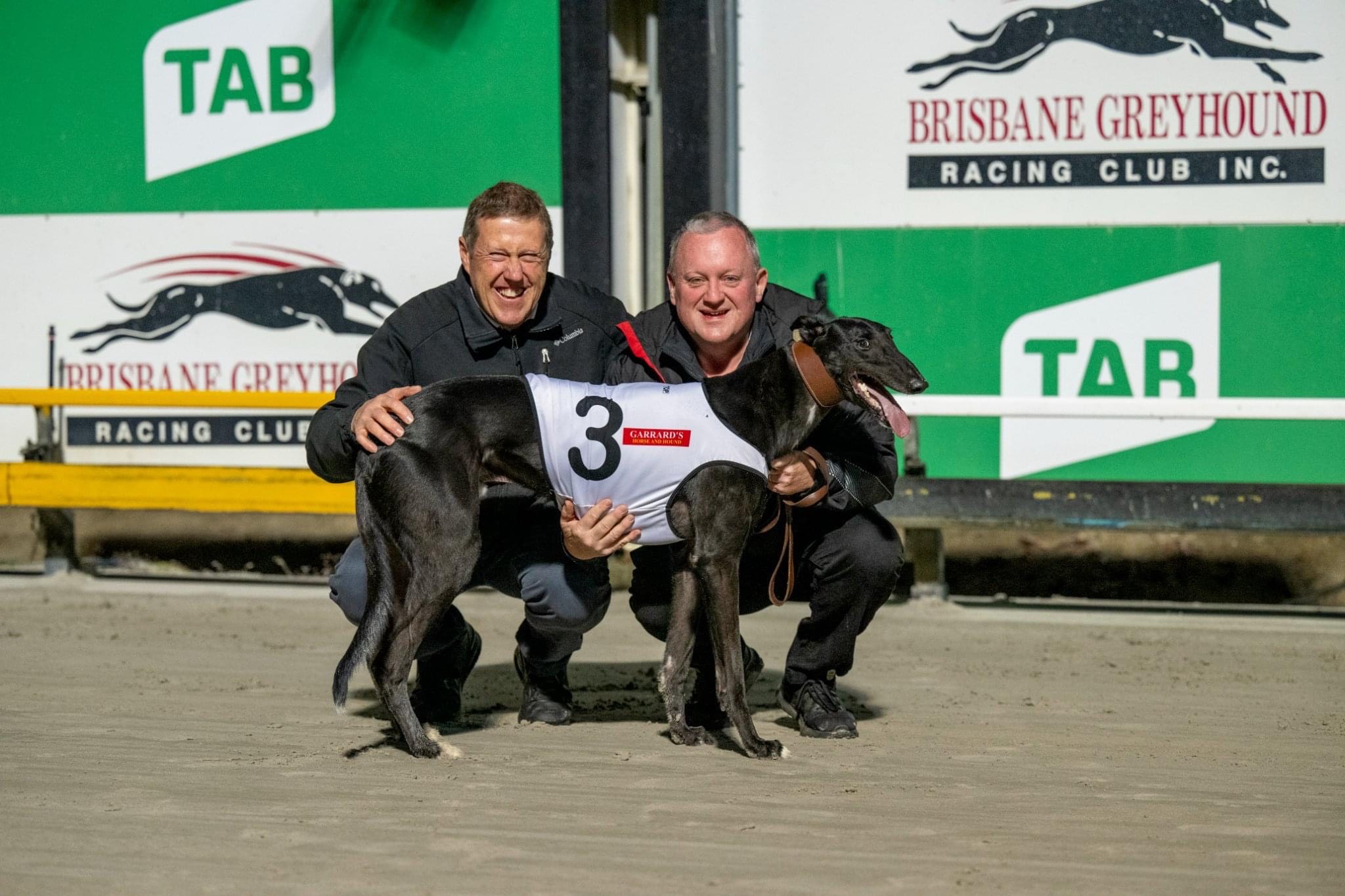 VICTORIAN cousins Dave MacKenzie and Gavin Clifton have been living a dream for the past few months and it will continue into next week when kennelmates Photo Man and Pazienza run in the final of the rich Group 2 Flying Amy Classic (520m) at Albion Park.

Photo Man ran 29.76 to win his heat of the Classic on Thursday night holding off hot favourite Amron Boy to score by a half-length.

And Pazienza defied his $13 odds to lead throughout as well winning in 30.02 over Kelsey Bale by a length and a quarter.

Then, the Clifton-trained pair drew boxes one and two respectively in next Thursday night’s final.

Victorian trainer Gavin Clifton is having a night out tonight! He goes two from two in the heats of the Group 2 Flying Amy Classic with his chaser PAZIENZA taking out the last and cementing his spot in next week’s final at nice odd’s 🔥 #QLDisRacing🐾@BrisGreys pic.twitter.com/yCoZES12ee

MacKenzie and Clifton own Photo Man, who gave the cousins their biggest thrill in racing when he made the recent Million Dollar Chase final, while Gavin trains Pazienza for their good friend Glen McKinley in NSW.

“We had sent them up to Graham and Leeanne Hall to trial at Albion Park for us and they stayed the week leading up to the heats,” said Dave. “We I got her from Melbourne, they were bouncing and ready to win.”

Photo Man scorched through a 5.49 first section and opened up a huge lead into the back straight and then held off a determined late challenge from Amron Boy.

“Very happy with his run,” said Dave. “The first section was great. He beat a good one and dug deep to do it.

“They both handled the track beautifully.”

Of Pazienza, Dave said it was always a plan to take him to Queensland.

“It was always the plan to bring him for this race.”

Of the final Dave believes the box draw has given he and Gavin confidence.

“Some of the others, like Amron Boy, are not well boxed,” he said.

WA visitor PANAMA PEPPER continues his unbeaten form out of box two and dashes clear to win by five lengths in heat three of the Group 2 Flying Amy Classic! This chaser is going to be hard to beat come final time next week 🔥 #QLDisRacing🐾@BrisGreys pic.twitter.com/yv4Dsd8Zk0

“I believe the WA dog (Panama Pepper) is the one to beat and he looks well drawn out wide.”

The Steve Withers-trained Panama Pepper ran 29.65 to win his heat the quickest of the series beating Black Magic Rose by almost six lengths.

He has been in super form back in WA in recent weeks.

“We hope Photo Man will get out well and Pazienza can run cover going through the catching pen,” said Dave.

“Both have pulled up well this morning and Gavin will fly to Brisbane next week for the final.

“We are loving staying with Graham and Leeanne.”