GAVIN Clifton and David McKenzie are eyeing an early Christmas gift at The Meadows on Wednesday when Photo Man tackles the Silver Chief. 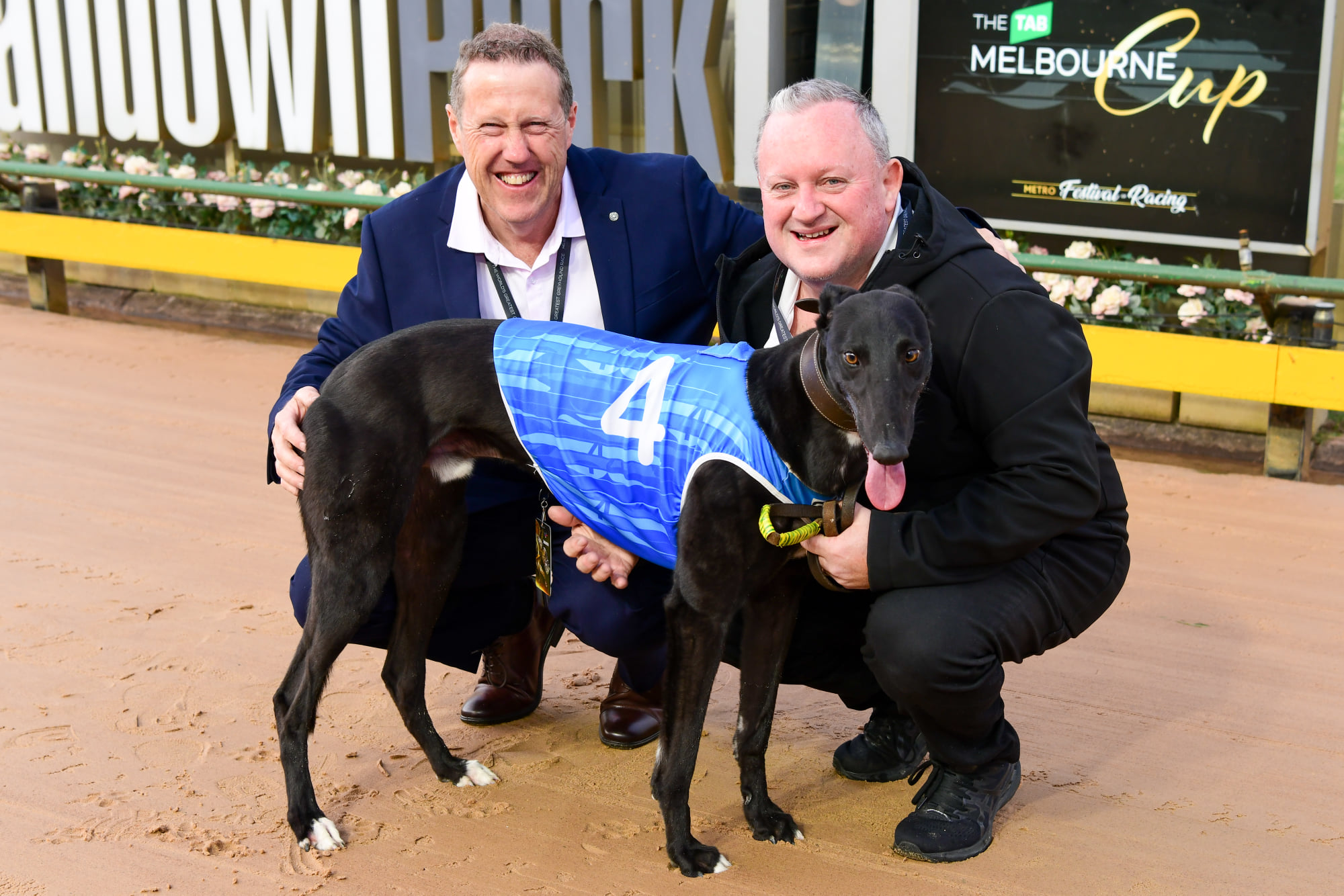 Just three days after his second birthday, Photo Man, the winner of six of his nine starts, his last three in a row, will make his debut at The Meadows in the second of eight Silver Chief heats, at 8.41pm.

FIELD AND FORM THE MEADOWS WEDNESDAY

Clifton and McKenzie hosted Queensland star Spotted Elk, runner-up in the inaugural Phoenix at The Meadows last Saturday, and trainer Graham Hall during their Victorian campaign, and a very comparable Meadows trial from Photo Man has boosted their Silver Chief mood.

“He’s had a couple of trials at The Meadows and been impressive,” said Clifton.

“Spotted Elk stayed with us for the Phoenix and Photo Man went very similar early and quicker overall in a trial and she’s gone on to run second in the Phoenix!

“It’s really exciting to have a dog good enough for a race like this, but it’s a big step up.

“He’s in a hard heat. Karen Pitt’s dog (Compliance) in Box 2 has gone 5.03sec and the dog on the inside (Blazing Times) has early speed too.

“I think he’s a reasonable chance, but winning the whole thing is a long way away. There’s dogs in the series six months older, but you can’t win it sitting at home in your kennel!”

A son of 2017 Melbourne Cup winner Aston Dee Bee, which won a heat of the Silver Chief but fell in a semi-final, Photo Man is $18 in TAB’s ‘All In’ Silver Chief market.

Clifton is an expert at taking images in his ‘day job’ as a sonographer; however Photo Man is actually named after breeder Gerrie Sneyders.

“We were getting a muzzle fixed by Gerrie and I walked past a yard and said ‘Gee, I like those pups, are any for sale?

“We’d just won a race at Sandown, with Magic Marcia, so we had a few bob to spend, and after Gerrie and Pearl thought about it for a few days, we bought a dog and a bitch.

“Gerrie takes the photos at Warragul, so we called the dog Photo Man, and Pearl organises catchers there, so the bitch is named Catch A Pearl!

“Right from the start I can’t fault Photo Man. He’s a lovely dog, a real gentleman. He does everything right and has done from day one.”