THE seriously ill Pick A Pascal wasn’t expected to live through the night of October 15, 2019. Yesterday at Hatrick he made a winning return to racing. 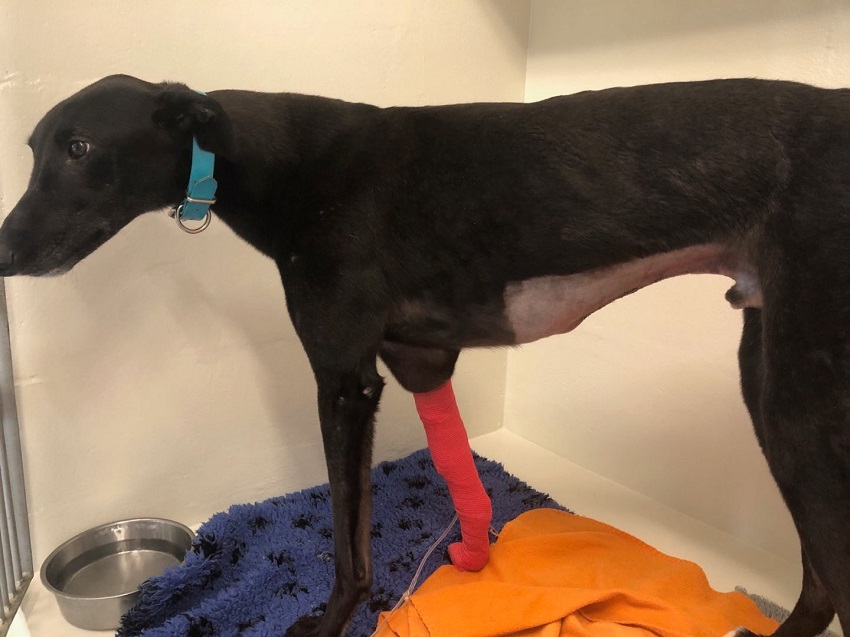 THE seriously ill Pick A Pascal wasn’t expected to live through the night of October 15, 2019.

Fast forward to Wednesday May 20, 2020 and Pick A Pascal delivered an emotional 17.82s 305m Hatrick win at his racetrack resumption.

The following morning his trainers Gary and Sandra Fredrickson found the greyhound in an extremely distressed state in his kennel.

They rushed him to their local Foxton based veterinary clinic where Pick A Pascal underwent emergency surgery on his kidneys.

Gary picks up on the story.

“The surgeon told us that he had literally glued Picka’s (kennel-name) kidneys together,” Gary said.

“He then advised us to expect the worst, saying it was unlikely he would survive the night.

“He rang us first thing the following morning telling us that Picka had not only survived the night, but he had also perked up.

“Days later we brought him home to recuperate with the aim of him becoming a pet. He is an unassuming greyhound with a real lovely nature and he would be an awesome pet.

“It was a complete mystery what happened to Picka. The surgeon said there was a huge amount of blood in his stomach and he discovered two holes in one kidney and a hole in the other.

“He said just a thin piece of membrane was all that held his kidneys together. We have no idea what caused it.”

While his recuperation was progressing smoothly, it was at the start of the NZ coronavirus lockdown (March 25) when life for Pick A Pascal really took an upward turn.

“Picka was full of beans – he was going crazy, tearing all around the place so I said to Sandra, ‘geez we better put him up our straight’.”

The November 2016 whelped son of Fabregas and Lolly Bale handled that task with ease, so Fredrickson put him with another greyhound, which saw him again whizzing up their straight track.

Pick A Pascal had announced that he was ready to be a race dog again, so his conditioners cautiously nominated him for Wednesday’s racing assignment, after they re-registered him to race again and re-qualify him.

Pick A Pascal jumped nicely from his tricky five-trap draw and settled handy to the pace from where he took over the race lead, kicking clear for a remarkable victory.

“We were staggered when he won,” Gary beamed.

“He was a strong dog, so when he jumped I thought, ‘hang on here, he is a chance’.

“I can’t even begin to describe the emotions that surged through me. Yes, I had tears in my eyes. This is clearly our biggest result in racing – not even winning group races could come close to this result,” advised Gary, who had remained at home to attend to the balance of their team while Sandra undertook the race-day handling duties.

“I flicked a video of the race through to the vets – the staff could not believe what they watched and they were reduced to tears. We also have to credit Kirsty O’Sullivan with his recuperation. She is amazing with our greyhounds and she nursed Picka throughout his ordeal.”

They have quickly made an impression, being more than handy strike-rate trainers, predominantly with hand-me-down greyhounds supplied by Brendon and Lisa Cole.

More recently they have struck up a strong racing relationship with the Melbourne based, former NZ TAB bookie Vaughn Clark, who is Pick A Pascal’s owner.

They mentor a number of Clark owned greyhounds. “Vaughn is a super owner – he didn’t hesitate to pay for Picka’s operation, knowing that he wasn’t going to be a racing proposition (at that stage),” Gary added.

Hatrick commentator Mark Rosanowski (Roso) is a former work colleague with Clark and he has remained close friends with his mate since he crossed the Ditch.

It was a very emotional commentary that Roso delivered, calling, “Pick A Pascal gets the lollies – unbelievable. What a return to racing – this is an extraordinary story.”

He also told viewers when previewing the following race that an excited Vaughn Clark had sent him a text saying, “I’m in awe of Pick A Pascal, the Fredricksons and the vet team.”

As Roso continued to say, “This is the beauty of greyhound racing, the love and attention the greyhounds receive is a great reflection of the industry. It is fantastic.”