ZIPPING Kansas has annexed the Group 3 Christmas Gift (520m) after downing Wow in a spectacular 29.46 at Wentworth Park on Saturday night. 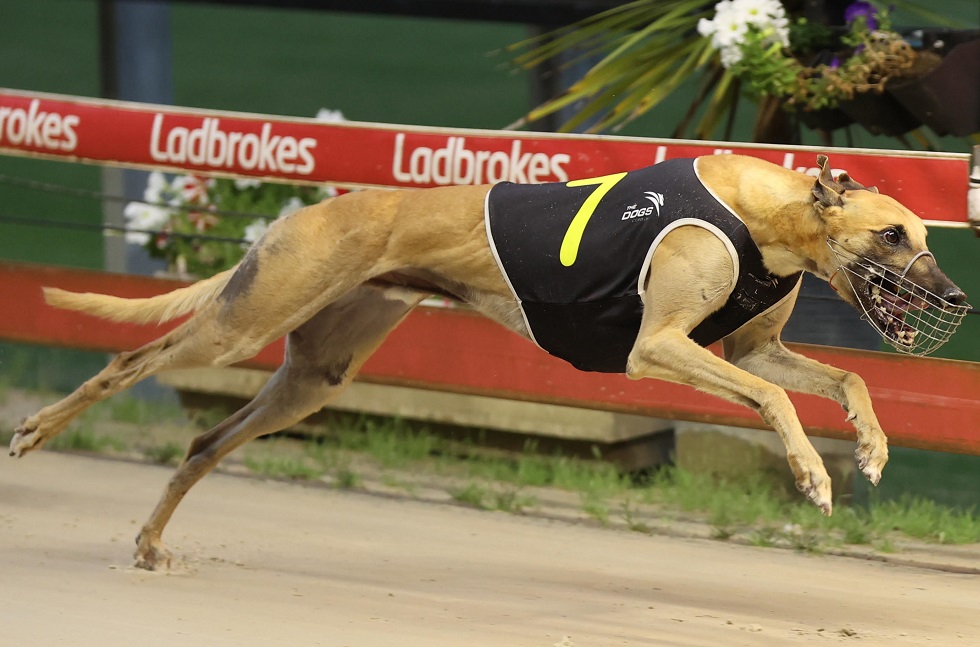 ZIPPING Kansas has annexed the Group 3 Christmas Gift (520m) after downing Wow in a spectacular 29.46 at Wentworth Park on Saturday night.

But it was the lightly raced Zipping Kansas which upstaged his more fancied rivals, the Jason Magri-trained son of Superior Panama running down Wow in match race three to clearly set the time-standard for the series.

Starting at odds of $9, Zipping Kansas’s Christmas Gift triumph was win nine of his 15 start career which to this point has been in stop start fashion for trainer Jason Magri.

Now that was a WIN!

Zipping Kansas has shot to the lead in the Christmas Gift Shootout at @WPGrey tonight, with Wow setting a hot pace and Zipping Kansas mowing him down close to the post to win in a sizzling 29.46!#thedogs #wentypark #matchrace #greyhoundracing https://t.co/6jpGiVy7mZ

From the day they’ve graced the track both Zipping Kansas and his litter brother Zipping Conway have oozed ability with that talent on full display at Wentworth Park on Saturday night.

Bandit Ned bombed the start which opened the door for a potential upset and Mark Moroney’s warhorse sprinter Fire Legend was up for the fight, running out of his skin to just go down in his second Christmas Gift tilt.

The second match race saw a polished display from Zipping Kyrgios, the son of Aussie Infrared comfortably dispatching of Winlock On Top in 29.69.

But while that was the time to beat after the first two clashes it was short lived after Zipping Kansas blew it out of the water in match race three.

The fourth and final match race produced an upset as far as head-to-head betting was concerned with the Jodie Lord-trained Coast Model holding off Sound Of Silence in the drive to the line in 29.74.

Sound Of Silence, expected to be well suited to the two-dog format, went around at $1.16 in head-to-head markets against $5.50 outsider Coast Model.

But after carving out sectionals of 5.38 and 13.79 Coast Model proved far too nippy to score and extend on her glowing Wentworth Park record.