SPEED Star racing returns to Sandown Park on Wednesday evening and what an evening of match racing we have before us over the three distances. 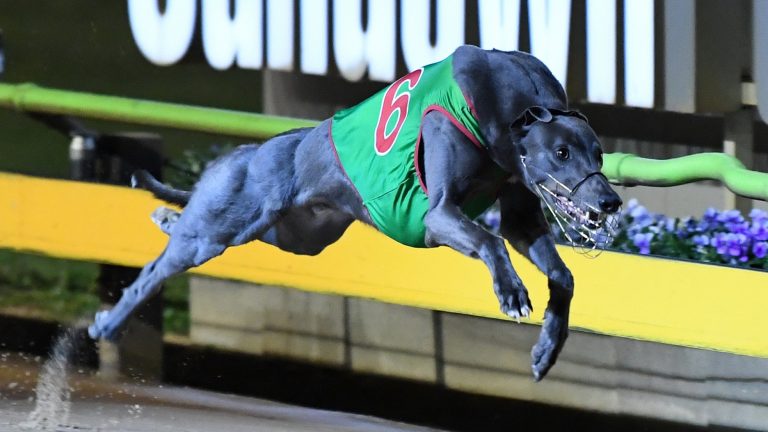 SPEED Star racing returns to Sandown Park on Wednesday and what an evening of match racing we have before us.

Now into its 11th edition, the innovative Speed Star concept has captured the imagination of racing fans right around the country, generating significant publicity along with booming wagering.

As is always the case, Tab.com.au have thrown their weight right behind the Speed Star, offering an array of betting types, sure to catch the attention of punters.

Here’s Tears is the track record holder at the track and distance and while he’s not in the form that’s seen him break records and win Group 1’s, I think he can still get the job done here.

He looks the leader of this pairing and while We The People is suited to the format, I’ve seen just enough from Here’s Tears the past fortnight to go his way.

SA star Sir Truculent gets the call up here to replace Kenny The Brute.

I tipped Line Of Quality in that initial match-up and while not being as confident now, have decided to stick solid.

Immensely gifted greyhound that can run the hands off the clock and if he puts everything together have no doubt he can salute at the decent odds.

This duo slugged it out at Sandown over the journey last week with Hank scoring by just over half-a-length in 41.59.

Going the way of Hank The Hustler on the strength of his 41.38 PB and given he’s got the inside advantage should take up the running and prove hard to gun down late.

Tyler Durden finished a mighty third in the Sandown Cup Final last week and expect he gets the job done here on the back of that heroic effort.

Runs into kennel-mate Weblec Haze and fair to say he’s suspect at the distance even more so than his opponent.

Tipping Fractured to score but think they should be closer in the market.

Fractured has furnished into a very nice middle distance dog and with the aid of the inside should make all the running.

In saying that, I was really taken by Jayville Slick’s performances in WA recently and he’s well suited to the format. Not the worst at the value.

I want to tip the upset in Zipping Annabel but just can’t bring myself to do it.

With Bounce Back you know what you’ll get, a polished all round performance.

Sadly with Zipping Annabel she’s not near as genuine despite boasting loads of ability. Has a tendency of throwing away her winning prospects on the turns.

Most anticipated clash of the night for mine because they’re evenly matched and there’s a degree of uncertainty as to where they land in the run.

Freda Rocks blessed with enormous ability and is back to her pet distance while Nangar Rust returned to winning form with a slashing Bulli win last week.

Toss of the coin for mine but just on his Bulli effort going Nangar Rust.

Sandown Cup winner Zipping Rambo looks a lock in the last clash and he’s my overall tip for the series also. How could he not be?

Went close to Dyna Double One’s record here a handful of starts back and arguably going even better now. It’s a yes for me.

Should be all but a formality here for the Launching Pad hero Kuro Kismet. Has a class and time edge which should see him safely home – smoky for the series as far as I’m concerned.

One of the most frustrating gallopers in training, Equalizer. Blessed with unbridled ability we just don’t see it as often as connections would like. Will prove too strong here and if he strikes the front early expecting him to put up some very slick overall time.

Highly Explosive has a bright future and can reel off booming final sections but it’s hard to see her staying in touch early behind champion sprinter Tiggerlong Tonk. Should prove far too classy the ‘Tonk’ but expecting his rival to be getting to the line hard late.

Wait to see her over 600m and even further.

Clash of the star siblings and what a way to finish off the night. With the benefit of the inside and on recent times you have to be in the corner of Aston Rupee but in saying that I’d have them priced closer together. Expecting a cracking contest!