OWNER Daryl Gaspari was forced to tune into Sky Racing when the talented Queen Of Scotch made her race debut at Angle Park on Thursday night. 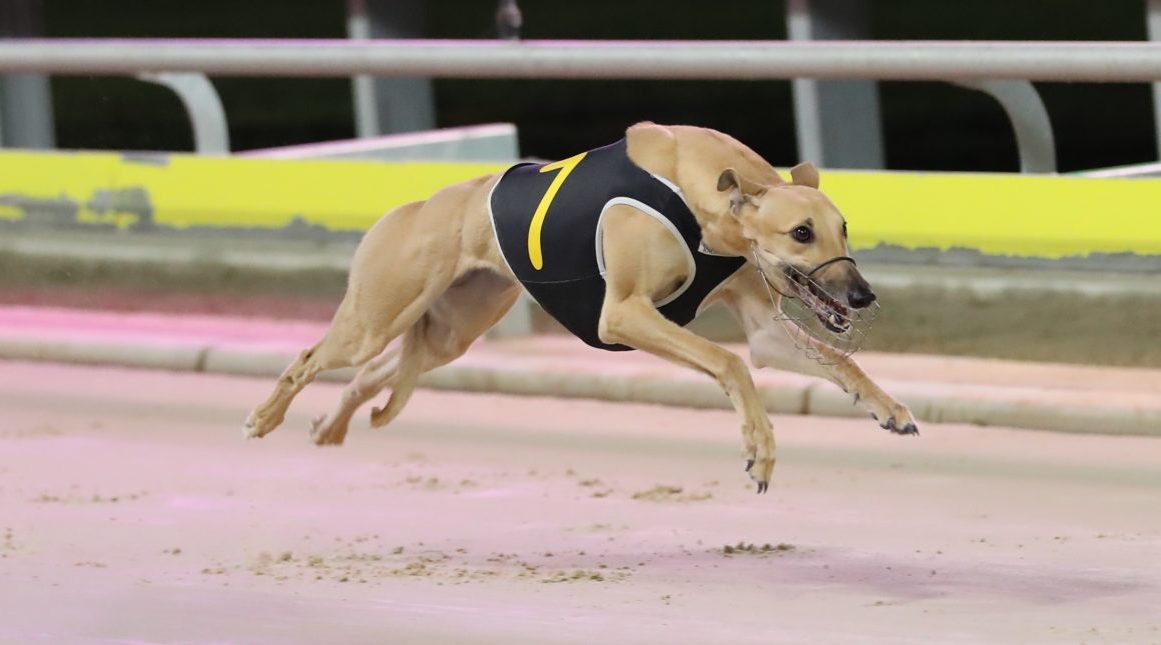 DARYL Gaspari was forced to tune into Sky Racing when Queen Of Scotch made her race debut at Angle Park on Thursday night.

Daryl is “house sitting” for friends in Melbourne, but was glued to Sky for Queen Of Scotch’s impressive race debut when winning a maiden by almost seven lengths in 30.55.

HOOKED ON SCOTCH AT STUD

Daryl and his son Brett own the daughter of Hooked On Scotch and Neytiri Queen.

Queen Of Scotch is not the first winner by Hooked On Scotch, that honour going to Prime Martini, a May 20 winner at Mandurah.

For the past five years, Daryl has been a regular helping hand for leading South Australian trainer Tony Rasmussen both on track and around his Gifford Hill property.

Daryl and Brett have successfully raced greyhounds for years.

They jumped at the chance to buy Queen Of Scotch for $5000 as a pup from breeder Ben George.

She was reared at the Rasmussen property and Daryl kept a close eye on her every time he went to work there.

“Tony has a very big wrap on her,” he said of the daughter of superstar Hooked On Scotch.

“He said she has been trialling the place down at Angle Park and is very good, very good.”

Immediate plans are to keep her to her grades.

“Tony and I have not discussed if she will head towards big races yet,” said Daryl.

“I bought her because her mother is a daughter of Scissor Queen who was such a good race bitch and producer for Ben.”

Queen Of Scotch has a strong 3×3 double on Knocka Norris in her pedigree and is bred on the same Barcia Bale/Queen Size cross as Group star and exciting young sire Beast Unleashed.

The emergence of Queen Of Scotch continues the strong word going around about the ability of Hooked On Scotch’s early progeny.