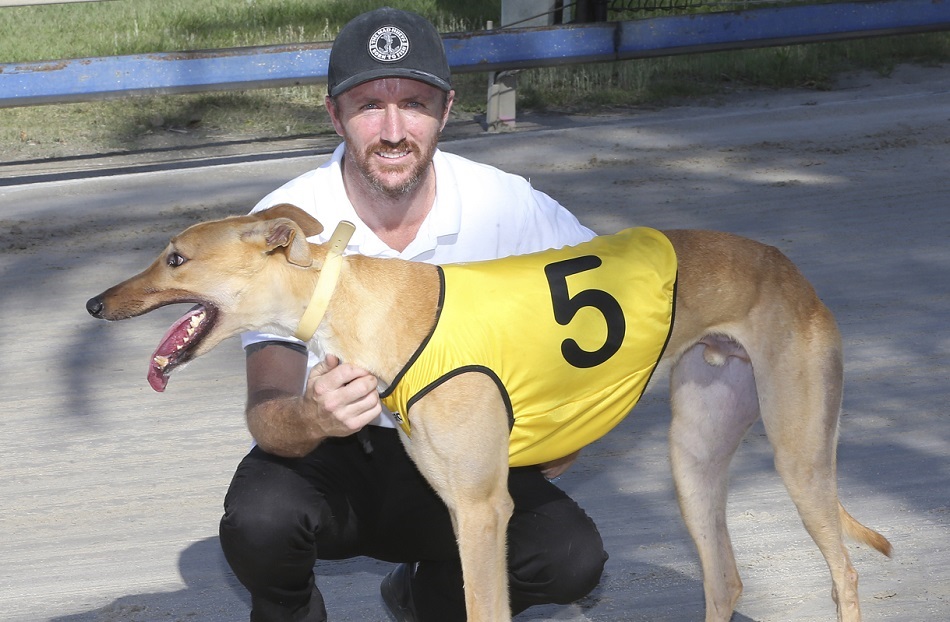 Mad Mick (Zabdon Ferrari-Cake It On) is raced and trained by Ipswich dog man Matt Evans and has won 16 of his 30 race starts.

But the feature of his career is he is unbeaten in 10 starts over 288m at Ipswich.

“I’ve run out of races here for him,” Matt said. “So I had the idea of sending him to the Coles in New Zealand where they cater for short course sprinters with Group races worth a good bit of money.”

Matt rang Brendon who promised to “have a look at the dog” and get back to him.

“It would not have been five minutes and Brendon rang back and said he’d take him,” said Matt.

“Brendon apologised for sounding uninterested when I called but he explained he gets hundreds of calls from Australia from owners trying to get him to take their dogs … and talking them up.”

Mad Mick has to undergo a series of health tests to get clearance to go to New Zealand and these will be done on Wednesday.

“If he gets the OK, he could leave between November 15 and 18 depending on what plane we can get him on,” said Matt.

“Unfortunately he misses out on the Group 1 Galaxy over there but the Group 2 Railway Stakes is coming up.

“New Zealand runs $15,000 short course series every month over 295 and 305 metres. And they have a good run to the first turn. That will suit him perfectly.

“With Ipswich running on Thursday nights for the next two weeks it is unlikely he will get a start, so he will go to New Zealand without another run.”