CONNECTIONS of Sunset Bourbski are searching for answers after the star stayer suffered a career-ending injury at Ballarat on Tuesday. 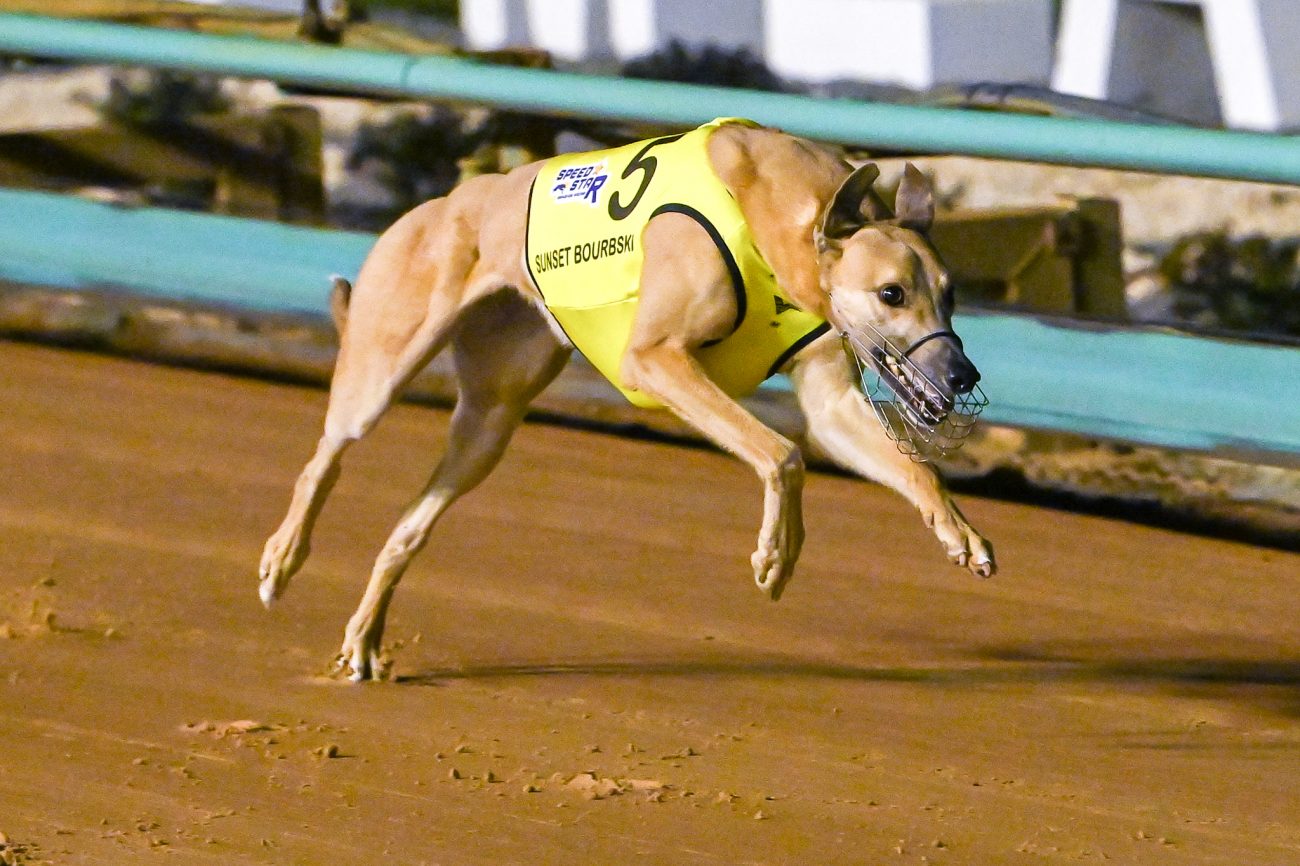 CONNECTIONS of Sunset Bourbski are searching for answers after the star stayer suffered a career-ending injury at Ballarat on Tuesday.

Considered one of the major players for the upcoming Group 1 Sandown Cup (715m), Sunset Bourbski trialled in a brisk 30.88 seconds over the 545 metres before going amiss on the approach to the catching pen.

“It’s a rollercoaster ride this industry with so many ups and downs but we couldn’t have asked any more from her,” part-owner and breeder Ross Davidson said.

“The positive is that while she won’t race again the hock isn’t disastrous. She’ll be in plaster for a good month and then we’ll reassess where it’s at.

“She’s given us some great memories and the Daillys have done a wonderful job with her.”

A last start third in the Group 1 Galaxy at Cannington, Sunset Bourski retires with 17 wins from 53 starts and $209,343 in prize money.

But while connections were initially content that their star bitch’s injury was part and parcel of the industry, events in the past 24 hours shifted that somewhat, leading Davidson to seek some clarity from Greyhound Racing Victoria (GRV).

“Having been involved in the sport for as long as we have both Jason (Lyne) and myself understand that when an injury occurs the first place to go is to blame the track,” Davidson said.

“In all the dogs we’ve sent down to Victoria we’ve never had an injury at Ballarat and it’s regarded as such a good track. But I had a call yesterday to suggest that there were some underlying issues with shiftiness in the turns following a harrow a week or so ago.

“And then after the meeting was called off after one race last night I felt compelled to send GRV an email requesting some clarification on some issues.”

Race favourite Steven was euthanised after suffering a right foreleg injury during the first race at Ballarat on Wednesday night.

It led to Stewards inspecting “the track between the first turn and the home turn” before deeming the surface not “suitable for racing” and abandoning the remainder of the program.

“Had last night’s incident not occurred in the manner that it did I wouldn’t have thought anything more of our issue the day earlier,” Davidson said.

“But as I understand the track is down for a week now with track maintenance to begin today (Thursday).

“With these things sometimes what is being discussed can be a long way from the truth so I’ve contacted GRV and requested some clarification.”

Not three until June, Davidson has no doubt the best was yet ahead on the track for Sunset Bourbski.

“It’s disappointing because the Sandown Cup is the race I’d love to win above all else,” Davidson said.

But while her racing days are over, a future in the breeding barn now awaits.

“She’s due on season around August so we’ll begin looking forward to that now,” Davidson said.

“First stop in all likelihood will be Barcia Bale.”