Qwara Bale As Tough As She Is Talented 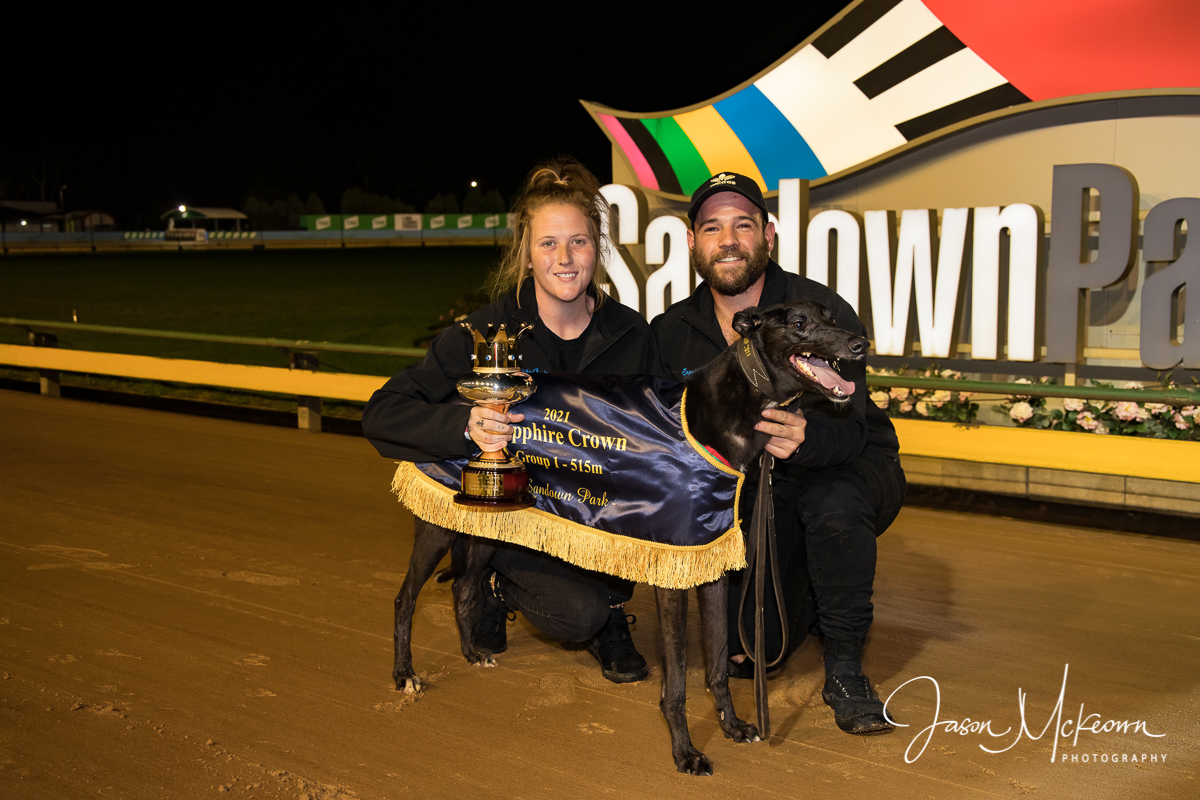 Just five weeks ago the daughter of Allen Deed narrowly won a 4/5th grade at Ballarat over 390 metres.

And on Thursday night at Sandown Park the Andrea Dailly-trained charge spiraled to the top echelon of bitches in the country with a powerhouse victory in the Group 1 Sapphire Crown.

But it wasn’t in the manner many expected, finishing off strongly off a hot pace to add the Group 1 bitches showpiece to her recent Group 2 Warrnambool Cup title.

Last week Qwara Bale sizzled to an all-the-way 29.28 heat victory, a performance which solidified her place in the final as a warm favourite.

But in the final a late betting move on kennelmate Shima Classic displaced Qwara Bale as favourite, the pair taking their place looking to deliver the Dailly kennel a second Sapphire Crown, following the win of Dutchy’s Angel way back in 2000.

And after Shima Classic began brilliantly and carved out a blinding 4.96 early it appeared that it would be the daughter of Mepunga Blazer that would claim victory, the immensely talented youngster blazing along out in front.

But as Shima Classic began coming back to the field Qwara Bale stepped into overdrive, finishing powerfully to score at the finish by a length in 29.27, almost identical time to last week’s heat success.

Finishing second was Carry On Star for Tim Britton while Shima Classic stuck on for third another 1 ¼ lengths away.

Qwara Bale’s emphatic victory from the off the pace confirmed she’s no one trick pony, boasting just as much courage as she has ability.

Yes, she has searing early speed, but she’s more than adept from off the pace as well – the good ones have to be and she’s certainly that.

Just 25 months of age, her record now stands at 13 wins from 22 appearances and she joins Lamia Bale and Xylia Allen as winners of the Sapphire Crown for the Wheeler family.

What’s next for the immense talent will be interesting but it’s hard not to think we won’t see her in Queensland for the winter carnival in the coming weeks ahead.