THERE is just no stopping Qwara Bale - the two-time Group 1 winner powering into another big race final with a slick 29.90 heat victory on Friday. 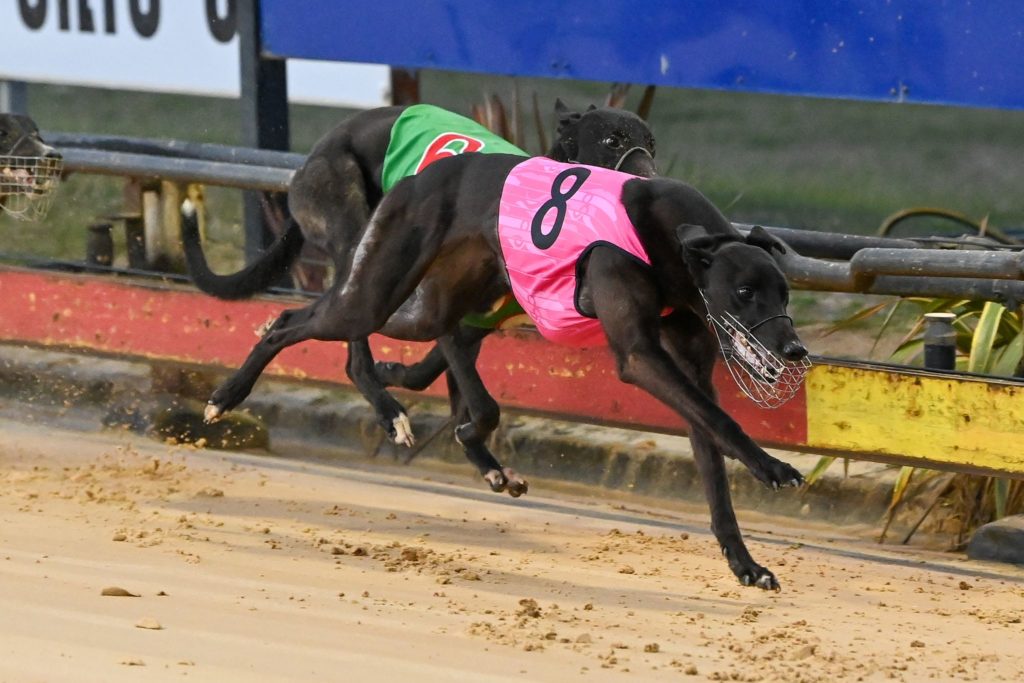 THERE is just no stopping Qwara Bale.

THE two-time Group 1 winner powered into yet another big race final with a slick 29.90 heat victory in the Group 3 Cranbourne Puppy Classic (520m) on Friday.

Three heats of the $25,000-to-the-winner age-restricted feature were run and won on Friday and it was Andrea Dailly-trained female flyer’s which stole the show in each.

Progressive sprinter Lala Kiwi outpointed red hot favourite Koblenz in the opening heat to score by 3 ¼ lengths in a sharp 30.04.

A race later it was Shima Classic which landed the prize for Dailly with a narrow 29.99 victory over a gallant Keep It Black.

Rounding out Dailly’s red-letter afternoon was Qwara Bale which carved out a best of meeting 29.90 to defeat Hill Top Jack by a length and race her way into another big race final.

She will exit box one in next Saturday night’s Group 3 decider at Cranbourne, the first time she will don the red rug since stepping out for just her seventh career start at Geelong in February.

From the gun draw the darling of Australian greyhound racing will start a pronounced favourite for the final where she faces a stern test, her opposition littered with quality big race performers.

At Qwara Bale’s most recent outing going into the Cranbourne Classic she finished a luckless fourth in the Warragul St. Leger behind rampaging winner Aston Fastnet and placegetters Koblenz and Shima Classic, all of which line-up at Cranbourne.

Aston Fastnet qualified for next Saturday’s finale when beaten three lengths by Shima Classic in his heat but given his exceptional recent form it wouldn’t be a surprise if there’s an underlying reason for his slightly below par performance on Friday.