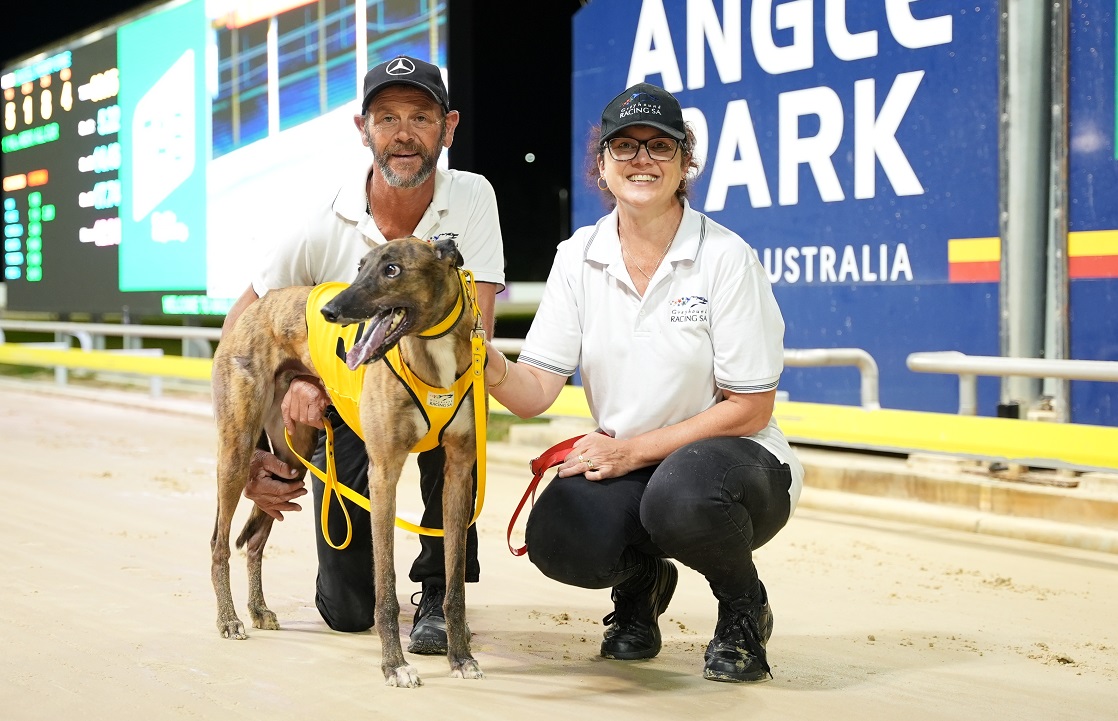 His previous best was six on a Monday night program. He did not have starters in three of the races on Thursday night.

“Yep, we had a good night out,” said Tony today.

“My wife Lisa and I, all the staff, all the casuals who help out, we are all ecstatic.”

Tony, 57, believes he should have made the number eight.

“I thought Lot Of Poise would win the Launching Pad final but he got cleaned up at  the start,” he said.

The Rasmussen kennel has been among the win leaders for years and Tony was premier trainer in 2021.

“I am still on a high. It is very exciting for my family and all the team that help us with the dogs, it’s a massive thrill,” Rasmussen said. “We are all pretty pumped here today.

“I thought I’d win four or five as the dogs were all well boxed. There were a couple that won last night I knew had the ability, but hadn’t gotten the rewards yet so I am happy for it all to fall together.”

“We all love that dog,” said Tony of Victa Grosso. “He is a legend to us and just loves that Angle Park track.

“Victa Grosso is an absolute iron dog. We’ll target the Eastar Match Race Series  and Anniversary Cup with him over the next few months.”

The Rasmussen kennel has 48 dogs in training, plenty in the pre-training kennels and 56 pups being reared.

“We’ve had six winners on a Monday night, but to get seven at the City A meeting is something special,” said Tony. “We are trying to work out if it is a record number of wins for a city race meeting anywhere in the country.”