THE inaugural The Thunderbolt ramped up a notch at Grafton on Saturday night with four heats of the world's richest sprint event run. 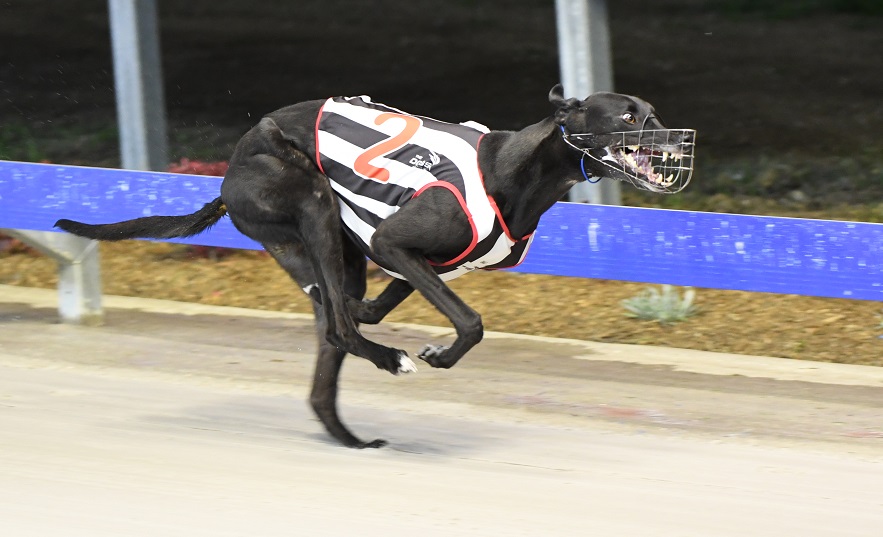 WHILE the race results showed a time difference of .01 between track record breakers Integrity Mate (19.64) and Orson Laurie (19.65), stewards ruled the time for both in the Grafton heats of The Thunderbolt were the same at 19.65.

“The stewards explained it to me and we will go with what they rule,” said Integrity Mate’s trainer Robbie Andrews.

The previous track record of 19.69 was held by Orara Dan.

Four heats of The Thunderbolt (350m) were run on Saturday night and the victories of Fast Liar, Typhoon Sammy and the above pair, highlight just what an exciting series it already is.

Then track record and group star Typhoon Sammy burst through at the first turn and raced away to win the second heat in 19.90 over Apache Don and Orara Dan.

In the final heat Integrity Mate, coming off a track record at Casino only four starts back, also ran 19.65 to win his heat over Dark Fate and Quick As.

Andrews and joint owners, father and son team Allan and Keith Hilzinger, were over the moon with the performance.

“He’s going great and to run two track records in four starts and toss in a Beef Week Cup over 484 metres in between is something,” said Andrews.

Andrews will be desperate for his dog to draw an inside box in the semi-finals next week.

“He won three of three from the red and five from six off the two,” he said.

Andrews rates Integrity Mate the best he has prepared in decades as a trainer.

“I’m loving it for Allan and Keith,” he said. “They are passionate about greyhound racing.

“This dog is only two and a bit and has plenty of improvement in him. He’s the best I’ve had.