LISMORE secretary John Zorzo was standing on the roof of his parents' two story home on Monday as flood waters started entering the house. 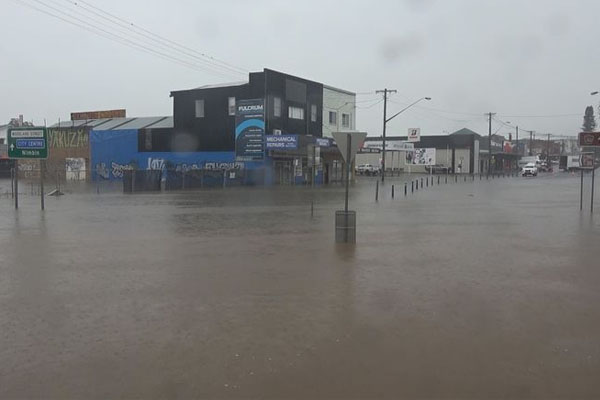 LISMORE club secretary John Zorzo was standing on the roof of his parents’ two story home on Monday morning as flood waters started entering the second story of the house.

His immediate thoughts were of being rescued from the rooftop.

“We will battle it out here but we are among 15,000 people waiting to be rescued,” he said.

Zorzo said of the Lismore greyhound track “who knows” what it will be like when the rain and floodwaters halt.

Lismore has a history of being inundated by floodwaters and with a record flood level today, the damage to the racetrack will be devastating again.

The Grafton track “could race this afternoon” according to club president John Corrigan who has this morning walked the track.

“The trouble will be getting trainers to get through to be able to race here,” said Corrigan.

“Our track is fine and we expect to race on Wednesday if we can get the trainers there.”

“The record flood height has been 12.7 metres, but already this morning it has reached 13.65 metres,” said Corrigan.

Keep, who worked for years as the groundsman at Lismore, said such a record height would have floodwaters lapping the second floor of the track clubhouse.

Capalaba will struggle to race for the next four to six weeks said club secretary Erin Cameron.

“At this stage we can get nowhere near the track to see what needs to be done, and to get things started,” said Erin. “We don’t see the chance of even getting into the track ground until Wednesday.

“But the latest forecast is for more rains Wednesday, Thursday and Friday.”

She said a committee meeting had been held and a meeting with Racing Queensland was scheduled for 11.30am today.

“We have an electrician standing by to make the grounds safe, then water trucks to clean out the kennels and the track surface,” she said.

“We had hoped to transfer a few meetings to Ipswich, but the Council and the RSPCA have taken over the Ipswich Showgrounds for evacuations and for the RSPCA’s pets.

“We have also spoken with our own council at Redlands and they are all on board to help Capalaba as much as possible.”