TASSIE superstar Wynburn Sheean broke the Shepparton track record in a trial on Saturday night in preparation for the p-coming G2 Cup series. 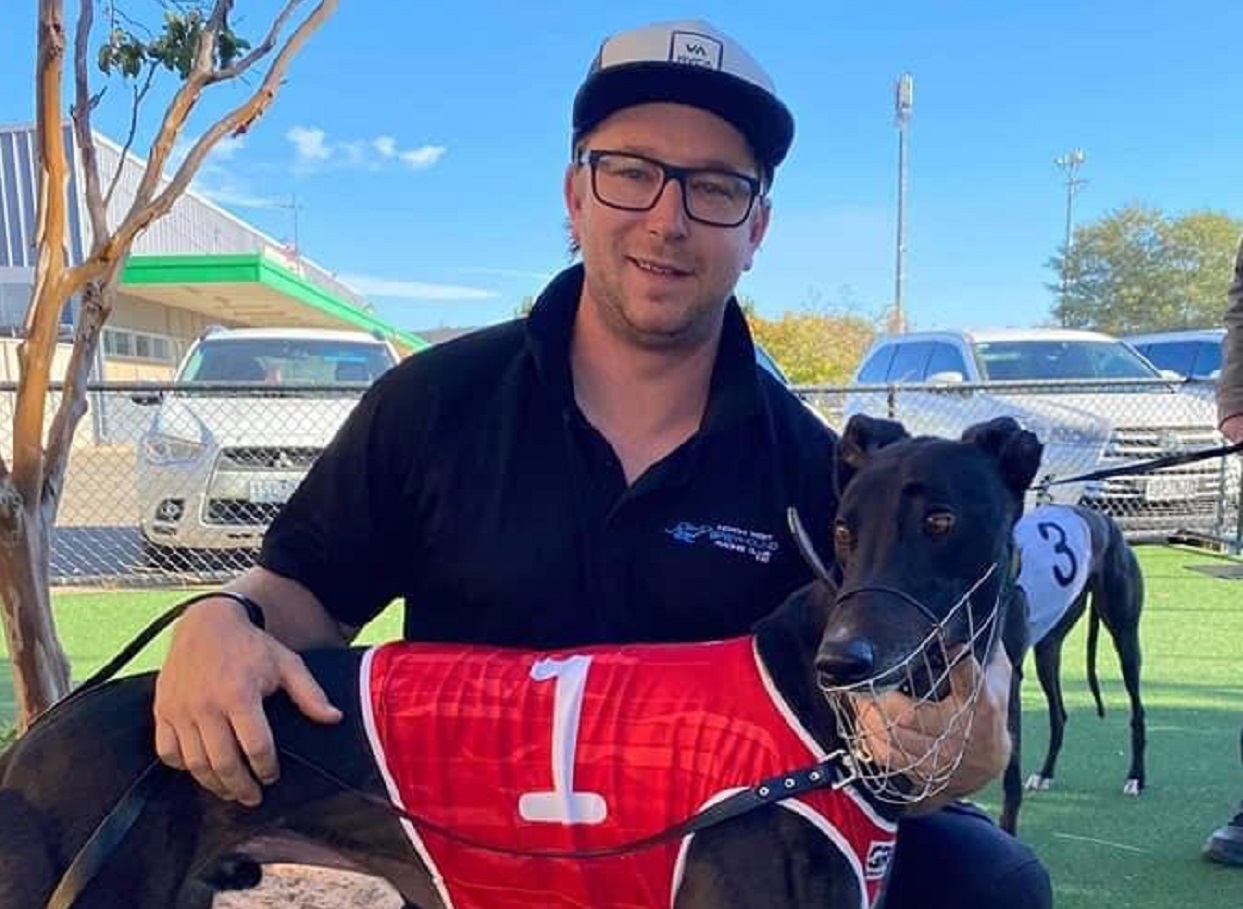 The son of Aston Dee Bee and She’s All Class went 24.763 to eclipse the record of 24.768 set by Group 1 Melbourne Cup winner Hard Style Rico.

Part-owner Tom Englund, whose son Ben trains the dog, was understandably excited by the performance.

“It was a task for the dog because Ben took him over on Friday night on the boat from Tassie, then drove to Shepparton where he got to rest for most of the day,” said Tom.

“He then went to the track Saturday night and trialled after the first race.”

Tom admitted it was a test for their star performer, the winner of 17 of his 21 race starts including the G2 Launceston Cup and G3 Devonport Cup which has also been a finalist in the G1 Hobart 1000.

“Ben is very keen to travel with him to Victoria and New South Wales and that is the plan after the Shepparton Cup,” said Tom.

In the meantime, Wynburn Sheean will run in the Reg & Aileen Ivory Final (452m) at Devonport tomorrow but Tom is not the least concerned about the quick back-up after the trip to Shepparton.

“He’s pulled up great and checked out good since he got home,” said Tom.

“Of course we will not know for certain if the trip has affected him too much until he races on Tuesday night.”

The Englunds are amazed at the nature of their dog.

“He has no people skills, no social skills, but is a true professional,” said Tom.

“He is one of those dogs who just wants to be left alone. David Booth did a remarkable job of breeding and rearing him.”

The Englands bought Wynburn Sheean from Booth for just $4000 after he had one trial as a young dog.

“He is a tough dog too and that is one of his best attributes,” said Tom. “He can take a bump and still keep coming.

“He reminds me so much of Wynlee Spirit which won the Maturity for me many years ago.”

Tom said travelling dogs from Tasmania during Covid had become a nightmare and would impact whatever future plans he and Ben had for the dog.

“Getting onto the boat to get to Victoria is the best option for us at the moment,” said Tom.

Heats of the Shepparton Cup are scheduled for next Monday.