AFTER only debuting in November, It’s Only Money is drawn to complete a meteoric rise in Saturday night’s Silver Chief at The Meadows. 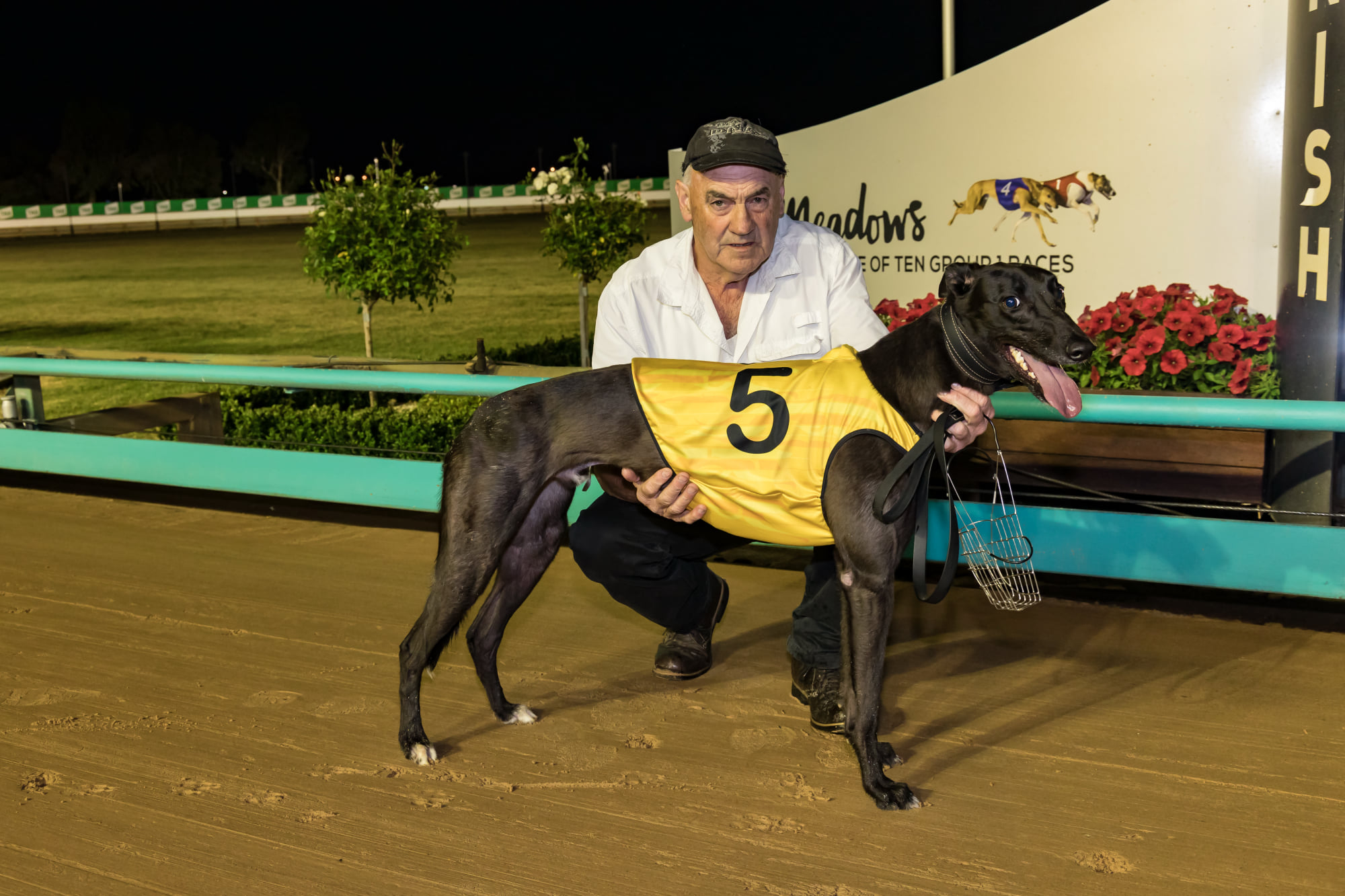 AFTER only making his debut on November 12, exciting youngster It’s Only Money is drawn to complete a meteoric rise to stardom in Saturday night’s Group 1 TAB Silver Chief (525m) at The Meadows.

After drawing the prized rails alley for the $100,000 to-the-winner final, It’s Only Money is an $8 chance with TAB.

Not two until February 26, It’s Only Money is unbeaten in two visits to The Meadows, with his dominant heat display a sharp improvement on a 30.30sec success at his previous start.

“I was really pleased with the way he didn’t get intimidated,” said Vaughan.

“He had a lot of pressure on him on the first turn but he didn’t give an inch. He held the lead and away he went. To see an inexperienced dog do that was what pleased me the most.

“Going into the heats, I didn’t think he could win, so he really surprised me.

“I’m just pleased for the dog. He’s done everything right so far and has come a long way in a little time. He’d never even trialled over ‘500’ before his 30.30sec win at The Meadows (December 15).”

It’s fair to say 65-year-old Vaughan is keen to avoid the spotlight and let It’s Only Money do the talking, electing to downplay his homebred excitement machine’s Silver Chief prospects.

“I’m going to need all the luck in the world,” Vaughan said.

“But drawing Box 1 gives him a chance – I wasn’t going to give it back!

“I’m just hoping he can take full advantage of ‘the red’. That’s the key.

“I’m thinking he would have to lead to be a chance. I can’t see him coming from third or fourth to win against dogs like these. He’d have to lead and pinch a bit of a break.

“The dog drawn next to him (Slingshot Jonesy) has early speed too, so I’m glad we’re drawn on its inside.”

It’s Only Money is a son of 2018 Melbourne Cup hero My Redeemer, which was unplaced behind another superstar sprinter in Poke The Bear in the 2018 Silver Chief heats, and Vaughan works for My Redeemer’s trainer David Geall.

Having played a behind-the-scenes role in Geall’s phenomenal success in recent years, Vaughan is hoping the Midas touch may have rubbed off as he contemplates a G1 celebration of his own.

“I’ve known Dave (Geall) for a very long time, about 45 years, and I’ve worked for him for the last ten, so I’ve handled some very good dogs, that’s for sure,” Vaughan explained.

“Dave and his wife Rose are terrific people.

“I had It’s Only Money’s litter for the first four months and then they were reared at Dave’s place.

“I raced the mother (Eily West) and the grandmother (Eily McMahon). This is Eily West’s first litter. There was five in the litter and four of them have won now after Petula won at Bendigo yesterday (Wednesday).

“Town Rocker has won three from nine and he was also in the Silver Chief heats but he doesn’t have It’s Only Money’s early speed.”