IN the lead up to Wednesday's Group 3 Speed Star series at The Meadows we relive five of Houdini Boy's greatest career victories. 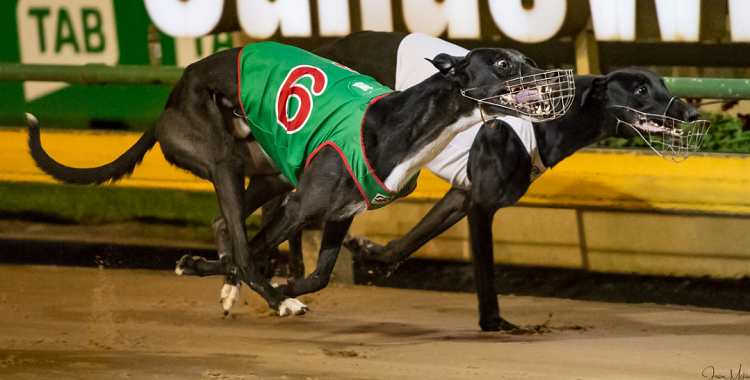 IN the lead up to Wednesday’s Speed Star at The Meadows we relive five of Houdini Boy’s greatest career wins.

Last September, the son of Zambora Brockie, now standing at Newhaven Stud, blew his opposition away to land the Group 3 Speed Star (600m) at The Meadows in a blistering 33.97.

Without doubt one of the most exciting greyhounds to ever grace a track, we look back at five of the dual group 1 winner’s best ever victories – wasn’t he something else!

It was a nondescript 6/7th grade final at Sandown Park last June but when it comes to Houdini Boy’s grandest wins it was without doubt one of the best.

After bombing the start from box eight by a good four lengths victory should have been impossible. But in true Houdini Boy style that wasn’t the case, coming from the clouds for a truly remarkable victory.

A top field lined up for last year’s $20,000-to-the-winner Winter Cup at Cranbourne. That meant the task should have been too much for Houdini Boy to record a last-to-first victory – but he did in mesmerising fashion.

In a spectacular display, the all-distance dynamo blew away his rivals late, recording a stunning 29.78 in doing so.

If Houdini Boy’s Group 1 Sale Cup success doesn’t get the blood pumping I’m not sure what will. Drawn box five for the $75,000-to-the-winner feature, Houdini Boy was out the back in last for the first few hundred metres before weaving his way through the pack into a striking position.

Turning for home the Kel Greenough-trained charge swung three wide before unleashing a devastating finish for victory, landing what would be first of two Group 1 triumphs in an injury shortened career.

From a visual sense Houdini Boy’s Group 1 Zoom Top triumph in February wasn’t as captivating but it was his most courageous. Still learning his trade over the gruelling 725 metres, Houdini Boy made a mid-race move before staving off the late challenge of Stanley Road in one of the most epic of finishes.

It took racing fans just one start to get a glimpse of Houdini Boy’s immense talent with the son of Zambora Brockie making a sensational racetrack debut at Sandown last May.

After coming out a conspicuous last and being carted off the track at the first turn, Houdini Boy still managed to get up and score in the most remarkable of circumstances, a trait that became customary with the dual group 1 winner during his career.