MICK Patterson admits he had second thoughts about throwing Respectability "to the wolves" in the heats of the Grafton Cup on Sunday night. 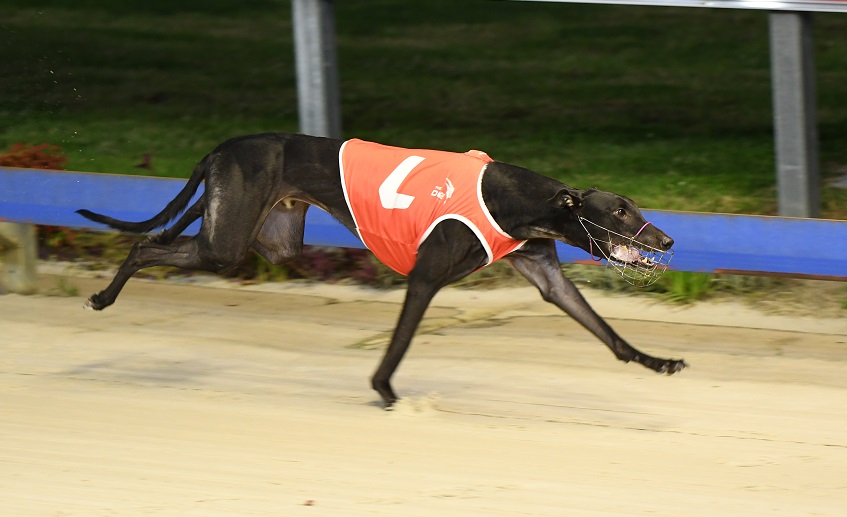 ILUKA training legend Mick Patterson admits he had second thoughts about throwing his hot youngster Respectability “to the wolves” in the heats of the Listed Grafton Cup (450m) on Sunday night.

But, the son of Raw Ability and highly proven producer Fay’s Magic, did not let Mick down winning the heat in 25.41 by two lengths over Victorian On The Bit.

It was only his seventh race start and Respectability had only just won a maiden and 5th Grade at his previous two outings.

Patterson knew just how good Respectability is right from the first moment he put him into training.

“But he got his confidence knocked about somethi9ng terrible,” said Mick of those first four unplaced efforts.

“He had the ability but his head wasn’t in the right place.”

“I was always a knocker for performance trials in NSW,” said Mick. “I like to have a punt on my dogs and I felt it showed them up too much.

“But since I’ve got this dog, he has had no chance to get fields trials. Everyone around Grafton knew how fast he was and they would not trial against him.

“That’s when Reg came to his rescue by putting up some of his dogs to trial against him. And they were pretty smart dogs too.”

Mick says of the Grafton Cup heat win it was easily Respectability’s best performance to date.

“It was getting pretty tight at the top corner but he knuckled down and got to the line to win” he said.

Mick has already done his homework on the final.

“Trapped is going to be very hard to beat,” said Mick. “I’m a fan of the dog and he will be hard to beat. I’m glad we are drawn inside him for the final.”

Trapped (Fernando Bale-Precious Sal) won his heat in 25.47 for Andrew Monaghan beating Olsen Street to take his record to 11 wins from just 18 starts.

The son of Black Magic Opal-Lady Abigail ran 25.36 to win his heat beating Ritza Franky Boy by a length.

It was his ninth win in 28 starts.

“His run home was very strong,” said Mick of Mr Barrow. “He’s the dark horse in the final but I’m not sure he is drawn well in the seven with the fast early Ritza Franky Boy outside him.

“He may struggle to get over.”

Gary Smith’s Grafton 350m track record holder Orara Dan (Magic Sprite-Isla’s Style) has drawn the two in the final and he comes into the race off his strong heat win in 25.50 beating Perfect Nangar.

Mick Patterson says he has no plans for Respectability after the Grafton Cup final but wants to take him to Albion Park when that track resumes racing.

“I fancy his chances in a Speed Star type series,” said Mick.