THE greyhound industry lost one of its most revered identities on Tuesday afternoon with Gerry Lee sadly passing away at the age of 82. 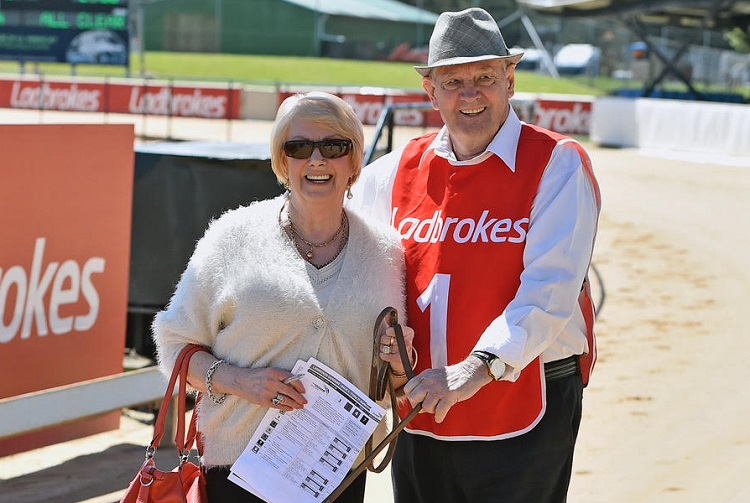 THE greyhound industry lost one of its most revered identities on Tuesday afternoon with Gerry Lee passing away at age 82.

A life-long participant in the sport, Lee’s passion for greyhound racing was profound.

“He was always trying to help people … sometimes to the detriment of himself,” offered his good friend Dave Irwin.

“I met Gerry when he was in his twenty’s so I’ve known him for the best part of sixty years.

“He’d had ongoing problems with his heart with three bypasses. The doctor’s told him he needed a heart replacement because fluid was getting into the lungs and he was deteriorating.

“But at his age Gerry refused to take the opportunity of a replacement away from someone that might be younger and need it more. That was Gerry, always thinking of others.”

Based on the central coast at Wyee, Lee was an integral member of the Gosford branch of the NSW GBOTA, always advocating for the rights of participants and serving to enhance the sport.

“And it wasn’t just in greyhound racing he made a difference either,” Irwin said.

“He took over Gosford Rugby League club when he moved down from Lochinvar and turned it right around. It’s what it is now largely because of Gerry.

“And he helped a lot of footballers along the way as well. With Gerry if you did something wrong he’d be the first to give you a clip while helping you at the same time.

“We had some great times with a bit of skulduggery. He was liked by everyone and had no enemies – except maybe for a few bookies that we got over the years.”

Lee served two full terms on the directorship of the NSW GBOTA, including time as vice-chairman, a clear reflection of the esteem he was held in by his peers.

And while he enjoyed serving in honorary administrative roles for the betterment of the industry, Lee was more than accomplished as a trainer also, preparing many handy greyhounds over the years.

Always one to extend help and assistance to aspiring young trainers, Lee’s passing has been felt by the greyhound community, in particular on the Central Coast and Hunter Valley.

Cup Spot Up For Grabs In SA Match Race Clash