IN just over a week the sand will be laid at Traralgon’s brand new state-of-the-art J-turn greyhound track, another major milestone in the development. 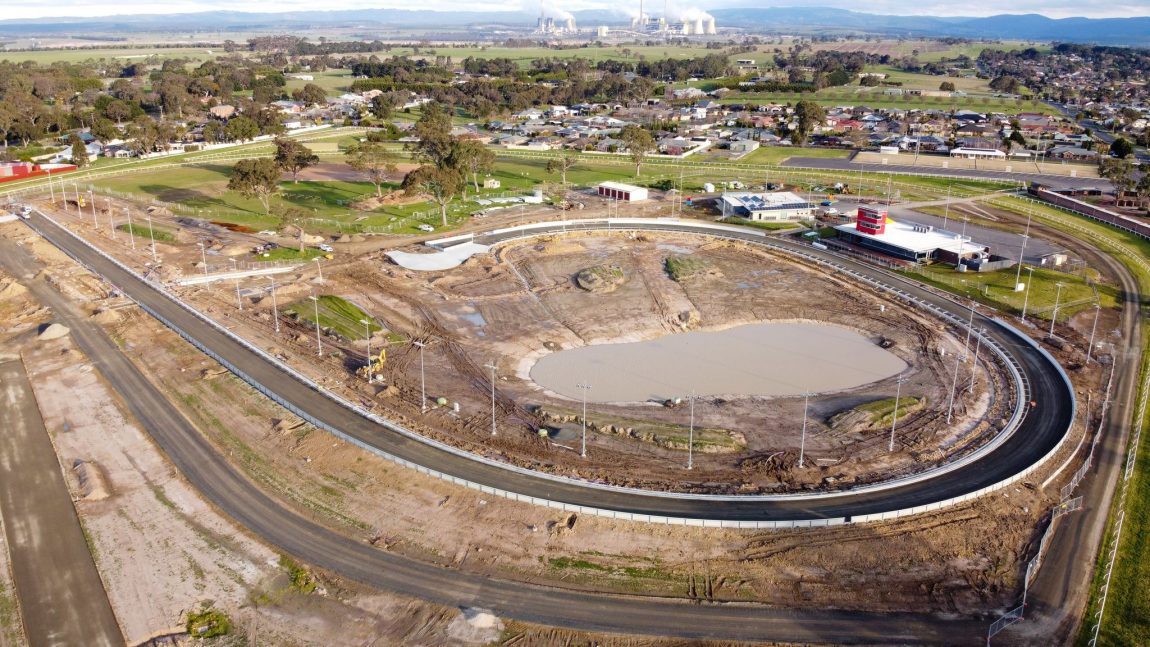 IN just over a week’s time the sand will be laid at Traralgon’s brand new state-of-the-art J-turn greyhound track.

It will mark another major milestone for the groundbreaking $5.8m development which will revolutionise greyhound racing and deliver participants in the Gippsland region with a racing facility that will prove the envy of all others.

And when the track opens for business later this year it will rubber-stamp a stunning turnaround for greyhound racing in Traralgon after racing ceased at the previous track in 2018 when deemed unsafe for racing.

“At the time we had to respond strongly to a track that needed substantial improvements,” GRV CEO Alan Clayton said.

“Decisions of that magnitude – especially to a new track – are never easy but if it can improve animal welfare, GRV will always address it in the strongest way possible.”

Traralgon is now on the cusp of boasting a state-of-the-art circuit which will prove to be the blueprint for track design into the future.

Since 2017, Professor David Eager from the University of Technology Sydney has been working closely with GRV to ensure the industry is on a trajectory of engineering the safest tracks possible.

And when it comes to the evolution of Traralgon, Eager has left no stone unturned in constructing a track comprising a myriad of world-firsts.

“David’s knowledge in this space is profound,” Clayton said.

“GRV charged David with the responsibility of rebuilding Horsham with the introduction of transition turns, camber on the track, a repositioned lure and surface overhaul.”

Changes at Horsham have made it a particularly safe track and led to similar changes being introduced at other tracks. Clayton said this was a testament to the research and hard work of Professor Eager.

“Safe racing is really vital for the future of our sport,” Clayton said.

“Our participants expect a safe racing environment, the wider community expects the same, and our commitment is to meet those expectations.

“But like anything, our track’s will only be as good as how you look after them.

“Getting collaboration with the clubs and track staff is paramount which we’ve made a lot of ground on.”

When it comes to bucking convention and scaling new heights the new Traralgon circuit will do just that.

The track will boast a transition into the first turn of a never before seen 75 metres while the radius is 70 metres.

The camber will reach 8 degrees on the turns and 3 degrees in the straight.

“The 75 metre transitional turn is the longest in the world – we are breaking new ground,” Clayton added. 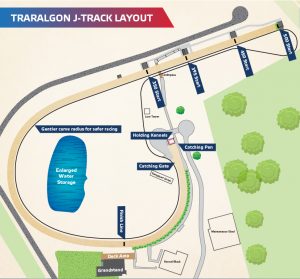 “The way it’s been best explained to me is that at Traralgon the construct of the track will take the greyhounds through the racing journey with no surprises.

“Everything will be done gradually which works towards the greyhounds almost racing in lanes and providing for the safest racing possible.

“That in turn reduces not only interference but the stress placed on the greyhounds through the corners. The science that’s gone into its development is significant.”

As a return to racing at Traralgon nears, Clayton says the sense of excitement in the industry is beginning to intensify.

“There’s a huge concentration of greyhound participants in the region so it was always GRV’s resolute position for racing to return to Traralgon,” Clayton said.

“It’s a $5.8m project and the support from the Victorian Government has been hugely important in bringing it to life.

“The project really is a game-changer on a number of levels. Everything has been designed to the optimum and no stone left unturned to ensure the highest of safety and animal welfare standards.”

And as well as generating a state-of-the-art track, significant work is also being done behind the scenes to engage the greater community.

“We are investing in outdoor areas and a semaphore board which will be utilised on non-race days for the community also,” Clayton said.

“Work is now going into how we best present racing at Traralgon so we showcase it in the most innovative and modern way.

“It’s a really exciting time for Victorian greyhound racing and when the sand is put down next week it’ll be another significant step forward to racing commencing later in the year.”