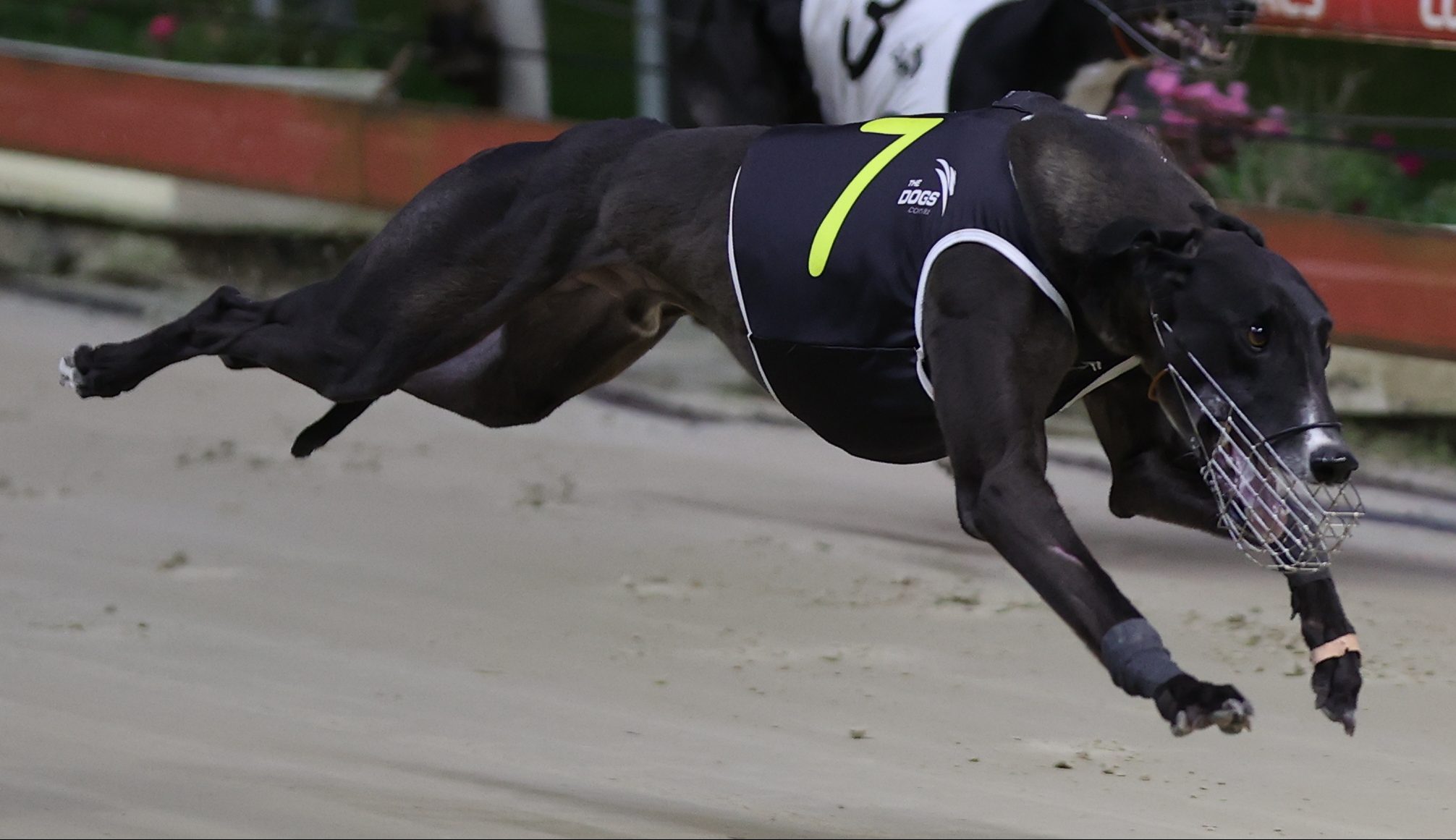 St Albans trainer Paul Galea had a dream result with his first ever runner at Wentworth Park, as Handsome Rhino, one of only three greyhounds Galea trains, clocked the second fastest time, behind NSW’s She’s A Pearl’s 29.47sec.

“I never thought I’d win a race at Wentworth Park, let alone a heat of the Easter Egg,” said Galea.

A son of Aston Dee Bee and Got The Attitude, Handsome Rhino, also bred and part-owned by Galea, has always demonstrated G1 potential, qualifying for the Maturity Classic last July, finishing fifth to Qwara Bale.

Another Victorian is through to the Semis of the Ladbrokes #GoldenEasterEgg after Handsome Rhino won Heat 9 at Wentworth Park Greyhounds in 29.73, with Boston Garden and Lala Kiwi rounding out a Victorian trifecta!

But he’d won only one of his previous ten starts – a 600m success at The Meadows – prior to tackling the Easter Egg heats.

“I always planned to have a go at the Easter Egg, that’s why I didn’t put him in the Shepparton Cup, but he still had to show me something,” explained Galea.

“I tried something different and gave him a couple of 600s to get his fitness up – I think he’ll make a good 600m dog – and then I freshened him up. It looks like it’s worked so far.

“He trialled good at Geelong over 400m last Monday. He went four or five lengths quicker than anything else, so I decided we’d have a crack at the heats.

“I wasn’t sure about the travel because he was disappointing when I took him to Dapto for the (G1) Megastar, but I can go back with extra confidence this week.”

Suitably drawn in Box 7 in Heat 9, Handsome Rhino was a $15 outsider in a market dominated by Victorians.

Handsome Rhino jumped well to be sitting a close second behind Boston Garden and after levelling up turning for home, he powered clear, defeating Boston Garden by 2.25L, with a further 4L to third-placed Lala Kiwi.

“I thought it was one of the toughest fields; I was just hoping I could run a place,” said Galea.

“He did trial at Wentworth Park last year, before one of the feature races that ended up being called off because of COVID. He only ran 30.16sec but he went quick early and got really stirred up, watching five or six other trials.

“He’s no slouch, but he’s the type of dog that is always going to need a clear run because he has a tendency to shift off.

“At this level, you can’t afford to make any mistakes, so if you don’t run in a straight line, you make it very hard for yourself. He covered extra ground on Saturday night and still ran a really quick time.

“I want to draw five, six, seven or eight this week.

“Give him the right box and a clear run and he’s a chance to do it again, but I’m just rapt to get this far.”

The two other Victorian heat winners were also highly impressive.

Having won the G1 National Futurity at Wentworth Park in January, Idolize, trained by Peter Presutto, improved her perfect record at the track to three from three with a gutsy on-pace victory, holding Coast Model and local star Wow at bay.

Jason Thompson’s G1 Brisbane Cup winner Equalizer continued his remarkable return from injury with a commanding victory at his first Wentworth Park appearance, his second win in three starts after spending seven months on the sidelines.