BLUE Lorian’s decade-old Richmond record is expected to come under threat when Miss Ezmae and Super Estrella clash over 717m on Sunday. 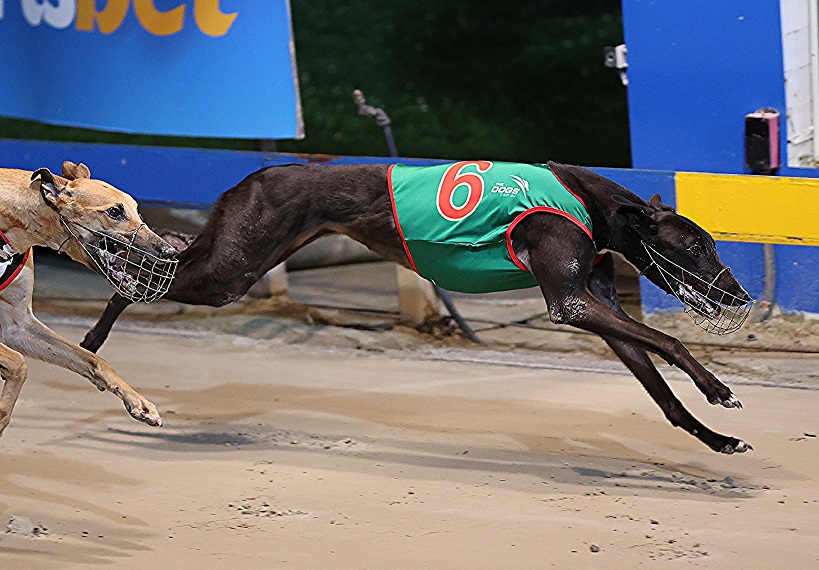 BLUE Lorian’s decade-old Richmond track record is expected to come under threat when Miss Ezmae and Super Estrella clash over the 717 metre journey on Sunday.

It was in April 2011 that dual Group 1 winner Blue Lorian posted a record breaking 41.66 over the Richmond staying journey, a time-standard that has remained intact since despite being menaced by a number of classy half-milers.

The closest it has come to being lowered was by former top flight stayer Poco Dorado which recorded a tantalizing 41.67 this weekend precisely three years ago for John and Minnie Finn.

And this Sunday the record is expected to get a decent nudge again when hugely exciting bitches Miss Ezmae and Super Estrella clash in the $5,000-to-the-winner GRNSW Stayers event, race six on the card.

Miss Ezmae makes her Richmond debut for Jack Smith as the winner at nine of her 15 starts which includes some mind-blowing middle distance performances, where she’s captured both the Bathurst 618m and Dubbo 605m track records.

Super Estrella lines up off some equally impressive middle distance form for trainer David Smith but unlike Miss Ezmae is proven at the staying trip, winning the NSW National Distance Championship (729m) at Dapto last month.

Just a casual win by 15L from Miss Ezmae at Dubbo on Saturday night! 🥵

That's 5 wins from her last 6 starts, and she is flying at the moment!

“It’s been tricky preparing her for Sunday’s 700 metre race because I wasn’t confident of it getting enough nominations and going ahead,” Smith said.

“I expected she’d probably have had to drop back to the 600 at either Richmond or Bulli again so she’s probably not hard fit to break a record, but she’s naturally very strong.

“Her slips since her last win at Bulli 12 or so days ago have been the best she’s ever gone so I couldn’t be happier with her.

“She goes into the race fit and healthy and box eight won’t hurt her either.”

15-time winner Super Estrella will be making her 717 metre Richmond debut on Sunday but is well versed at the track having posted a blinding 30.49 over 535 metres and sublime 35.27 over 618 metres.

But Smith admits that Sunday’s task against a red hot Miss Ezmae is a daunting one.

We're on Super Estrella in the NSW National Distance Championship at @DaptoG – who do you like?

“I saw her last win at Dubbo where she won what looked like 20 lengths – she went like a rocket,” Smith said.

“She’s obviously got a huge motor and she’s in great hands with Jack so she’ll be hard to beat on Sunday. It should be a good race but whether the record will be broken we’ll have to wait and see.”

Miss Ezmae and Super Estrella are joined in Sunday’s event by last start 42.01 Richmond winner Kylie Keeping and the supremely bred Zipping Nebraska, runner-up at her four most recent appearances.