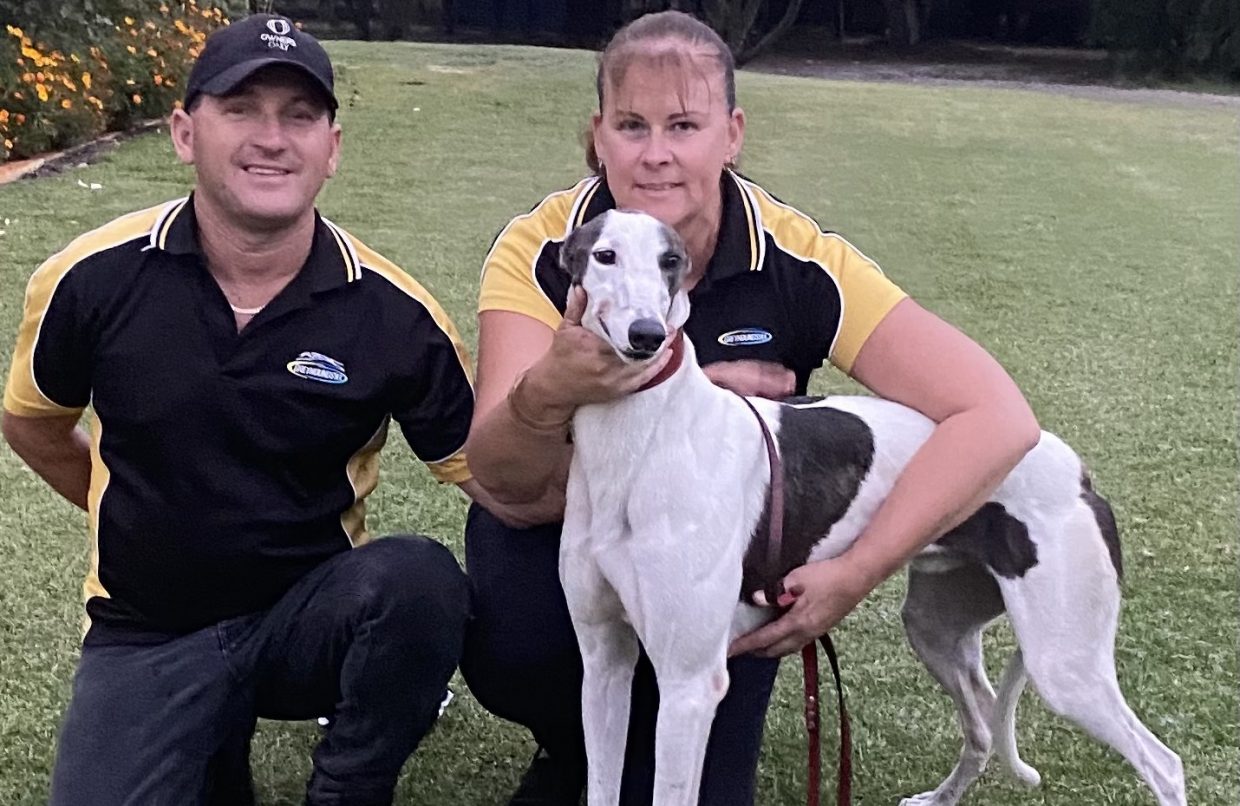 DOMINO Mac equalled the 490m track record held by Zack Monelli, exactly one year after Dave Hobby’s now star stayer had set the mark, when running 27.02 in a heat of the Mandurah Derby on Friday night.

For trainer Kylie McLennan who, with husband Ron bred and owns the son of Rippin’ Sam and Illusive Dreama, it justified her belief in the promising dog which only made it into the series by four days.

“It is amazing that Zack Monelli ran the record in a heat of the Derby on April 24 last year, and now here comes our dog one year later to run the same time in a Derby heat,” said Kylie.

The McLennans bred Domino Mac from Illusive Dreama which they also bred from a home-bred mating of Ricky’s SA Robber and Roxy Mac.

“When it was time to breed with her I wanted a Fernando Bale sire because he was out of our reach himself.

“Rippin’ Sam was such a great race dog, so we went with him.”

Kylie and Ron kept all 10 pups from the litter, broke them in and now race them all.

“We have a litter brother called Impact Mac who has always run faster times than Domino Mac, but he’s on his way back from injury,” she said.

Domino Mac took some time to learn the racing business.

“He is the calm one in the litter,” said Kylie.

“He’s so much more relaxed than the others. But he took 10 starts or so to learn what to do.

“But, once he started to click off he went.”

The dog has been kept to Mandurah for almost all of his career to date with the exception of two runs back when he took on a heat of the Perth Cup.

“You never know if you don’t give it a go,” said Kylie of the Cup heat run.

“He was knocked down in the back straight and fell and my heart sank. We got him checked over and found he was OK, then gave him a trial at Mandurah and he went 27.25 so we knew he was ready for the Derby heats.”

Domino Mac has drawn the eight in the final and Kylie says Earn The Answers is the one to beat.

“Our bloke has the quickest section and I like him out of the eight because he can stay out of early trouble,” she said.

“But Earn The Answers has lots of early speed as well.”