A FEW months ago, Geoff Collins had his eyes set firmly on the Group 3 Launching Pad with a highly promising youngster called Phase. 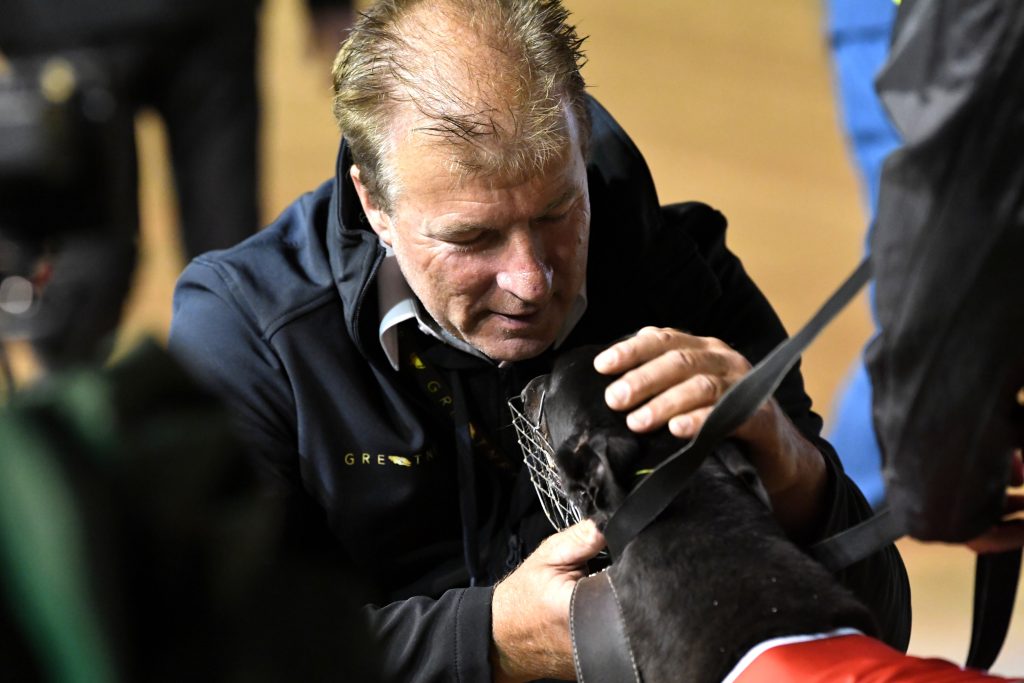 A FEW months ago, Ballarat-based Geoff Collins had his eyes set firmly on the Group 3 Launching Pad with a highly promising youngster called Phase.

He spent the $2000 to purchase a ticket into the series, setting his dog firmly on the path for a race that lives right up to its name as a launching pad for greatness.

“The pup was ready to go, having won four out of four at Warrnambool, Ballarat and Bendigo, but he came up a bit short and I decided to spell him instead, let him grow up and wait for the future,” said Collins.

The decision left Collins with a ticket for the Launching Pad but no dog to use it.

“So I did a bit of searching around and heard Dave Geall had a nice youngster called Fernando Mick he thought could show up in the series,” said Collins.

“But Dave and the dog’s owner Paul Connell had not bought a ticket to the race.

“I offered them my ticket for a deal on the prizemoney the dog won in the series.

“Dave and Paul were happy to go that way.”

Fernando Mick goes into Thursday night’s Group 3 Launching Pad final drawn box four, coming off a 29.30 heat win and a storming finish to run second to Destruction in his semi last week in 29.39.

“He’s got the four but he’s a dog better suited four or five and outwards.

“The dog has a serious motor and if he can step this week he will be right in the race.

Collins admits living at Ballarat will see him restricted to watching the Launching Pad final on TV.

“I’ll switch over during the footy,” he said.

“Getting to Sandown from here means we have to plan everything to suit the trip away. We do that when we have dogs racing ourselves.

“I’ll leave the Launching Pad up to Dave and Paul to handle and good luck to them.”

Collins is one who raves about the concept of the Launching Pad.

“The best dog does not always win the final, but you can guarantee the final always tosses up some really classy dogs for the future,” he said.

“These young dogs are so exciting, all up and comers. In fact, these are the next year’s group dogs for certain.”

Fernando Mick comes into the G3 final, worth $150,000 to the winner, off five wins and nine placings in 19 starts.

As Geoff Collins says, the place money of $40,000 for second and $20,000 for third is fabulous stakes for such youngsters.

“It really will be a fairytale come true if he can win,” said Collins.